Reuters reporters Wa Lone and Kyaw Soe Oo gesture as they walk to Insein prison gate after being freed, after receiving a presidential pardon in Yangon, Myanmar, May 7, 2019. REUTERS/Ann Wang

The International Press Institute (IPI), a global network of editors, media executives and journalists for press freedom, welcomes the release of Reuters journalists Wa Lone and Kyaw Soe Oo from the prison and urges Myanmar to ensure that their convictions are fully expunged.

Wa Lone, 33, and Kyaw Soe Oo, 29, spent over 500 days in prison on the charges of violating the Official Secrets Act. They were sentenced to seven years imprisonment in September. Last month, Myanmar’s Supreme Court upheld the verdict on appeal.

The two journalists were released Tuesday under a presidential amnesty granted to some 6,500 prisoners to mark the traditional New Year festivities that began last month.

“The release of Wa Lone and Kyaw Soe Oo is a welcome move by the government of Myanmar, coming after months of international criticism”, IPI Director of Advocacy Ravi R. Prasad said. “But we should be very clear that Wa Lone and Kyaw Soe Oo committed no crime and should never have been in prison in the first place. They were punished for reporting critically on alleged abuses by Myanmar’s security forces. We urge Myanmar to ensure that the two journalists’ criminal record is fully expunged to reflect the fact that journalism is not a crime.”

The two reporters were detained on December 12, 2017, while meeting with two police officers at a restaurant. The pair’s arrest was in connection with articles they had written on the crisis in Rakhine state, where an estimated 655,000 Rohingya Muslims have fled from a fierce military crackdown on Rohingya militants. The Ministry of Information in Myanmar said at the time that the journalists had been arrested for possessing illegally acquired secret government information and documents, allegedly given to them by the two police officers at the restaurant. 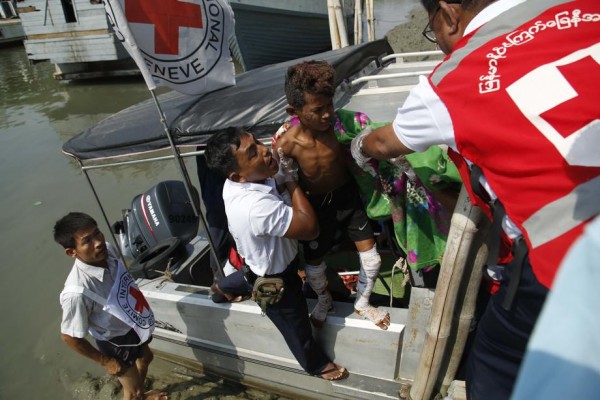