A man rides his moped past a government billboard displaying George Soros in monochrome next to a message urging Hungarians to take part in a national consultation about what it calls a plan by the Hungarian-born financier to settle a million migrants in Europe per year, in Szolnok, Hungary, October 2, 2017. REUTERS/Bernadett Szabo

Since assuming power for a second time in 2010, Hungarian Prime Minister Viktor Orbán has drawn international scrutiny for efforts to silence Hungary’s critical media. What is less widely known, however, is that the Hungarian government has built, using public funds, a well-oiled media machine dedicated to producing disinformation for propaganda purposes.

Disinformation campaigns are a global phenomenon. But what makes the Hungarian case so disturbing, observers agree, is that it makes no effort to hide its activities – there is nothing “shadowy” about it. The channels used to distribute pro-government propaganda in Hungary are not automated Twitter bots or untraceable Facebook accounts, but media outlets supported with government money, including widely read newspapers dependent on state advertising, online news sites teeming with government-funded banners, and morning talk shows on the public television channel.

Content that would be considered too outlandish by all but the most fringe European news outlets is regularly published in Hungarian media that receive generous helpings of public money. For example, Infowars, a conspiracy-theory-peddling American website, is quoted as a reliable source in Magyar Idők, which is seen as the most government-friendly of all Hungarian political dailies. Pestisracok.hu, a news site with an editor who used to work for the governing Fidesz party, published a story following the Oct. 1 shooting of 58 people in Las Vegas with the headline “People on Twitter are wondering why George Soros sold his stocks before the Las Vegas massacre”.

“I don’t think the government came up with a step-by-step, evil media plan years ago,” András Dezső, a journalist at the news website Index.hu who has written extensively about disinformation campaigns, told the International Press Institute (IPI). “But ever since Orbán decided to go down the illiberal path, there was no turning back.”

According to Dezső, the history of the Hungarian disinformation industry has had two distinct stages: a “government-friendly” stage and a “government-funded” one.

During the first stage, disinformation spread by Moscow, and conspiracy theories born in international “alt-right” news outlets, simply began to seep into Hungarian media that were uncritically supportive of the Orbán government and needed to strengthen the latter’s narrative. This period took hold between 2013 and 2014, a time in which Russia, following the downing of a Malaysian passenger plane over Ukraine and the annexation of Crimea, amplified its propaganda and disinformation campaign to a deafening and disorienting level.

It was also in 2014 when the dynamic began to shift, however, giving rise to what would ultimately become a home-grown disinformation industry.

Krekó highlighted three factors that contributed to this leap. The first was the Hungarian government’s well-documented plan to dominate the country’s media landscape. Orbán signalled his intention to have most Hungarian media companies in Hungarian hands – a goal that he has now nearly accomplished. Second, Orbán and his advisors recognised that the media environment was changing and that they needed a new communication style to capture a new, younger audience. The prime minister even used the English words “fancy”, “cool”, and “sexy” when describing what he had in mind. This recognition led to the creation of a group of Breitbart-style websites, including 888.hu and the aforementioned Pestisracok.hu, some of which are directly controlled by Árpád Habony, Orbán’s unofficial chief strategist. 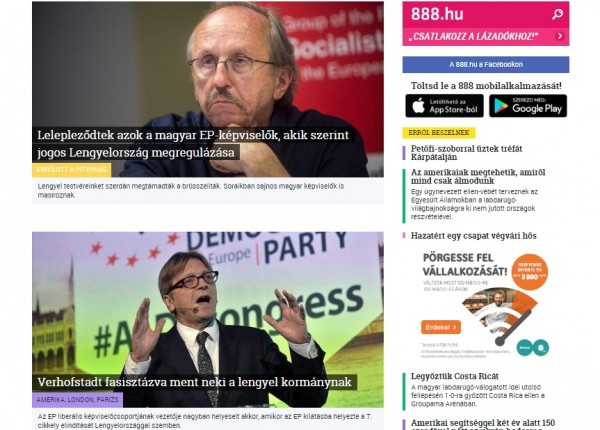 The third factor – and possibly the most important – was the European refugee crisis of 2015, which turned out to be a godsend for the Hungarian government. The crisis both in itself and as a driver of “fake news” and disinformation became an excellent propaganda tool to further Orbán’s political aims.

The refugee crisis is seen as having allowed the Hungarian disinformation industry to complete the full transition to the second stage described by Dezső. Government-friendly and government-funded media outlets are no longer simply republishing “fake news”, experts point out, but are actually producing their own material to serve the government’s objectives.

“The government is more and more conscious and strategic about using fake news directly, and via what we call the ‘Government-Organised Media’”, Krekó explained.

When Russian disinformation campaigns became a hot topic around the world, many Hungarian journalists tried to disentangle the web of amateurish domestic news sites churning out Moscow-friendly propaganda. What is astonishing is that many of the “fake news” websites mentioned in a detailed investigation published in 2016 and covering prior years have now either stopped publishing or have completely lost their readership. The reason seems to be not that they have been unmasked as foreign agents, but rather that mainstream media outlets that are supported by or are dependent on public money have taken over their role and audiences.

According to Krekó’s analysis, the Hungarian disinformation industry has produced no material “innovations” of its own. It mixes the Russian model – much of the content (DC Leaks, the Soros campaign, etc.) is directly imported from Moscow – and the Trump model, which involves smearing the opposition media as “fake news” while at the same time building up a “fake news” empire of one’s own that serves both propaganda and business purposes.

Structurally, however, the Hungarian model is unique in the EU in that it is government-managed and government-funded. Moreover, the fact that the Orbán government has spent its seven years in power gradually silencing independent media makes this model especially terrifying and effective. 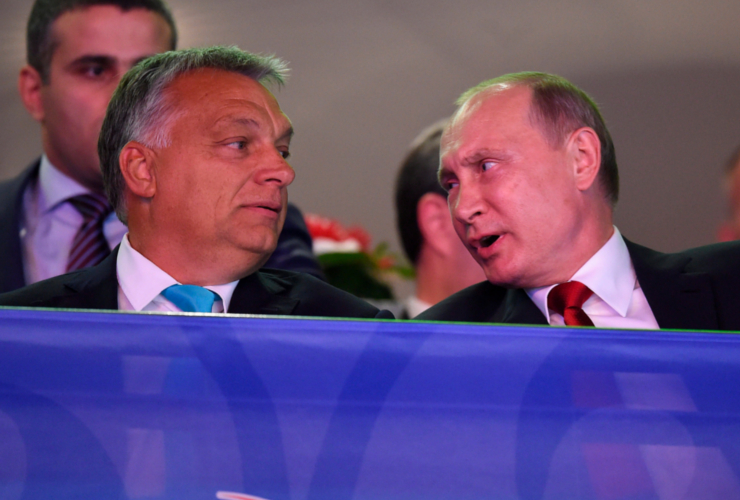 A particularly ugly development in Hungary is the government-funded campaign against the Hungarian-born billionaire philanthropist George Soros. Demonising Soros is not a Hungarian invention, but the thousands of billboards around the country bearing an unflattering picture of him certainly are.

The central piece of the government’s propaganda war over the past several months has been the so-called “Soros plan”, which allegedly aims to bring millions of migrants to Europe and shower them with public money. All government-friendly and government-funded media outlets treat the “Soros plan” as real news, warn about its dangers, and regularly ask security “experts” to comment on why it should be defeated.

Experts around the world debate how effective such disinformation campaigns are and whether they have any real effect besides the moral panic caused by “fake news”. The consensus seems to be that the less media-savvy an audience is, the greater the potential damage. On this measure, “fake news” can have fatal consequences in Myanmar while may only result in short-term disruption in the Netherlands. Hungary, on the periphery of the EU, likely falls somewhere in between.

In Krekó’s view, the Hungarian propaganda industry has only partially succeeded.

“The EU is still popular in Hungary, and the Western orientation of Hungarians is unquestionable, but Vladimir Putin has become more popular than Angela Merkel, and Hungarians consider George Soros and Brussels a bigger threat than Russia,” he commented. “Furthermore, the anti-refugee campaign works perfectly in terms of shaping the attitudes of Hungarian society.”

Dezső is less optimistic and considers the state-funded disinformation campaign a clear success.

“They are deliberately targeting the older and less-educated media consumers, not the intelligentsia,” he said. “By spreading doubt, they at least are able to convince these consumers that all media outlets lie, thereby further weakening the real news media. This can be truly catastrophic in Hungary, where there is hardly any independent media left.”

What is especially telling is that Hungarian officials never talk about the extent to which “fake news” or Russian disinformation campaigns are problematic. Unlike in many post-Soviet countries, in Hungary there is no government effort to educate media consumers on how to separate fact from fiction.

It seems there is simply no public money available for that.