The IPI global network strongly condemns the brutal killing of two young Haitian journalists, Frantzsen Charles and Tayson Lartigue, on September 11. We are alarmed by the escalating gang violence toward journalists and other civilians in Haiti and call on authorities to thoroughly investigate the attack and to ensure the safety of journalists working in the country.

Frantzsen Charles and Tayson Lartigue were shot and killed by heavily armed, unidentified perpetrators in the Cité Soleil neighbourhood of the country’s capital, Port-au-Prince, on September 11. Charles, a reporter for online news outlet FS News Haiti, and Lartigue, the founder of social media news outlet Tijén Jounalis, were reporting on rising gang violence in the area with five other journalists and interviewing the family of a teenager who was killed the day before by a stray bullet.

After conducting the interviews, the group of seven journalists was leaving the neighbourhood on motorbikes marked with “PRESS” signs when they were ambushed and shot at by armed individuals, who were reportedly members of the G9 gang. The other journalists were able to escape unharmed, but Charles and Lartigue were fatally wounded. According to reports, the bodies of the journalists were allegedly burned, though no remains have been found.

According to one of the surviving journalists, the attackers seized Charles and Lartigue’s motorbike and equipment. One of the survivors told The Haitian News that the team was deliberately targeted by the gang members. Pierre Ricot, a journalist from Patience Presse who was part of the group, said in an interview with AyiboPost that the journalists had the approval of the family and a gang leader to visit the area. Ricot and his colleagues tried to call the victim’s phones for half an hour after the attack but could not reach them.

Cité Soleil is one of the capital’s most impoverished neighborhoods that has been the center of violent clashes between rival armed groups. This comes amid a recent wave of intense anti-government protests over rising fuel prices and rising crime that have rocked Port-au-Prince in recent weeks.

Haitian National Police spokesperson Garry Desrosiers stated that police were aware of the shooting and had information that Charles and Lartigue had been killed. Acting Prime Minister Ariel Henry condemned the killings in a series of tweets. Dieudonné St-Cyr, secretary of the Collective of Online Media (CMEL), said in an interview with The Haitian Times that the union was trying to help the families of the two victims retrieve the bodies.

“Press freedom is greatly threatened in Haiti, especially over the past 10 years”, St-Cyr told The Haitian Times. “They are threatened not only by bandits but also by police officers who sometimes take journalists for their enemies and attack them or consider them allies of bandits when they [journalists] go to the slums area to do their work.”

The attack was the second time this year that journalists have been killed by gang violence in Haiti.

In January, two other journalists, Wilguens Louissaint and John Wesley Amady, were burned alive by gang members while reporting in Laboule, south of Port-au-Prince. In addition, photojournalist Maximilien Lazard was killed by police while covering a demonstration in the capital city in February 2022.

“We are shocked by the brutal killing of Frantzsen Charles and Tayson Lartigue, and share our deepest condolences with the families and colleagues of these journalists. Those responsible for this killing must be brought to justice”, IPI Director of Advocacy Amy Brouillette said. “We are also alarmed by the extremely violent and unsafe conditions in which journalists in Haiti operate. We urge the government to take immediate steps to protect the press from further senseless violence.” 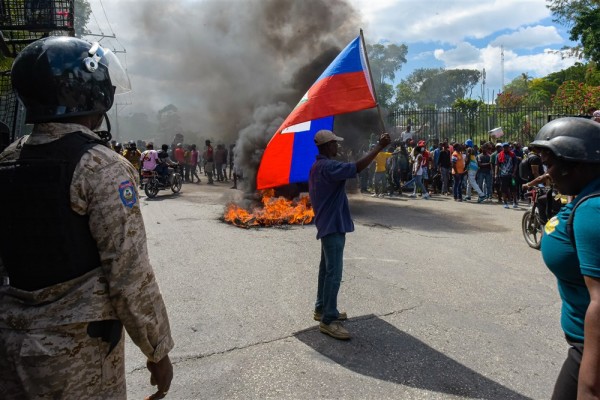