Sudanese people march during a protest against the military coup in Khartoum, Sudan, 13 November 2021. EPA-EFE/STRINGER

The Sudan bureau chief for Al Jazeera, El Musalmi El Kabbashi, was arrested on November 14 in the nation’s capital Khartoum after security forces raided his home. El Kabbashi’s detention came shortly right after street protests against the military coup turned violent with security forces using teargas and gunfire on the protestors. Officials have given no reason for El Kabbashi’s arrest.

“We call on the Sudanese authorities to immediately and unconditionally free El Musalmi El Kabbashi”, IPI Executive Director Barbara Trionfi said. “This is a clear and brazen attack on press freedom. The media must be allowed to freely cover the unfolding events  in Sudan, and the country’s military must desist from all attempts to hinder the work of journalists.”

In a statement provided to IPI, Al Jazeera said it held the Sudanese military responsible for the safety of its employees. “Al Jazeera condemns in the strongest terms the reprehensible actions of the military and calls on the authorities to release El Kabbashi immediately and to allow its journalists to operate unhindered, free to practice their profession without fear or intimidation”, the Doha-based news broadcaster said. “In a world in which the media and journalists face increasing threats, Al Jazeera views this as an attack on press freedom as a whole. The Network reaffirms its commitment to reporting world affairs, objectively and professionally.”

On October 25, military general Abdel-Fattah al-Burhan seized power and arrested Sudan’s prime minister, Abdalla Homdok, as well as other government officials, declaring a state of emergency after thousands of protesters flooded Khartoum’s streets in opposition. At least six people have been killed by military forces during the protests.

After the coup, several journalists have been physically attacked or detained and internet as well as telecommunications have been severely disrupted. Press freedom and safety of journalists in the country was already compromised before the coup, and Sudan has a history of shutting down the internet to silence dissident voices during social turmoil.

Al Jazeera has been targeted by the Sudanese authorities multiple times in the past. In May 2019, the Sudanese Transitional Military Council forcibly closed the Al Jazeera bureau in Khartoum and banned Al Jazeera reporters from working. 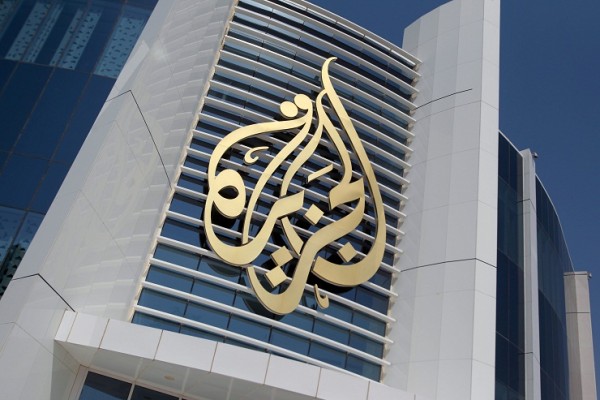