The International Press Institute (IPI) today urged Sierra Leone’s government to drop all seditious libel charges against the editor and publisher of a Freetown newspaper.

Independent Observer publisher Jonathan Leigh and chief editor Bai Bai Sesay were arrested on Oct. 18, 2013 and are due to return to court on Wednesday for publishing a commentary outlining apparent frictions between President Ernest Bai Koroma and his deputy, Samuel Sam-Sumana.

Sesay and Leigh were charged with 26 criminal counts under the Public Order Act of 1965 for publishing the column, written by an outside columnist who highlighted the alleged leadership rift, saying: “As the political father of the nation [Koroma] is regarded as an elephant but he behaves like a rat and should be treated as one.” The Independent Observer later published an apology for the column.

In a letter, IPI Executive Director Alison Bethel McKenzie has urged the government to drop the charges, which she has described as “excessive”. Leigh and Sesay could face prison sentences of up to three years, if convicted.

The International Press Institute (IPI) is deeply concerned about the ongoing criminal case against the publisher and editor of the Freetown Independent Observer. These journalists have been accused of multiple counts of seditious libel in connection with a commentary (“Who is Molesting Who [sic]: the President or the VP?”), published in their newspaper on 17 October 2013. I am writing to urge that the charges be withdrawn.

IPI believes that the charges are excessive, especially given that the newspaper published an apology on 11 November 2013 and that the publisher and editor of the Independent Observer – Mr. Jonathan Leigh and his chief editor, Mr. Bai Bai Sesay – have offered personal apologies for the language contained in the article. Both spent 19 days in jail following their arrest on 18 October 2013 by the Criminal Investigation Department on a complaint filed by one of your ministers. They have appeared in court on several occasions in connection with the charges, and are due back in the Freetown High Court on Wednesday, 26 February. The severity of the charges and the ongoing legal proceedings risk causing long-term harm to the newspaper, and further proceedings or penalties could deprive the journalists of their livelihoods.

Moreover, the charges brought against the Independent Observer publisher and editor, as well as similar complaints filed against journalists at other media in Sierra Leone, have a chilling effect on the functioning of a free press. You have vowed to abolish statutory penalties for libel and slander, a promise that we welcome. You could now go a long way in showing your commitment to freedom of expression, a free press and respect for democratic rights by dropping the criminal complaint against the Independent Observer’s publisher and editor. 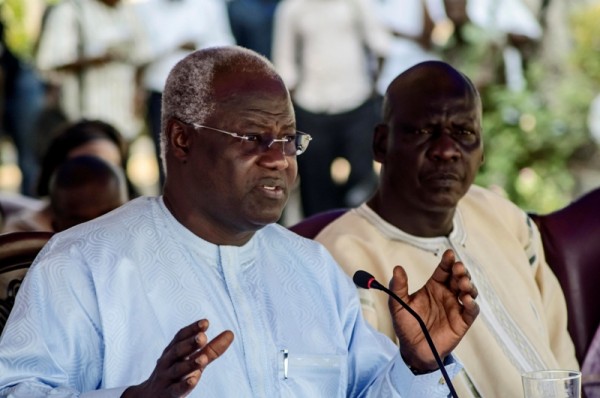