Members of an international press freedom mission to Serbia in January 2018 urged respect for the country's press council, among other recommendations.

Promoting self-regulation in the Serbian media has not been an easy task for the Press Council (Savet za stampu), the Serbian self-regulatory body founded seven years ago.

Modelled on Norway’s Press Complaints Commission, the Serbian Press Council and accompanying Complaints Commission consist of representatives from founding publishers and media owners; journalists and their main associations; and civil society. The Council deals with complaints that members of the public file over alleged breaches of the ethical code, rules on the complaints and generally promotes the Journalist’s Code of Ethics in Serbia. The body’s authority comes from its enforcement of the Code of Ethics.

During a joint press freedom mission to Serbia in January, the International Press Institute (IPI) together with the European Federation of Journalists (EFJ) and the South East Europe Media Organisation (SEEMO) had a chance to talk with Press Council members about challenges to their work. In the meeting, Press Council representatives revealed the obstacles they face on their journey towards a fully functioning self-regulatory system, and provided an overall picture of the current state of ethical standards in Serbian journalism.

Measures to include everyone

The Council’s young age is reflected in the low level of self-regulatory culture in Serbian media. Even though most of the country’s newspapers, magazines and news portals have accepted the authority of the Press Council, some of them still do not publish the Council’s decisions. In addition, Council representatives say that several tabloid media have refused to accept the body’s authority and refuse to publish its public warnings. These outlets are, at the same time, the biggest offenders in terms of breaching the Code of Ethics.

To encourage greater acceptance among the media, the Press Council is calling on the government to include recognition of the Council’s authority as a condition for benefitting from Serbia’s public funding scheme for media. After such a change, a news outlet that failed to accept the Council’s authority and publish the Council’s decisions would not be eligible to receive state funding. Council members believe this move would encourage all media outlets to take part in the self-regulatory system, which is crucial for it to function properly.

“Recognize the authority if you want to have public funds”, Ljiljana Smajlović, a member of the Press Complaints Commission, summed up.

Despite the Press Council’s efforts, the number of ethical breaches in Serbian media is increasing. Between April and November 2017, the Press Council found a violation of the ethical code in 4,717 articles in eight different news outlets. Multiple breaches in the same article were not reported separately, meaning that the number of individual breaches is even higher. In 2015, there were only 2,962 articles containing a violation during the same period. In 2016, the number was 4,402.

“We can see that professional standards are deteriorating”, Tamara Skrozza, a member of the Press Complaints Commission, told IPI.

The variety of ethical code breaches in Serbia is wide: rumours are reported as news, the presumption of innocence is violated by publishing names before official sentences, and the division between facts and opinions is blurred. Equally troubling are smear campaigns against politicians, public figures and other journalists that present accusations without proof. Council representatives also expressed concern about a growing number of cases in which the headline does not match the content of the article or in which the article contains hidden PR.

The Press Council itself has not remained untouched by the phenomenon of smear campaigns in Serbian media. Both it and its members have come under attack.

Smajlović explained that although serial violators of the Code of Ethics refuse to accept the Council’s authority, they are not indifferent to its findings.

“The Press Council’s opinions sting”, she said. “That’s why the violators choose not to publish its findings, offer rebuttals or otherwise engage with the Council.”

Skrozza, who also works as a journalist, has been the target of harassment and attempts to discredit her on many occasions. Her strategy has been to ignore those incidents.

“I have been attacked, but I don’t give a damn about it. Media ethics needs to be discussed”, Skrozza told the mission in January. (Harassment of Skrozza and other journalists flared up again on pro-government media channels shortly after the mission delegation left Serbia.)

The Press Council is under pressure from other directions as well. In a recent statement, the Journalists’ Union of Serbia (SINOS) called for the dismantling of the Council. Council representatives also told the mission that SINOS is encouraging media outlets to disrespect the Council’s decisions.

In December 2017, SINOS and a few other media associations filed a declaration to a working group on a new media strategy for Serbia at the Ministry of Culture and Information. Among other points, the declaration calls for “the dismantling of the existing self-regulatory body because it has been misused in the worst possible way and [the] establishing of a new one”. A copy of the declaration was presented to the press freedom mission during a meeting with representatives of both the Press Council and SINOS.

During that meeting, the president of SINOS, Dragana Čabarkapa, said the wording in the statement might have been poorly chosen but denied that the statement constituted an attack on the Council. She insisted the union’s initial wish was to have a SINOS representative on the Press Council board and to be included in the decision-making process. (The Press Council board consists of the founding members of the Council. SINOS is not a founding member and thus does not have a member on the board.)

“I am sorry to hear that criticism is perceived as attacks”, Čabarkapa said. “Our complaint is that there is now a group of people who get to decide all by themselves. We have no representative and no communication.”

For its part, the Council denied any lack of communication between itself and media associations beyond the Council’s founding members. Nor does it see the need for another representative to be added to the board.

In an email to IPI, Smajlović said that SINOS is welcome to apply for an individual seat on the Press Complaints Commission, to respect the Press Council and its decisions, or even to ask for the Council’s dismantling.

“But it is not welcome to blackmail the Council by demanding founding member status and a seat on the Board in exchange for tolerating its existence”, she said. “And the Press Council is no less self-regulatory for the fact that it was established by leading and representative media associations, in unison.”

Things are not always easy inside the Press Council meetings either. Smajlović described the meetings as filled with fierce debates and strong disagreements – something she views as very positive.

“This is maybe the only place in Belgrade where people from very different medias and backgrounds can come together and freely discuss media ethics”, she explained. “We debate and even viciously disagree, but at least we are talking very sincerely and very frankly.”

Creating a culture of self-regulation

As its greatest success the Press Council highlights the rise of media ethics as a topic in public discussion.

In addition to publishing its findings, the Council holds public sessions once a month where it talks about its latest decisions. The European Commission and other international bodies have praised the body’s work.

“Media ethics has become a topic of public debate since the Press Council was formed, and I think that has been our most important goal,” Skrozza said. “Our work is strengthening journalism as a profession.” 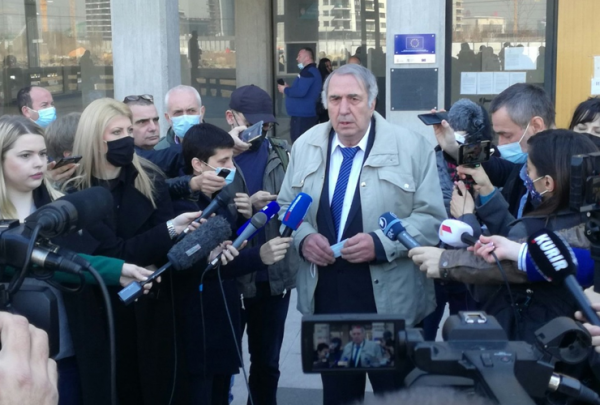 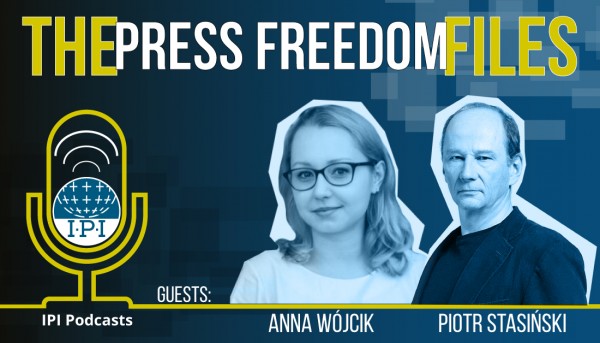