Attacks against journalists flare up in Serbia

Serbian President Aleksandar Vučić meets with representatives of IPI and other international groups in Belgrade in January 2018. Photo: IPI.

According to reports, Bertinchamps, who has lived and reported from Belgrade as a correspondent for French-speaking media for many years, was threatened with expulsion from Serbia after the Interior Ministry (MUP) twice denied him a temporary residence permit in 2017 on the basis of his allegedly posing an “obstacle to public order and national security”. Officials had provided no evidence to support its claims, even though a Serbian administrative court in November 2017 ruled that the MUP must provide sufficient grounds for the rejection.

Bertinchamps, who had not previously had difficulty receiving the permit, said in interviews with Serbian media that he believed the rejection was in retaliation for his critical coverage of the Serbian authorities.

The Bertinchamps affair, however, is only one of a series of incidents, including threats and harassment, targeting journalists that have taken place in recent weeks following a joint press freedom mission to Serbia by IPI, the European Federation of Journalists (EFJ) and South East Europe Media Organisation (SEEMO).

Those incidents stand in contrast to comments Serbian authorities made during the mission. Government representatives, including President Aleksandar Vučić, strongly insisted that press freedom is protected in Serbia and that journalists are able to work without harassment or threats. Notably, several of the reported incidents appear to have come from government supporters or pro-government media and have mimicked anti-media rhetoric employed by government officials.

Online harassment and verbal attacks on the street

The recent incidents have included:

• Following the assassination of Kosovo Serb politician Oliver Ivanović in January, Dragan Janjić, the vice president of the Independent Journalist Association of Serbia (NUNS) and editor-in-chief of the independent news agency Beta, received numerous insults and threats on social media after suggesting that Ivanović’s murder was politically motivated. The threats included suggestions to shoot or hang him, according to the Western Balkans Regional Platform for Advocating Media Freedom and Journalists’ Safety.

The president of NUNS, Slavisa Lekić, said in a press release that by directly naming Janjić in a press conference in Kosovo, President Vučić had indirectly encouraged a smear campaign against him.

“Janjić, one of the most respected journalists in Serbia, received direct threats of beating, even murder, due to an opinion expressed on Twitter that ‘the liquidation of political opponents has begun'”, Lekić said in the press release. “His address was offered publicly. I expect the prosecutor’s office to react immediately and prevent further threats to Janjić’s safety.”

• Kosovo-based journalist Una Hajdari was also attacked after she posted a humorous picture on Twitter of President Vučić on his January 20 visit to Kosovo. The picture depicted Vučić with rabbit ears and nose. Supporters of the president insulted her, accusing her of “hating Serbia, the Serbs and Vučić”.

• Nikola Radisić, who works for the broadcaster N1, was threatened on the street by two men who called him “an American spy and traitor” and told him to never step on that street again. Serbian government officials have repeatedly referred to N1, a CNN affiliate, derogatively as an “American” broadcaster. Notably, President Vučić told the international mission in January that he would stop referring to N1 in such a manner if the broadcaster asked him to.

• A journalist for the daily Kurir, Boban Karović, was intimidated by Liberal Democratic politician Cedomir Jovanović in January after the journalist refused to give him exclusive information on an interview. Jovanović asked for Karović’s address so that he could come or “send someone” there. After Karović refused, Jovanović said they would “sort this thing out tonight”.

• Additionally, NUNS was targeted in an incident in which unknown persons plastered insulting stickers claiming that NUNS is an “enemy of Serbia” and promotes “fake news” across the glass façade of the association’s Belgrade headquarters . NUNS described the incident as a “professionally organized campaign”, noting the perpetrators had apparently gone to great lengths to redesign the association’s logo and print it in colour on quality paper.

All of these incidents were reported to the authorities.

The state secretary of the Ministry of Culture and Information, Aleksandar Gajović, claimed in an interview with Radio Free Europe that he is in no position to condemn attacks or threats against journalists, although he said at the same time that state authorities “should react to every display of force, to any denial of any freedoms”.

The state secretary also hinted that one journalist, Nedim Sejdinović, who had received death threats on social media might have fabricated the threats, “in order to present himself as a victim”. The interview led the main Serbian journalists’ organizations to request the dismissal of Gajović as state secretary.

According to NUNS, Prime Minister Ana Brnabić has reacted to most of the recent cases, saying that attacks on journalists were “unacceptable and inappropriate”.

“It is equally terrible if somebody attacks journalists on TV Pink or verbally attack journalist of N1”, she said.

“As we noted during our mission, it is essential that Serbian officials at all levels send a clear message that any type of harassment against journalists is wrong and that statements condemning such harassment should be issued without conditions or qualifications”, he said. “Political party leaders have a particular responsibility to intervene when attacks against journalists are carried out by those claiming to be their supporters. Similarly, we urgently call on officials to dispense with anti-media rhetoric and verbal harassment of journalists, which last month’s international mission found had contributed to a chilled atmosphere for media freedom in Serbia and which has the potential to fuel physical attacks.”

He added: “Police and judicial authorities must take steps to ensure that all reported incidents of threats made against journalists are investigated and, where appropriate, prosecuted.”

Separately, Serbian journalist groups have noted with concern what they have termed a campaign carried out by the commercial broadcaster TV Pink, widely seen as supportive of Serbia’s current government, against the NGO Centre for Research, Transparency and Accountability (CRTA) as an apparent response to a CRTA report detailing what it called TV Pink’s biased political coverage.

The campaign specifically targeted one CRTA member, Tamara Skrozza, who is also a journalist for the weekly Vreme and a member of Serbia’s Press Complaints Commission. While much of TV Pink’s coverage has focused on Skrozza’s activities at CRTA, the arguments against CRTA’s objectivity and credibility were based on Skrozza’s work with Vreme. According to Serbian journalist groups, the station showed videos of Skrozza that were put together from different clips taken out of context in order to portray her as an “enemy of the state” and as an opponent of Vučić.

CRTA and NUNS encouraged viewers to complain about the coverage to Serbia’s Regulatory Authority for Electronic Media (REM) in a campaign called Wake Up REM. The body received around 300 complaints in just a few days, but REM later issued an opinion stating that Pink TV had not violated any rules and therefore did not take any measures against it.

In a press release, TV Pink responded to the Wake Up REM campaign by insisting that Skrozza’s “propaganda activity” was not the subject of “anyone’s attention”. The statement said that “someone with such a strong political orientation and open hatred” such as Skrozza could not be an objective observer with an NGO such as CRTA and called for Skrozza to step back to “continue her political work” with Vreme.

The issue of Serbia media engaging in “smear campaigns” against journalists, especially those working for smaller, independent media, was raised repeatedly during the January 2018 mission. As it did during the mission, IPI urges Serbian media to refrain from participating in attacks against fellow journalists and to stop portraying journalists as political actors, which IPI believes strengthens official efforts to undermine the credibility and therefore effectiveness of journalist’s watchdog role. 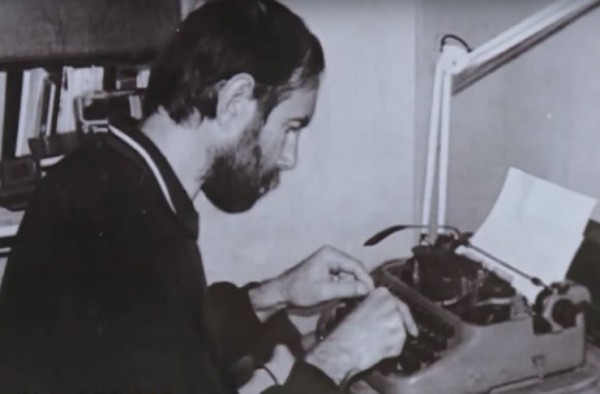