epa07990720 A Kashmiri journalist holds laptop during a protest against the ongoing internet blockade that completes 100 days in Srinagar, Indian Kashmir, 12 November 2019. The internet service remained shut since 05 August 2019 when Government of India abrogated Article 370 of the Indian constitution that accorded a special status to Indian Kashmir. EPA-EFE/FAROOQ KHAN

Two years ago, Kashmiri journalist Qazi Shibli sat in a prison cell not knowing when he would be released. He spent nine months in jail without trial for reporting on the deployment of troops in Jammu and Kashmir as the Indian central government was preparing to take full control of the state. Today, he watches his own story repeat in the wake of the arrest of Kashmiri journalist Sajad Gul, booked under the same act that landed Shibli in prison.

When Shibli was detained in July 2019, he was charged under Jammu and Kashmir’s Public Safety Act, which he called a “lawless law” in an interview with the International Press Institute (IPI). The law allows people to be taken into custody without charge or trial to prevent them from acting harmfully against the security of the state. They can be held for up to two years.

Shibli said that when he was booked under the Public Safety Act, right before India revoked Jammu and Kashmir’s autonomous status, it was rarer for journalists to be charged under that act.

“It all started with my detention”, Shibli said about the current press freedom crisis in Indian-administered Kashmir. “There was a mass hysteria that something was about to happen, but nobody had a clue what was going to happen. I expected something like this.”

Shibli was disappointed by his own lack of surprise after learning about Gul’s detention under the Public Safety Act on January 16. He said nothing about the Indian government’s suppression and intimidation of journalists shocks him anymore.

A story repeats itself

On January 5, Gul, a 26-year-old trainee journalist, was arrested by Jammu and Kashmir police in Srinagar after posting a video of a protest on social media. The protestors in the video were the family of a top militant commander who was killed in a gunfight. The government said Gul uploaded “objectionable videos” and was spreading “disinformation/false narratives through social media”.

A local court granted him constitutional bail on January 15, but just a day later, the government booked Gul under the Public Safety Act, shifting him to Kot Bhalwal jail in Jammu.

Fahad Shah, Gul’s editor at the newspaper The Kashmir Walla, worried, and predicted, this might happen when he spoke to IPI on January 13.

“He will come out on bail with these charges”, Shah said about Gul’s January 5 arrest. “But I don’t know what other things could happen. There could be another case, there could be something else. But we will be with him whenever he has any issues.”

On January 17, Shah wrote in a statement that The Kashmir Walla’s legal team was planning to file a habeas corpus petition in an attempt to free Gul from jail under the Public Safety Act.

Gul’s detention is yet another harrowing example of the press freedom crisis in Kashmir. Journalists reporting in the region fear this nightmare every day, Shibli said, causing many independent journalists to abandon their profession for fear of retaliation by the government.

Shibli’s arrest in 2019 first indicated what was to come under the Indian-administered Kashmir. While violence has plagued Jammu and Kashmir since the 1950s, caused by the conflict between India and Pakistan, violence ramped up in August 2019 when India revoked Article 370 of the Indian constitution, stripping Jammu and Kashmir of its constitutional autonomy.

Protests and demonstrations against the Indian central government quickly ensued. Attempting to silence the dissent, the Indian government shut down telephone and internet services in the Kashmir valley in August 2019, around the time Shibli was arrested.

Since then, Indian-administered Kashmir has suffered one of the world’s harshest press freedom crackdowns, silencing many journalists. Dozens of journalists have been subjected to frequent police questioning, subject to surveillance, and even placed on no-fly lists. In December 2020, authorities denied government advertisements to over two dozen newspapers, a major source of revenue for these outlets.

“I said that the times for journalists were going to be harsh in the coming years”, Shibli said. “[With] Sajad’s detention, we expected that he would be released, but he was working along the similar lines that Fahad and I do. There are very few people left in Kashmir who dare to go against the narratives that are being spread.”

Dwindling number in the face of harassment

Quratulain Rehbar, a Kashmiri freelance journalist who writes for both international and local news outlets, attends therapy regularly after suffering from years of harassment and threats that increased after the clampdown on press freedom. She said her situation as a woman journalist is unique in Kashmir because they are very few and far between.

In the beginning of January, she was listed for an online “auction”, where her photograph was uploaded on an app for “sale” alongside 100 other women, including other journalists and celebrities. Rehbar said that such actions are meant to humiliate women who are outspoken against the government and could “ruin a woman’s life.” At least four men have been arrested in connection to the auction.

“Eventually, they [women journalists in Kashmir] faded”, Rehbar told IPI. “They left this job because they had their own limitations, I am not judging anyone, but I don’t want a time where we don’t have any female journalists in Kashmir. I am somebody who is very passionate and wants to work as a journalist.”

After Gul’s arrest, she published an article in an Indian news outlet about her depression and anxiety due to being a journalist in Kashmir. She said after experiencing inquiries and summons from authorities and seeing her colleagues be detained, she cannot remain silent anymore.

Like Rehbar, most journalists in Kashmir are local residents. The number of foreign correspondents in Kashmir rapidly decreased because of a media policy introduced in June 2020, mandating background checks for journalists. Further tightening its grip, the Kashmir government issued an order in September 2021 forcing “unauthorized” journalists to obtain approval before they perform their jobs.

“It puts them [local journalists] more at risk”, Shah said. “With me, I write for publications in the U.S. and U.K. and that is a problem. My recent piece, I wrote on Kashmir’s last two years, and the local publication posted a whole op-ed against the piece, saying that this guy is doing propaganda and that he supports Pakistan.”

Police are frequent visitors to local journalists’ homes, questioning them about their personal lives, their political views and people they know. Journalists’ families are also sometimes subject to these inquiries.

“For me, personally, my family has always been really supportive”, Rehbar said. “I also think I have a big responsibility in not having to put them in trouble. This is my life and because of my work, why would they have to be in trouble? So that affects me. I have a lot of pressure and I keep thinking of these things.”

The Kashmir Press Club, founded in 2018, has been a safe haven for independent journalists who report critically on the government. But on January 15, a group of journalists, reportedly aided by local police, forced themselves into the building and elected themselves as the managing body.

According to reports, the journalists who raided the club support the government and were accompanied by armed police officers. They locked up the building, preventing anyone from entering. Two days later, on January 17, the government announced that it had canceled the club’s allotment because of “unpleasant developments and dissensions between various groups of journalists.” The government also claimed the club was not registered and had no elected body.

However, according to the outgoing president of Kashmir Press Club, Shuja-ul-Haw, the government issued a new registration to the club on December 29, 2021. The club had also announced that an election would be held for a new managing body on February 15.

In a statement, the government said the Estates Department in Polo View, Srinagar would take control of the land and the former Kashmir Press Club building because the “club ceased to exist as a registered body”.

“The closure of the Kashmir Press Club is yet another brazen attack on freedom of press in Kashmir”, Kashmiri journalist Aakash Hassan told IPI. “The club was a distinct institution protecting journalist rights in the region where attacks on the media and intimidation of journalists by the authorities are reaching unprecedented levels.”

Without the club, independent journalists don’t have a safe place to convene. Rehbar recounted a recent conversation she had with her colleagues there, pointing to how media restrictions will have a terribly long-lasting impact on history.

“Suppose somebody is a researcher and he has to find archives. And someone is doing research around these years. There will be nothing”, Rehbar said. “They won’t find anything. Because anything that is important is not coming out.” 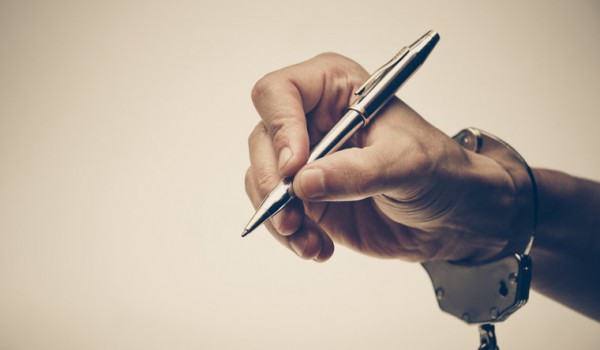 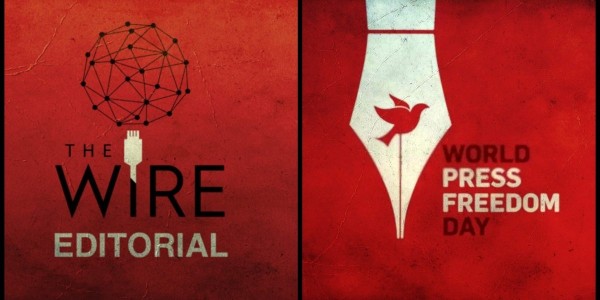