Over the course of just one month in Belarus, the popular independent website Charter ’97 was blocked, a Belsat journalist was beaten up by police and a reporter had his home searched after an article on police brutality.

On February 18, Andrus Kozel was livestreaming content from a polling station for Belsat, an independent, Polish-funded satellite and online TV channel, when police reportedly attacked him. According to Belsat, Kozel suffered head injuries after police banged his head so hard against the polling station’s glass doors that the glass broke. Kozel was detained, charged with resisting law enforcement officers and brought before court the following day. However, the court sent the case back to authorities for revision.

Since the beginning of 2018, Belsat has already been involved in 10 legal proceedings in Belarus, the channel’s Poland-based director, Agnieszka Romaszewska-Guzy, told IPI in an interview.

In another incident, police on Monday, February 20 searched the home of journalist Dzyanis Dashkevich after he wrote a story on police brutality. According to a Belsat news report, Dashkevich was then taken to a police station, where he was asked to reveal the sources to his article.

On January 24, Charter ’97, a popular, Poland-based Belarusian news site critical of President Aleksandr Lukashenka’s government was blocked in Belarus without any prior warning. The Ministry of Information has not provided a specific reason for the blocking except to state that Charter ’97 had violated Belarusian mass media law.

Natallia Radzina, editor-in-chief of Charter ’97, told IPI in an interview that the blocking is a sign that the Belarusian government is afraid of the site’s popularity. Radzina said some two million users access the site per month.

Charter ’97 is now trying to provide its readers with different ways to work around the block. However, according to the Belarusian Association of Journalists, the blocking has caused a 70 to 75 drop in Belarusian readership of the site.

Radzina described the blocking of critical and independent media such as Charter ’97 as a dangerous move, since these outlets fight Kremlin propaganda in Belarus.

“Millions of readers are now unable to get independent, uncensored information”, she said.

“Belarusian authorities must reverse the decision to block Charter ’97 and stop harassing independent journalists in the country, including those working for Belsat”, he said. “The Belarusian public clearly has an appetite for independent sources of news and information and their right to access such sources must be respected.”

The media landscape in Belarus, a country that has often been described as “Europe’s last dictatorship”, is dominated by Russian and state-owned media, the latter largely a mouthpiece for Lukashenka. Charter ’97 and Belsat are two of the most important independent news outlets operation in Belarus, though their journalists face regular harassment from state authorities. Critical media in the country mainly operate online and Belarus has frequently sought to restrict access to certain sites. 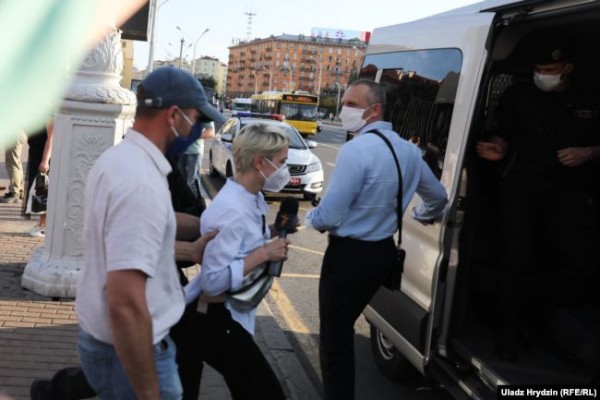