The International Press Institute (IPI) today expressed grave concern about draft legislative proposals by lawmakers from the ruling Law and Justice (PiS) party which would ban non-European ownership of Polish media and warned that the changes are targeted directly at U.S.-owned critical broadcaster TVN24, the country’s most watched news channel.

IPI said the draft media bill was the latest element in an increasingly systematic effort by the ruling party to erode critical journalism, stressing the plans should be met with forceful opposition by both the U.S. government and the European Union.

The draft bill, which was submitted to Parliament on July 7 by a group of PiS lawmakers, would amend Article 35 of the Broadcasting Act to bar companies which are majority-owned by entities from outside the European Economic Area (EEA) from owning more than a more than 49% stake in Polish media.

TVN24 and its parent company TVN have been 100% owned by U.S.-based Discovery, Inc. since 2015 through a subsidiary registered in the Netherlands, to meet current requirements under Polish law. If approved, the new regulation would strengthen those restrictions to ban Discovery from owning TVN through its Dutch subsidiary.

This means Discovery would have six months to adjust and could be faced with selling 51% of its stakes in TVN, which is valued at around $1 billion. If it did not, TVN’s channels such as TVN24 could be stripped of their media licenses by the National Broadcasting Council (KRRiT).

The draft legislation comes as TVN24 awaits a decision by KRRiT on the renewal of its current 10-year media license, which expires in September. Despite applying for the permit 18 months ago, the five-member panel of the broadcast regulator remains divided on the case, creating pressure on the broadcaster on two fronts.

“If this bill is passed, Discovery would either be forced to sell off its shares in TVN24 to another company – very likely one more amenable to PiS – or stripped of its media license and be eliminated from the market”, IPI’s Deputy Director Scott Griffen said. “This bill is an outrageous effort by the Polish government to silence a major television news broadcaster because of its critical content. It is a direct attack by an EU member state on media pluralism and an unmistakable sign that Poland is pursuing a Hungary-style form of media takeover.

“Not content with having independent regional media bought up by the state-controlled oil company, PiS is now moving to the next stage of its so-called ‘repolonisation’ project by going after TVN24. This tactic of pressuring or forcing foreign companies to sell up and leave the domestic market is not about principle. It is an effort to concentrate media control in the hands of PiS. It is also a hallmark of the media capture model honed by the Orbán government. When foreign or independent owners are pushed out, companies linked to the ruling party step in, buy up the company and then flip its editorial line, silencing critical voices and destroying watchdog journalism.

“The case of Klubrádió in Hungary has made it clear how a mixture of regulatory and legal tools can be effective in blocking the license renewal of a leading broadcaster and forcing it off air. We cannot watch in slow motion as the same thing happens to TVN24 in Poland. The EU must be ready to launch immediate infringement proceedings against Warsaw if the media regulator ends up blocking the license in a discriminatory manner. The U.S. government should increase its efforts to make it clear to its Polish ally that any attempt to interfere with independent media would seriously damage relations. The Biden administration must follow up its rhetoric about standing up for democratic values and a free press with concrete actions.” 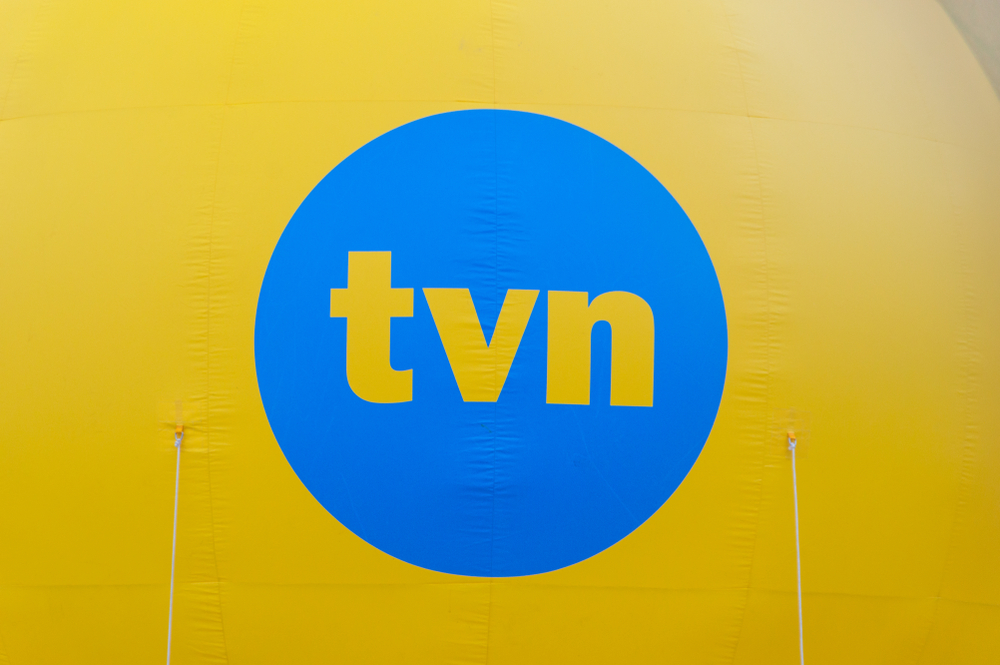 A key player in the Polish broadcast news market for nearly 20 years, TVN24 has long been a thorn in the side of the ruling PiS party, particularly on coverage of issues such as LGTBQ rights and abortion reforms. It has also revealed irregularities and alleged corruption and broken news of scandals in Law and Justice. This has made it a key target for the party when it swept to power in 2015. Immediately, leading PiS officials launched attacks on TVN and accused it being biased and siding with the opposition.

After the U.S. media conglomerate Discovery, Inc. bought TVN and its all-news channel TVN24 in 2015, the station then became a key target of PiS’s plans to bring the country’s media back under Polish control. This drive for so-called “repolonisation” of media has been framed by the government as an issue of national sovereignty. In reality, the efforts are aimed at cementing greater control over the media landscape.

In recent years, PiS has floated the idea of passing legislative changes to limit the amount of foreign capital in the domestic market, which would have affected Discovery. In response, the then U.S. ambassador under former President Donald Trump came to the defence and diplomatic pressure played a part in forcing the Ministry to shelve the plans.

The current bill appears to be targeted directly at TVN24. Currently, Polish law says that foreign companies outside the EEA can only be granted a broadcasting license for media if they own less than 49 per cent of the shares. However, there is a clause which means this rule can be waived if the headquarters of the direct shareholder of the media outlet is located within the EEA. TVN and TVN24 are owned by Discovery via its subsidiary Polish Television Holding BV, which is registered in the Netherlands, an EU member state, meaning it abides by Polish regulations.

In the past, this has been sufficient for KRRiT, the broadcast media regulator, which has extended licences for other TVN channels since 2016. However, recently the head of KRRiT, Witold Kolodziejski, has said that TVN24 is in breach of foreign ownership rules and called for the laws to be strengthened. Kolodziejski is a former member of the PiS party. The new draft amendment would remove the clause in Article 35 of the Broadcasting Act which includes the waiver for foreign companies with subsidiaries, meaning Discovery would be affected.

The direct attack on Discovery’s ownership has ruffled U.S. feathers. In response, the chargé d’affaires at the U.S. embassy in Warsaw, Bix Aliu, has expressed serious concern, tweeting: “TVN has been an essential part of the Polish media landscape for over 20 years. Unfettered press is crucial for democracy.” Polish media reported that the comment came after behind-the-scenes efforts by the chargé d’affaires to meet with KRRiT were rebuffed.

The US has been observing the TVN licensing process and the newly proposed legislation with rising concern. TVN has been an essential part of the Polish media landscape for over 20 years. Unfettered press is crucial for democracy.

Since the bill was proposed last week, leading PiS figures have come out in support. In media interviews, PiS officials have framed it as bringing legislation into line with other EU member states and closing a loophole in the current law. In a written justification, PiS MPs wrote that the bill was “aimed at clarifying regulations” and enabling KRRiT to “effectively counteract” foreign companies controlling radio and television broadcasters.

Others have been more candid. One of the MPs who submitted the bill, Marek Suski, told Rzeczpospolita that Discovery would “probably have to sell some of its shares” in TVN if the legislation is passed. Asked if state-owned firms could then seek to buy the station, Suski said he “cannot rule it out”. In separate remarks, Suski said that “if this law is successfully passed and some of these shares can be bought by Polish businessmen, we will have some influence on what is happening on this station.”

Last week, Kołodziejski, confirmed at a parliamentary committee that the regulator has been analysing whether TVN should be counted as a non-EEA entity. KRRiT’s five-member council is currently divided over the case. At least a 4:1 majority is needed to approve the renewal or denial of the new 10-year license. This renewal process has been ongoing for a year and a half. KRRiT’s spokesperson has justified the delay by saying the regulator needed more information about the merger between Discovery and WarnerMedia.

The draft text of the bill was swiftly submitted to the Sejm with no advance warning for PiS’s coalition partners. One of them, Agreement (Porozumienie), has raised concern about the bill and noted that the party had not been consulted. The party’s spokesman Jan Strzeżek said on Twitter that he would “not want to wake up in a Poland where there is only one TV station. Media pluralism cannot be legally limited”.

Vera Jourova, vice president of the EU Commission and its commissioner for values and transparency, said: “The new draft Polish law on broadcasting concessions is yet another worrying signal for media freedom and pluralism in the country. We follow closely the situation related to TVN24 whose license has not been renewed yet.”

The new draft Polish law on broadcasting concessions is yet another worrying signal for media freedom and pluralism in the country.
We follow closely the situation related to TVN24 whose license has not been renewed yet.

This further makes the case for an EU #MediaFreedomAct

In response, Discovery has said it would “defend the business against growing regulatory overreach, anti-consumer behaviour and other market uncertainty that would undercut Poland’s business environment”. TVN has more than a dozen television channels in Poland, as well as an online video platform. If the license is not renewed by September 26, TVN24 would have legal options to fight the decision. However, this would mean it would celebrate its 20th anniversary of operations in Poland in a fight for survival. 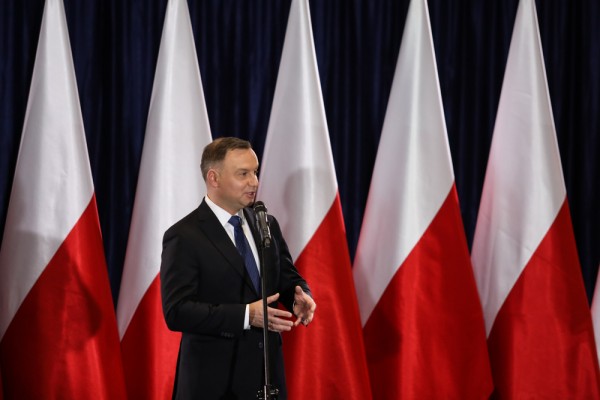 Poland: Veto of ‘lex-TVN’ a victory for media freedom