Center for Defending Freedom of Journalists (CDFJ) Executive Director Nidal Mansour, center, and delegates from the International Press Institute (IPI) following a meeting with the head of the Jordan Media Commission, Dr. Amjad Al-Kadi, second from right, in Amman on May 20, 2015 during an IPI press freedom mission to Jordan.

The International Press Institute (IPI) today expressed concern over the recent move by Jordanian authorities to muzzle an Amman-based media freedom organisation and the threat that the action represents to civil society organisations in the country.

Jordan’s Companies Control Department issued an official notification to both the Center for Defending Freedom of Journalists (CDFJ) and Jordan’s general prosecutor, reportedly accusing the media freedom group of violating the country’s 1997 Companies Law by receiving foreign funds while registered as a civil company rather than a non-profit organisation.

The notification ordered the group to stop receiving any external or internal funding. It also demanded that CDFJ stop referring to itself as a non-profit organisation – something the group maintains it never has done.

On Sept. 9, the daily newspaper Ad-Dustour, which is partly owned by the Jordanian government, published the notification together with a front-page article titled “Company Control Department sends CDFJ file to General Prosecutor”.

In a follow-up editorial on Sept. 10, Ad-Dustour wrote that civil society organisations that received foreign funding were traitors and spies, and that they represented a security threat.

CDFJ Executive Director Nidal Mansour said that he was “surprised” to learn about the notification through a daily newspaper. He told IPI that his organisation had not breached any laws and that his lawyers assured him that “civil companies have the right to receive grants”.

“There is no provision in the Companies Law that prevents civil companies from receiving funding,” he said.

In a statement published on Sept. 11, CDFJ denied any wrongdoing. It said that since its founding and registration as a civil company in 1998, the organisation has “never received any official memo or notification regarding any violations to the law”.

The group called the move by authorities “part of a wider campaign targeting civil society organisations” and an “attempt to restrict and control its work” and “harm its image and reputation”.

Under Jordan’s restrictive 2008 Law of Societies and a foreign funding control mechanism introduced by the Council of Ministers in October 2015, NGOs are required to seek approval from the Council and various ministries before receiving foreign funding. Authorities are not required to provide any reason for rejecting a funding request.

Daoud Kuttab, a member of IPI’s Executive Board and the director-general of Community Media Network (CMN) in Jordan, questioned the motive behind the authorities’ move.

“While on the surface the accusations against CDFJ appear to be technical in nature, there is a suspicion that the motivation behind it and the public nature of the action seem to be political in nature and will have a chilling effect on the journalists for whom CDFJ has been defending for over a decade,” he said.

“For nearly 20 years, CDFJ has worked to defend the rights of journalists and protect media freedom in Jordan and the Arab world, providing assistance and protection to journalists, and strengthening their skills and professionalism through various programs and workshops,” he said.

“Like Russia’s notorious 2012 law requiring non-profit organisations that receive foreign funding to register as ‘foreign agents’, or Hungary’s new Law on the Transparency of Organisations Funded from Abroad, this move appears to be an attempt to silence independent or critical NGOs, stigmatising them as disloyal and a danger to national security. We fear it will have a chilling effect on Jordan’s independent media and civil society, and that it will only serve to further hinder the ability of people in Jordan to freely share and receive information in the public interest.” 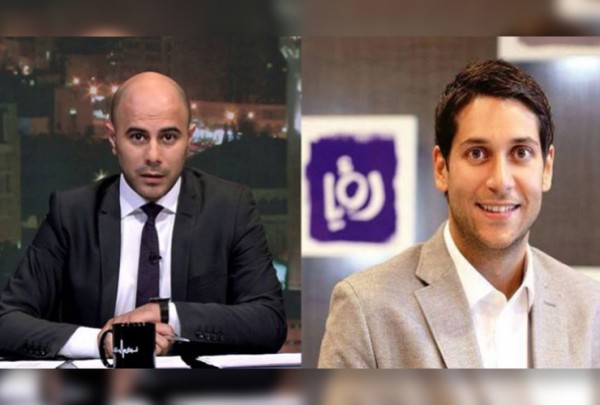 IPI condemns the arrest of two TV executives in Jordan