While it is seldom discussed in international fora, press freedom in Italy has recently come under growing attack. Systemic obstacles that have challenged Italian journalism for decades have become ever more concerning as a consequence of both the economic crisis that has been affecting Italy for over a decade, as well as political developments that have generated a hostile climate towards the press.

Italy recorded the sharpest increase in the number of media freedom alerts in 2018 according to a report by the Council of Europe’s Platform for the Protection of Journalism and Safety of Journalists. The figure more than tripled when compared to 2017.

Troublingly, the Italian government failed to respond to any of the alerts published by the Council of Europe’s Platform, whose members are leading international press freedom groups, including the International Press Institute (IPI). The only other countries that failed to respond were Russia, Bosnia and Herzegovina, Azerbaijan, and Turkey.

Other statistics tell a similar story. Between June 2018 and August 2019 – corresponding to the now-collapsed coalition government between the Movimento 5 Stelle (M5S) and Lega parties – Italian President Sergio Mattarella intervened 12 times to defend and reinforce Article 21 of the Italian Constitution, which guarantees the right to free expression and press freedom. The interventions came in direct response to the government’s repeated attacks on press freedom, both in public statements and as part of planned reforms.

In interviews with IPI, Italian journalists and media experts confirmed a deteriorating environment for the press and highlighted four particularly problematic obstacles: libel laws, violence against journalists, economic challenges and an ongoing shift in the relationship between politics and journalism.

Nevertheless, while Italy’s press freedom record is among the most problematic in Western Europe, many observers believe that the country’s constitutional framework, institutions and long democratic tradition offer strong protection. Journalists interviewed tended to agree that the Italian situation is not comparable to the repression witnessed in states such as Hungary, Poland, Turkey or Russia.

Both the M5S and the Lega employ a now well-known populist strategy of directly communicating with their voters through social media platforms while also constantly discrediting journalism as an accurate source of information. The result is that journalists are effectively cut out of the information cycle and lose their watchdog role.

Throughout their campaigns and time in power, both deputy prime ministers, Matteo Salvini and Luigi Di Maio, relied on social media to disseminate their political messages, allowing them to avoid uncomfortable questions from journalists.

This shift has dramatically altered the relationship between media and public officials. 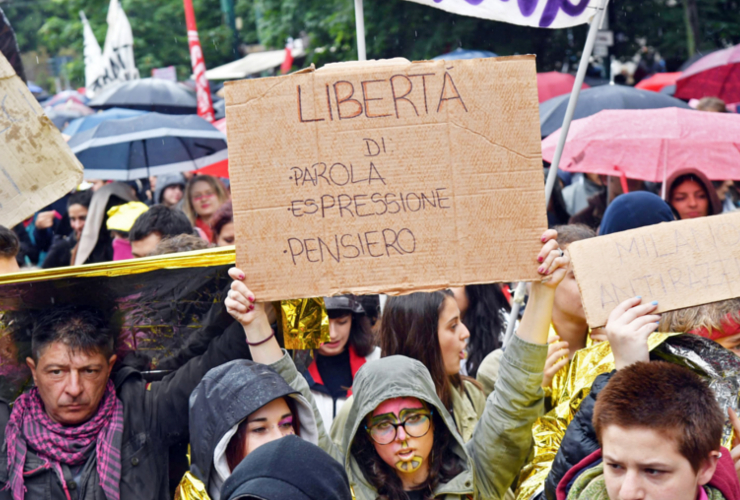 “All you have to do is look at official government press conferences”, Giuseppe Francaviglia, editor of the online news site The Vision, said. “You can’t ask questions anymore and when you do you don’t receive answers. And yet a journalist’s job is exactly that of asking questions.”

The Italian media has also fallen victim to what some refer to as the “Trump effect”: Journalists increasingly spend time running after politicians’ extremist or absurd statements instead of covering topics of more substantial public interest.

Andrea Spalinger, a correspondent for the Swiss daily Neue Zürcher Zeitung in Rome, says journalists in Italy “run after [Salvini’s] tweets or Facebook messages, and don’t talk about the important things anymore”.

For decades, Italian newspapers, like those of most other European countries, have received government funding.

This funding has been dispensed both directly and indirectly. Publications for certain protected groups, such as linguistic minorities or the visually impaired, are eligible for direct public funding. Other news organizations have access to indirect funding in the form of tax benefits and government advertisements.

However, over the past decade, both direct and indirect support for news organizations have fallen from 170 million euros in 2007 to 62 million in 2017. Together with the economic crisis in the news industry, this drastic reduction has posed serious challenges for journalism in Italy.

Though this trend is occurring throughout much of Europe, Italy was already near the bottom in terms of support to the news media, according to a 2013 study. Critics say that the further cuts announced by Italy’s former governing coalition would threaten the existence of many news organizations, in particular those operating at the local level.

That may precisely be the aim. Both former deputy prime ministers, Luigi Di Maio and Matteo Salvini, clearly expressed their plans to further cripple the journalistic industry as part of their frequent critique of the Italian news media industry.

In a September 2018 Facebook post, Di Maio defended cuts to public funding for news media by saying, “This is not journalism, it is only propaganda to defend the interests of a restricted elite who think they can keep doing what they please. This will no longer be the case. Our country needs free information and pure publishers with no interests other than those of the readers.” 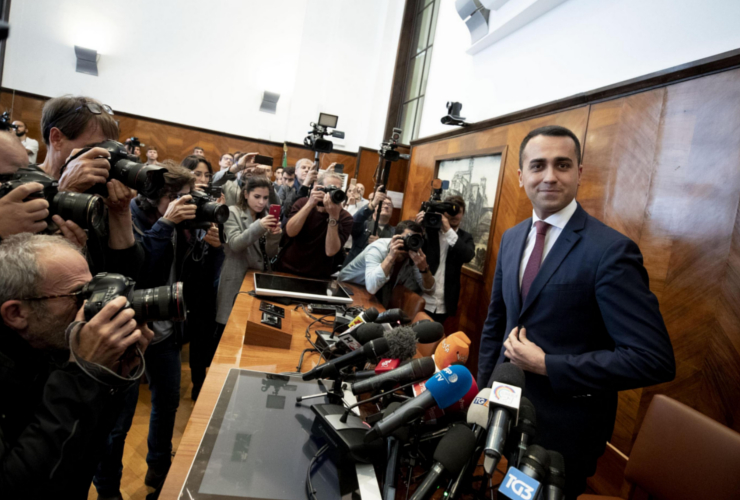 Lawmakers have already made good on the threat. The 2019 budget law foresees a gradual reduction of public money to media outlets over the next three years. It would fully eliminate such funding by 2022.

Roberto Giulietti, the president of the Italian journalist federation, FNSI, told IPI that the law is unprecedented” and “marked by a vindictive will against difference and diversity.”

Despite serious backlash from journalism associations in Italy and around the world, and repeated call by Italian President Sergio Mattarella to safeguard state efforts to promote media pluralism, the budget law was passed on December 31, 2018.

The effects are already being felt by many media organizations. Among them is Radio Radicale, known for broadcasting live parliamentary sessions, which almost went bankrupt after plans to cut all of its funding.

Journalists and experts interviewed by IPI agreed that the greatest legal obstacle faced by journalists are the so-called querele temerarie, frivolous slander lawsuits that are akin to strategic lawsuits against public participation (SLAPP). These lawsuits force journalists to spend substantial amounts of time, money and energy defending themselves, while also running the risk of having to pay damages as a consequence of a potential mistake made in good faith.

Defamation remains a criminal offence in Italy under both the Penal Code and the Press Law. Journalists face up to six years behind bars despite international standards calling for the abolition of prison sentences for libel.

Yet Italy’s civil libel laws are at least equally problematic, providing little protection against frivolous suits claiming millions of euros in compensation. Small local news organizations, which don’t have the necessary resources to battle expensive claims, are especially affected. Even journalists working for larger news organizations are often offered only minimal support and have to carry the burden of lawsuits alone.

These suits often lead to self-censorship, as journalists decide to avoid covering certain topics or individuals that are likely to attract lawsuits. The result is a loss of information and diversity of reporting for audiences.

Stefano Corradino, director of the Italian press freedom organization Articolo 21, named after the article of the Italian Constitution guaranteeing the right to press freedom, told IPI that these lawsuits are “a form of preventative intimidation in respect to journalists. They ask for millions of euro of compensation not to make money but to discourage journalists from doing their jobs.”

Andrea Di Pietro, an Italian lawyer, said the querele temerarie can “definitively silence journalists”. “Because who isn’t scared of a million-dollar lawsuit?” she noted.

Joining their colleagues across the EU in calling for effective anti-SLAPP legislation, journalists in Italy emphasize that Italian libel law contains no provisions discouraging plaintiffs from bringing frivolous lawsuits (for example, by requiring plaintiffs to pay a percentage of any claims found to be baseless).

For years, journalists’ rights organizations fought to change the law. Yet these efforts have not borne fruit, leaving many reporters to turn to self-censorship.

PHYSICAL THREATS: FROM THE MAFIA TO THE FAR-RIGHT

Apart from legal threats, physical attacks remain a real risk in Italy. Troublingly, a political leadership openly hostile to independent journalism increasingly appears to legitimize such attacks. Both the Five Start Movement and the Lega often take to social media to criticize and insult journalists. The Five Star Movement is particularly guilty in this regard, with its representatives often calling journalists “useless jackals” and “whores”.

Italy’s National Federation of Journalists has complained of a “constant risk of violence fuelled by the hostile rhetoric of members of the government and the ruling coalition parties”.

Over 200 journalists in Italy are currently under varying levels of scorta, or police protection. Twenty-two of them have round-the-clock security.

Threats to journalists used to come almost exclusively from organized crime, targeting those who asked uncomfortable questions about links among mafia, politics and the economy. However, attacks from representative of far-right groups are on the rise. In February of this year, a journalist – La Repubblica correspondent Paolo Berizzi – was assigned police protection due to threats following reporting on neo-Nazi and neofascist groups for the first time.

Yet just as threats against journalists continue to increase, some politicians, including Salvini and Di Maio, have publicly mulled removing scorta from journalists who challenge them.

On May 29, then-Interior Minister Salvini publicly threatened to remove the scorta from Roberto Saviano, a renowned investigative journalist and author who exposed the practices of the Neapolitan mafia, the Camorra. Saviano has been living under 24-hour protection and his life would certainly be at risk if this were to be removed.

This threat was widely seen as a means by Salvini to intimidate and silence Saviano, who is also an outspoken critic of the current government.

Threats to journalists used to come almost exclusively from organized crime, targeting those who asked uncomfortable questions about links among mafia, politics and the economy. However, attacks from representative of far-right groups are on the rise.

Giulietti told IPI that a degree of criticism of journalists has always had a place in Italy, which has traditionally suffered under the evils of political polarization. The novelty element is represented by the fact that attacks are no longer based on party lines. “It has become a custom for politicians to intimidate and threaten any journalist who reports on certain themes such as immigration, homosexuality, and diversity in general”, he said.

While threats to press freedom in Italy garnered increased attention under the recent coalition between the Five Star Movement and the Lega, many of the challenges are systemic in nature. A shift in government alone will not solve the threats to journalism in Italy, particularly as representatives of two large political parties have expressed strong verbal attacks against independent journalism, which contribute to a hostile climate towards journalism. Furthermore, a legal framework that does not provide sufficient guarantees to independent journalism as well as the crisis that has affected the Italian economy, including the news media industry, for over a decade further weaken independent journalism.

At the same time, many journalists who spoke with IPI said they remained confident that a constitution that unquestionably defends press freedom, a strong tradition of independent journalism and a good degree of solidarity among journalists will preserve journalism in spite of the growing pressure described above. 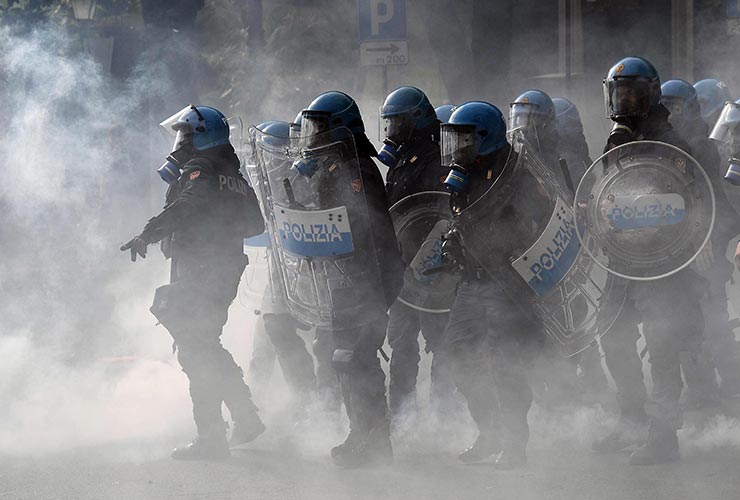 Italy fails to swiftly respond to police assault on journalist 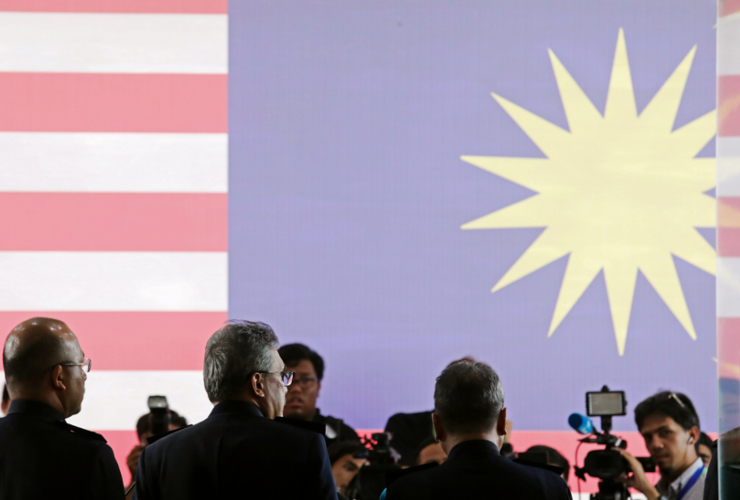 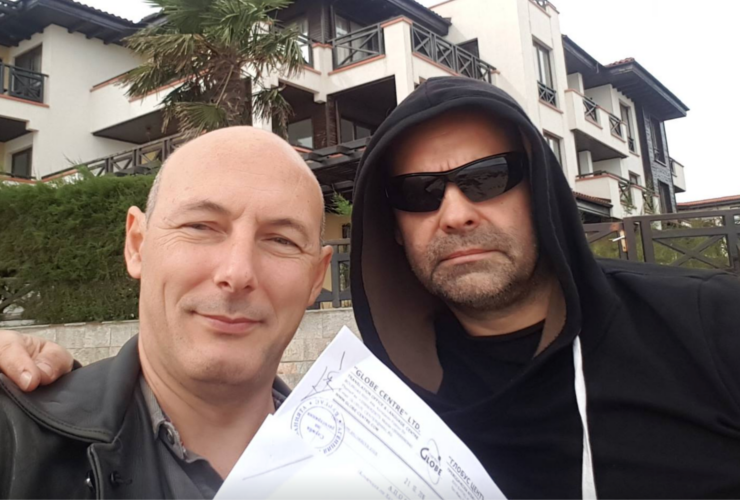