All the winners and jury members of Global Peace Photo Award 2020 in Baden. Photo Ronja Koskinen/IPI 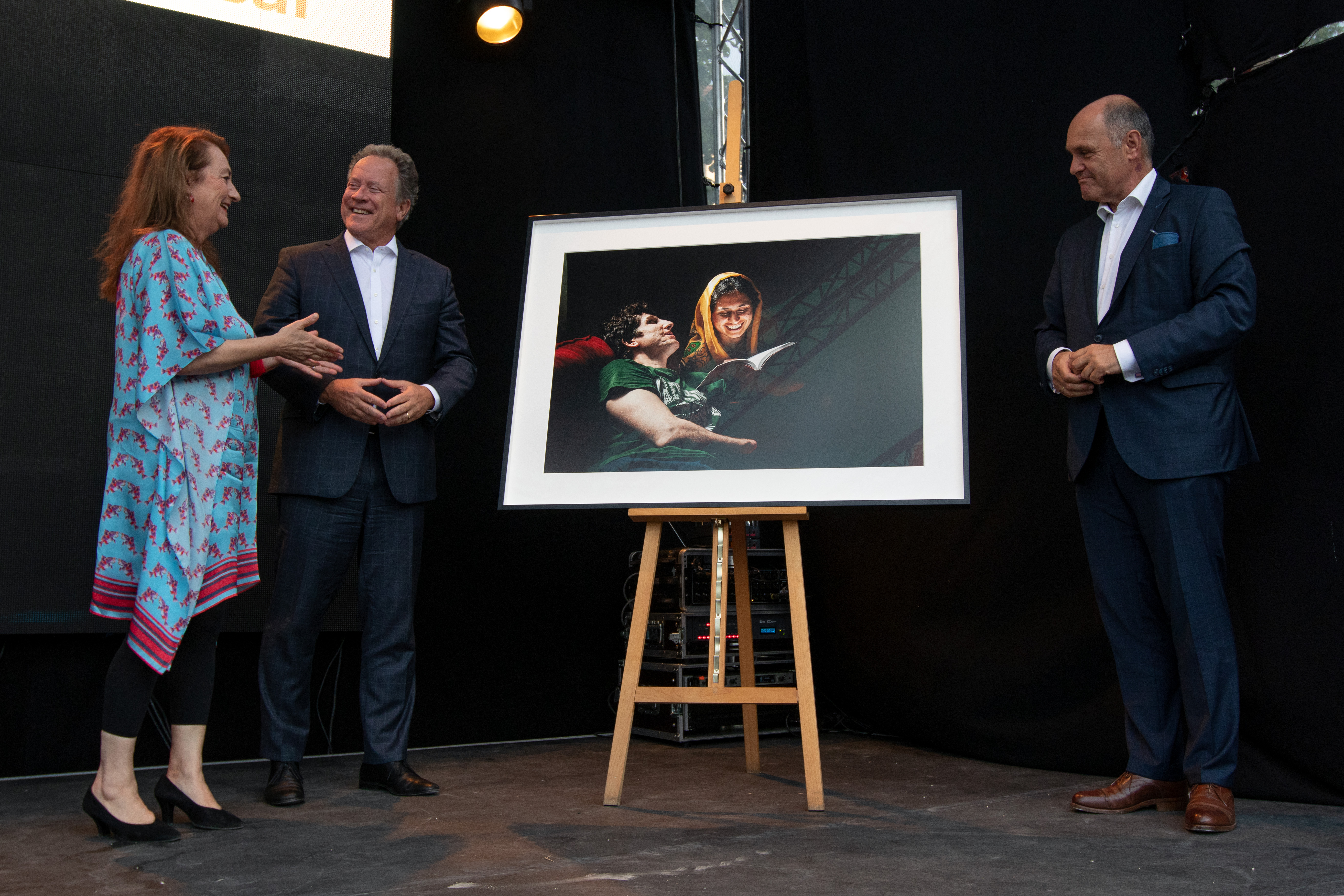 Moayyedi’s winning series is a pictorial narrative of Salah Saeedpour, a landmine victim, and his wife Serveh Amini. Despite losing both hands and eyes during a family picnic to an unexploded, concealed landmine left from the Iran-Iraq war, Saeedpour became an athlete and earned a bachelor’s degree in law with the help of his wife. The pictures depict the love and beauty between Saeedpour and Amini. 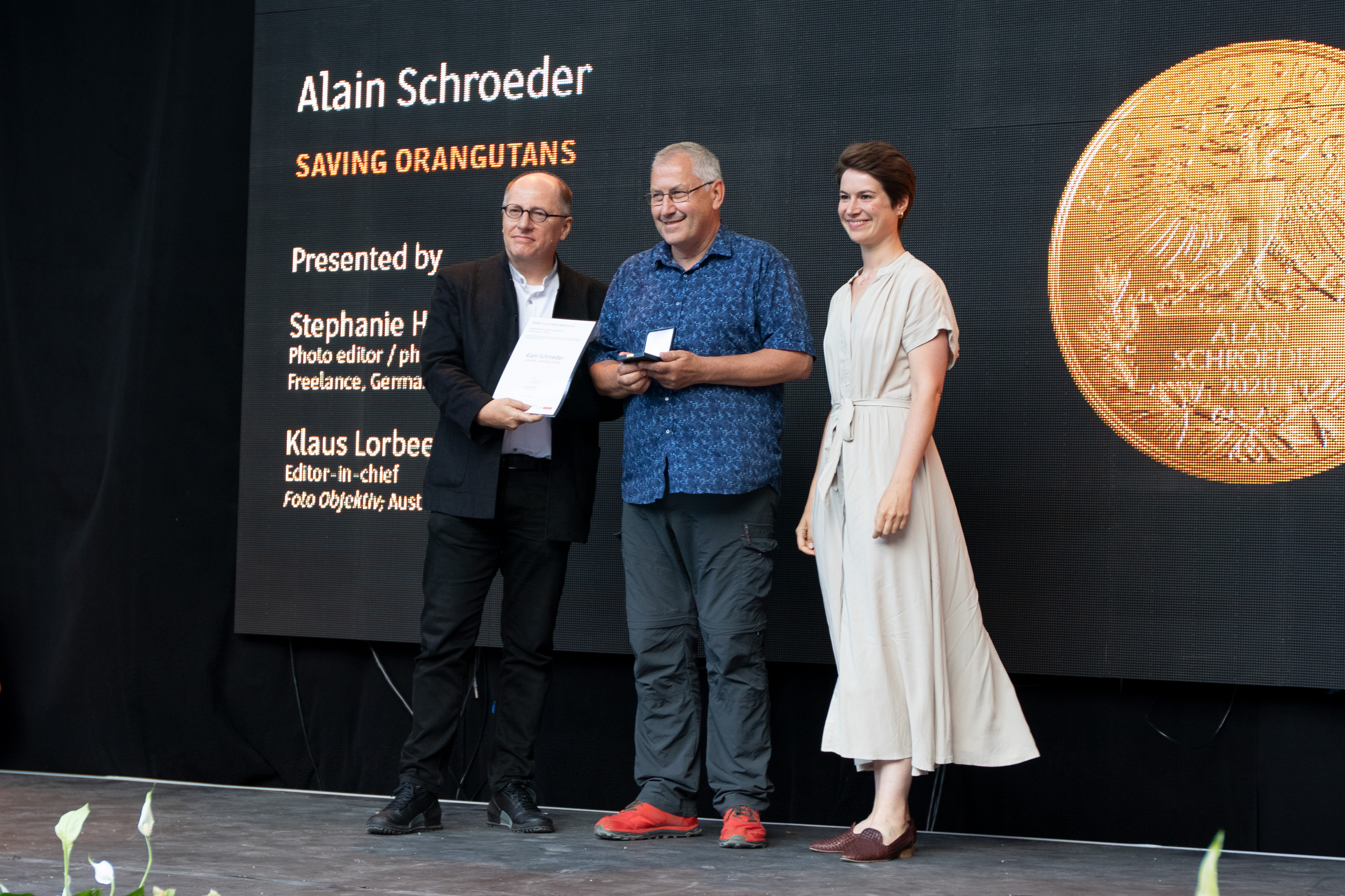 The other nominees, who also received the Alfred Fried Peace Medal, were Belgian photographer Alain Schroeder for Saving Orangutans, French photographer Catalina Martin-Chico for (Re)Birth, Danish photographer Nicolas Asfouri for covering Hong Kong Unrest and Nigerian photographer Emeke Obanor for his work Heroes. Russian teenager Anastasiya Bolshakova was declared the winner of the Children’s Peace Image of the Year 2020 for her series Flight of the soul. 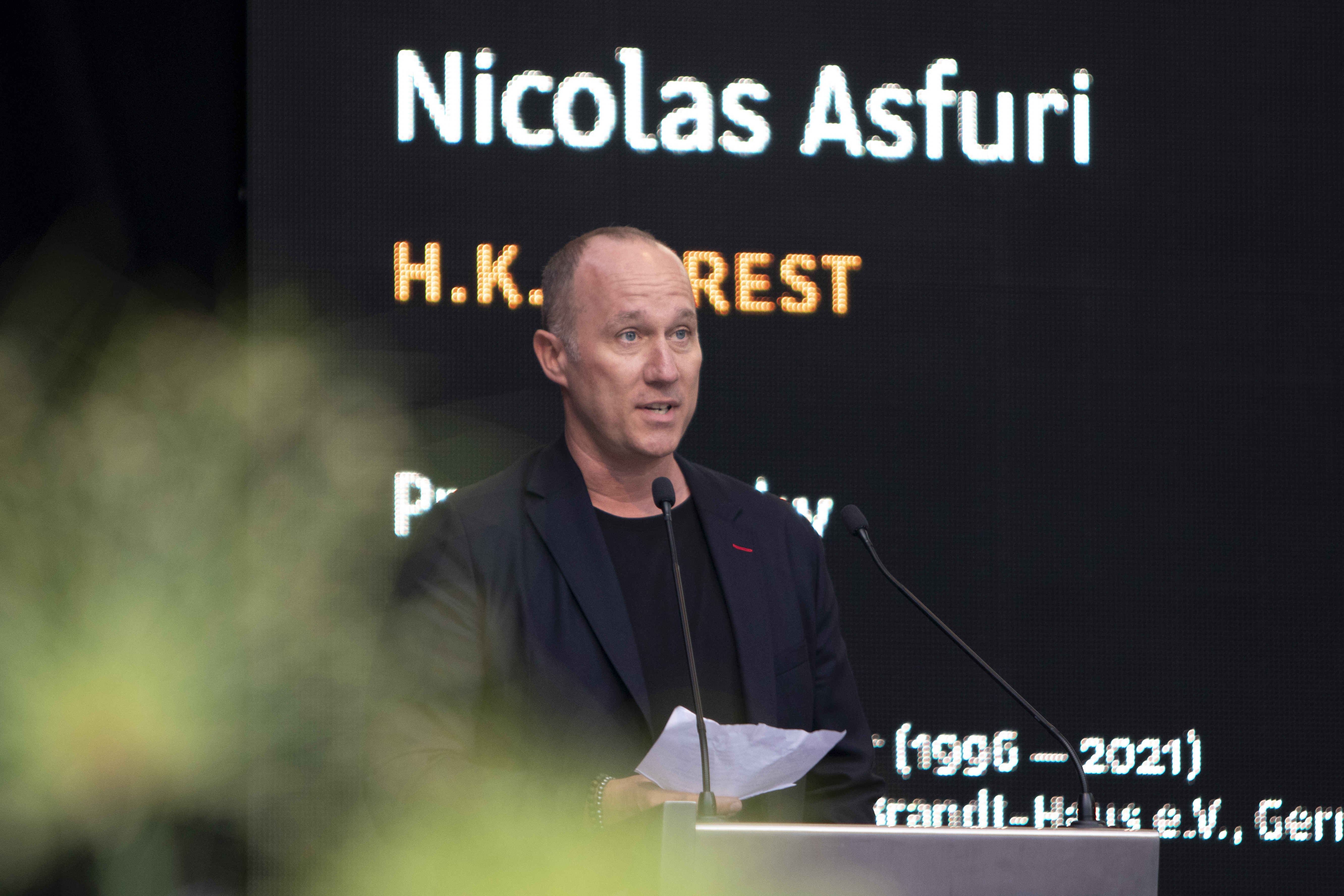 Photographer Nicolas Asfuri was the only nominee, along with Alan Schroeder, who was able to attend the ceremony due to Covid-19 restrictions. Photo Ronja Koskinen/IPI

The 2020 award, which had to be postponed due to the Covid-19 pandemic, is organized by Edition Lammerhuber in partnership with IPI, UNESCO, the Austrian Parliament, the Austrian Parliamentary Reporting Association and the German Youth Photography Award, with the support of World Press Photo. The award ceremony was held in Baden near Vienna, as part of the Festival La Gacilly-Baden Photo.

Moayyedi could not attend the award ceremony owing to ill health. “Photography for me has been the recording of bittersweet moments and stories around me”, Moayyedi said in a video message. “I apologize for not being able to be with you today. This was definitely one of the most important events of my professional life. I hope for a world without war and borders.” 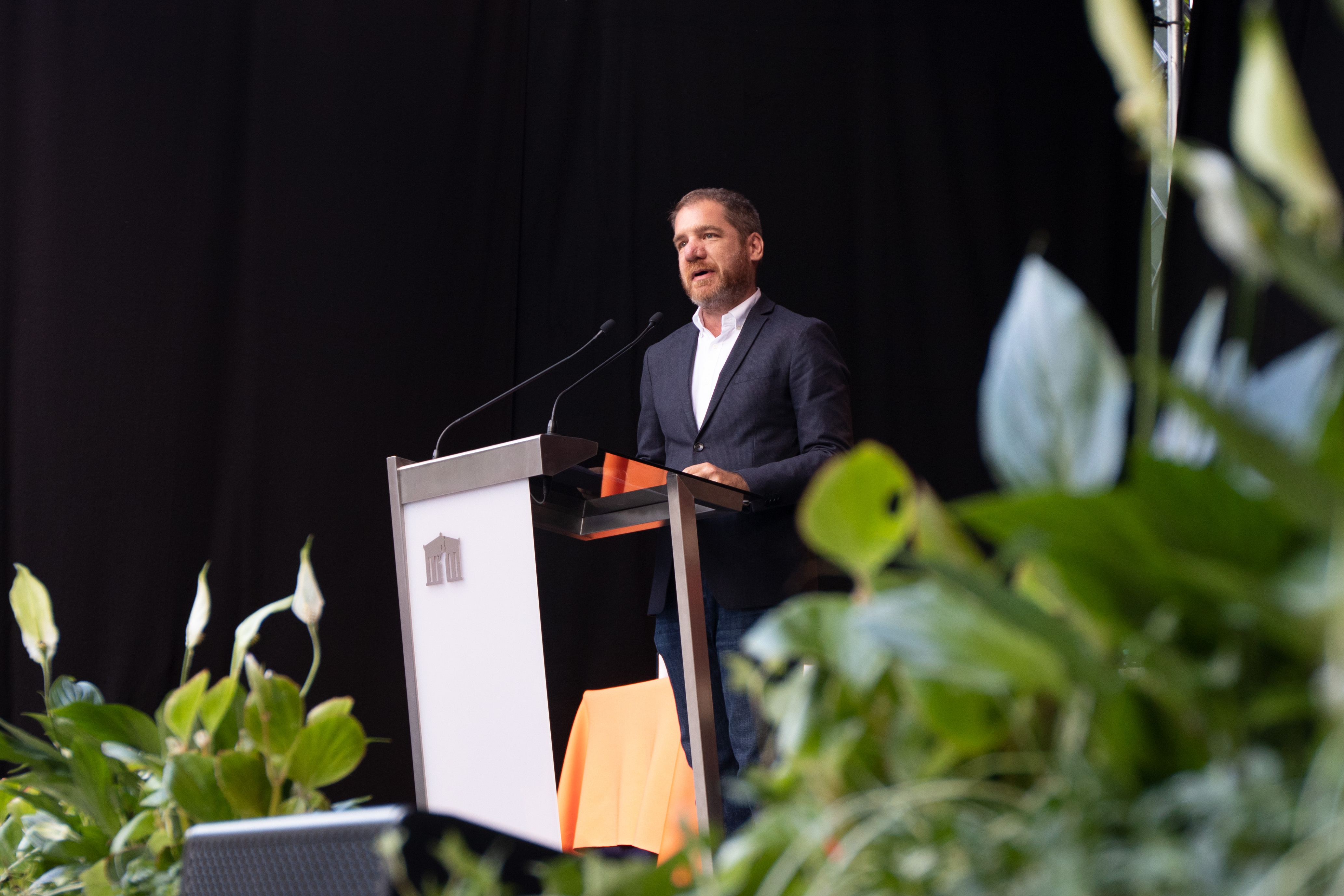 Marton Gergely reminded the audience of all the journalists and photojournalists who have lost their lives in recent years. Photo Ronja Koskinen/IPI

Other speakers in the ceremony were Wolfgang Sobotka, the President of the Austrian National Council, Lois Lammerhuber, co-founder of Global Peace Photo Award, Lars Boering, the Director of European Journalism Center and David Beasley, the Executive Director of United Nations World Food Program. 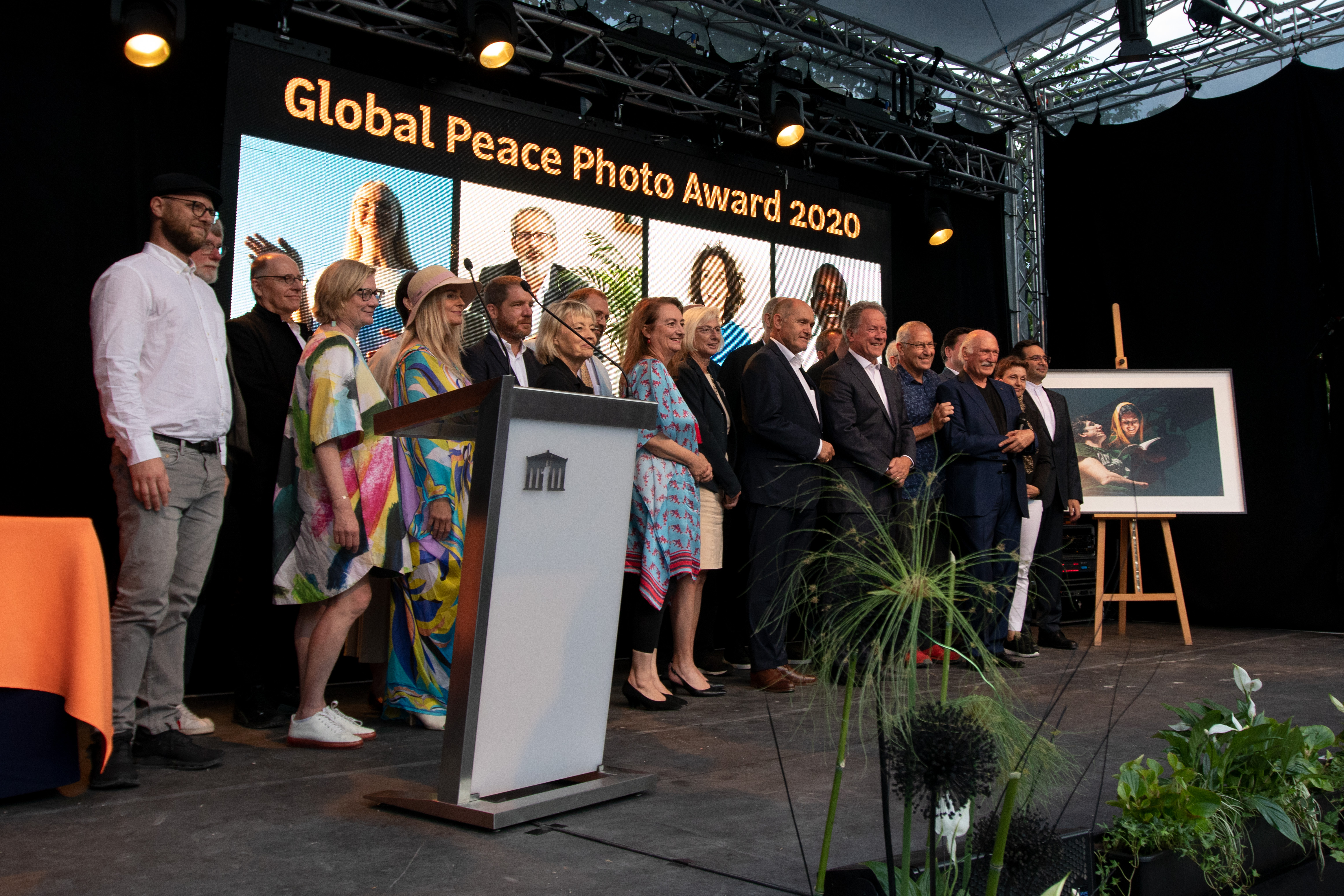 All the winners and jury members of Global Peace Photo Award 2020 in Baden. Photo Ronja Koskinen/IPI

The Global Peace Photo Award promotes and recognizes photographers from all over the world whose pictures capture the human efforts towards a more peaceful world: inner peace, peaceful coexistence, peace within communities and nations as well as international policy of peace. The award is inspired by Nobel Peace Laureates 1911 Alfred Fried, an Austrian pacifist and author, and Tobias Asser, organizer of the first International Hague Peace Conference and instigator of the Permanent Court of Arbitration.