Journalism in Central and Eastern Europe is once again under attack. After the fall of communism, the region began transitioning to a freer environment for the media. But 30 years later, growing authoritarian tendencies are threatening those gains, panellists at the 2019 International Press Institute (IPI) World Congress said earlier this month.

Thirty years after the fall of communism, communist methods are forcing themselves back into the media landscape in Central and Eastern Europe, Balogová said. Gergely agreed, commenting: “If someone woke up from 30 years in coma in Hungary today, he would recognize the media landscape as familiar.”

“30 years after fall of communism, communist methods are forcing themselves back into media landscape through leaders with autocratic tendencies.” pic.twitter.com/Iz6GYb0OK4

In several previously communist countries that now form part of the European Union, democratic elections have ushered in leaders with authoritarian tendencies. Chief among those is Hungarian Prime Minister Viktor Orbán, who has successfully brought much of Hungary’s media under government control through the effective use of “state capture” methods. These leaders, panellists said, aimed to reshape the mission of journalism.

“Ruling parties and politicians with authoritarian tendencies try to redefine journalism”, Balogová said. “They try to deny watchdog role of journalism. They say that the main job of journalists is to ‘inform’ – which means that they want us just to pass on their messages.”

Ownership of media houses has become increasingly concentrated and, in the case of Hungary, centralized in the hands of the state. Last autumn, the Hungarian pro-government media conglomerate KESMA was born, uniting 476 titles from crossword and swimming magazines to political dailies and TV channels. KESMA reaches 80 percent of the Hungarian audience, Gergely said. At the same time, independent media houses have been closed and journalists left without jobs.

In the Czech Republic, Prime Minister Andrej Babiš, who purchased several influential media houses prior to his political ascent, has been compared to former Italian leader and media magnate Silvio Berlusconi. But Hanáková said Babiš’s use of media power was more strategic than Berlusconi’s. “Berlusconi entered to media business to earn money, but Babiš entered to media business to spend money and gain power”, she said. “And he succeeded.”

3) Labelling critical media as an enemy of the people

The political environment for journalists is more hostile than ever before during the current century. Critical journalists face defamation and intimidation not only from the public but also from politicians. “The Czech Republic now has a president who actually jokes about the ‘liquidation’ of journalists”, Hanáková commented.

Critical journalists are once again being smeared as enemies of the state, even if the exact labelling has changed. Balogová pointed out that while journalists during the communist era were accused of being agents of imperialist powers, they are now labelled as agents of George Soros or certain foreign interests. In Poland, for example, public media portray journalists from independent media houses as PR tools of Germany. “We are pursuing our role as journalists, but for them, we are not even journalists, or even media workers”, Kozłowska said. “For them we are pursuing the interests of foreign, and especially German, capital.”

In Slovakia, independent media outlets investigating the 2018 murder of investigative journalist Ján Kuciak discovered the existence of a massive surveillance operation against journalists that preceded the murder and that was led by the businessman charged with ordering the murder. According to Balogová, the operation tracked journalists in their personal and professional life, including photographing their families. The individuals carrying out the surveillance had links to Slovak police, intelligence, and even social agencies.

Panellists noted that there have been some positive develoments in the region. While a number of important media houses have been closed, especially in Hungary, newer and smaller independent media platforms have been born. The current situation has also prompted journalists and the public to reflect on the value of critical journalism in society, as occurred in Slovakia following the murder of Kuciak. When people realize the importance of independent media, panellists said, they might be also ready to support it economically and socially.

In Slovakia, the positive change is visible. Former Prime Minister Robert Fico was forced to resign and public awareness of the meaning of journalism grew. In Hungary, however, the situation is more challenging. Under Orbán´s rule, the impact of journalism has lessened. Persons, who are loyal to Orbán survive, even when they are exposed to corruption scandals.

Gergely said that the situation made it difficult for journalists to do their job. When the news has no consequences, there are no sources; and without sources, there are no stories, he pointed out. Sources only risk themselves as long as they believe they can achieve something. But Gergely noted that even in Hungary journalists still have options. “In critical media you can work as an idealist or as a cynic”, he said. “If you find your idealism, there has never been a time (as now) when your work has made more difference.” 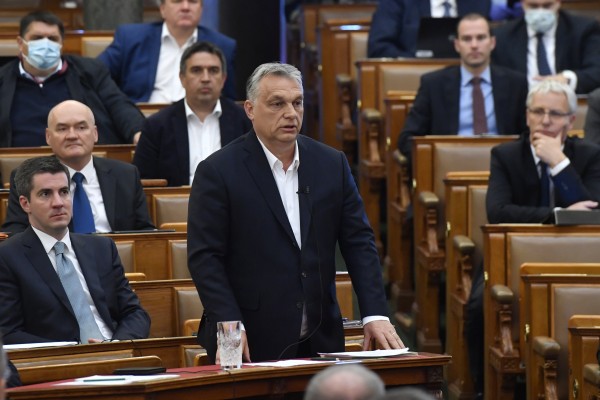