Thousands of people take part in a protest rally 'For decent Slovakia' on the first anniversary of the murder of Slovak journalist Jan Kuciak in Bratislava, Slovakia, February 21, 2019. EPA-EFE/STRINGER

According to Slovak media, the agent, Peter Tóth, conducted a massive, illegal surveillance operation on journalists between March 2017 and February 2018 on behalf of Marian Kočner, the disgraced businessman charged with ordering the murders of Slovak journalist Ján Kuciak and his fiancée, Martina Kušnírová.

The leading Slovak daily SME today published reports that a small, organized group worked with Tóth to gather information to be used by Kočner to discredit journalists, including those working for SME, Aktuality.sk, Trend and Denník N. The group closely monitored the targets’ personal lives and daily activities, going so far as to monitor journalists as they picked up their children from kindergarden. SME also said members of the group sat in a parked car every day in front of the newspaper’s office to follow one of its journalists, Adam Valček.

“The surveillance operation uncovered by the Slovak press is a serious breach of journalists’ rights, in particular journalists’ rights and duty to protect their sources”, he said. “This disturbing and unjustified invasion into journalists’ private lives in order to discredit them represents an unacceptable attack on press freedom aimed at intimidating Slovakia’s critical, independent media into silence. We call on the Slovak authorities to immediately open an investigation into these reports, and in particular into how those carrying out the surveillance were able to access personal information about journalists using police databases.”

Slovak prosecutors announced on March 14 that Kočner, who was already in detention on unrelated fraud charges, would be charge with ordering February 21, 2018, double murder of Kuciak and Kušnírová. The killing sparked the largest protests in Slovakia since the Velvet Revolution, forcing out former Prime Minister Robert Fico as well as the chief of police.

IPI welcomed the charges against Kočner as “clear and significant progress” toward justice but against losing momentum in the case. 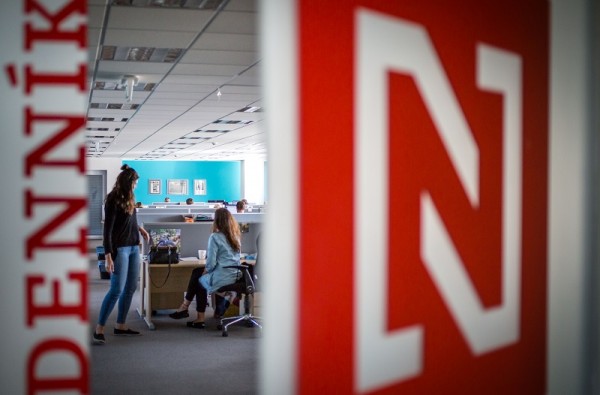