The International Press Institute (IPI), the global network of editors, media executives and leading journalists in over 120 countries, calls for all charges against Lesotho journalist Thabo Thakalekoala to be dropped. These charges include High Treason, a charge that carries the death penalty.

According to information before IPI, Thakalekoala was arrested on 22 June 2007, shortly after completing a morning broadcast for Harvest FM Radio. During the broadcast, he read from a letter sent to him by members of the Lesotho Defence Force, the army and air force of Lesotho, arguing for the arrest of the Prime Minister of Lesotho and other government members on charges of corruption. Throughout his detention he refused to reveal the exact sources of the letter despite repeated demands.

In addition to the charge of High Treason, other charges have also been made against Thakalekoala, all linked to the original broadcast and arrest. These charges include Criminal Defamation, another unspecified charge relating to the Sedition Proclamation of 1938, a charge related to the Internal Security Act of 1984, and Criminal Injury. His trial is due to commence in the second week of April.

“IPI believes that the arrest and prosecution of Thakalekoala are an overreaction to a situation where a journalist was merely reporting the controversial views and opinions of others,” said David Dadge, IPI Director. “Journalists have a fundamental right to protect their sources and I would urge the government of Lesotho to recognise this right in the case of Thakalekoala. I would also invite the international community to add their own voices to the call for all charges against Thakalekoala to be dropped immediately.” 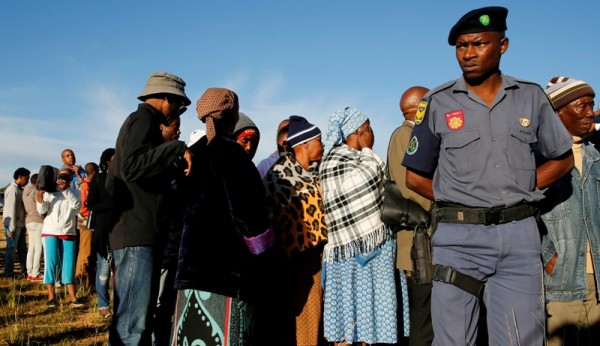