Attacks against independent media in Somalia, Zimbabwe, and Nigeria intensified in October, as journalists in these countries faced numerous threats to their safety that included physical attacks and arrests, according to IPI monitoring of press freedom violations in Africa.

The highest number of identifed cases (14) occured in Somalia, where independent journalists and civil society have come under increasing attack amid escalating violence and deterioring security conditions due to ongoing clashes between government forces and the Islamist armed group Al-Shabab. 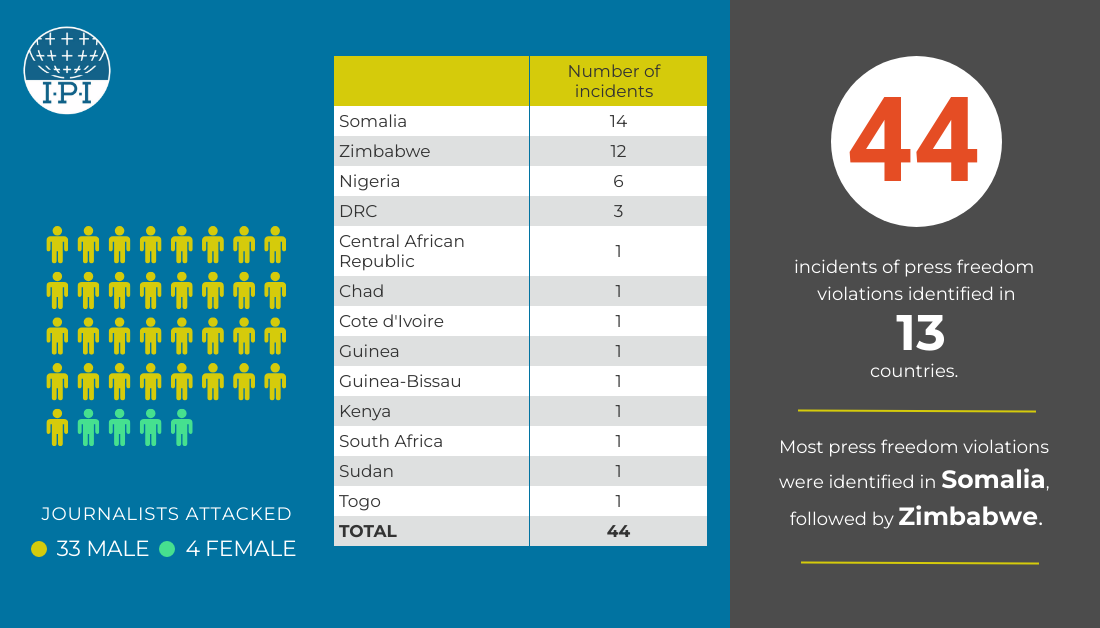 On October 11, journalist and secretary general of the Somali Journalist Syndicate (SJS), Abdalle Ahmed Mumin, was arrested twice by state security forces, after the SJS spoke up against a new government directive aimed at fighting terrorist propaganda that the media community has warned curtails press freedom. According to SJS, more than 40 online press outlets were removed as a result of this directive.

On October 29, journalist Mohamed Isse Koonaa was killed and two others were injured in a suicide bomb attack in Mogadishu, which also killed more than 100 people.

In Zimbabwe, IPI identified and documented at least 12 press freedom violations — the second most incidents of any country in sub-Saharan Africa in October. Three journalists were physically assaulted, including two reporters for HStvNEWS who were assaulted by the police in the Harare suburb of Mbare while they were working on a documentary, according to MISA Zimbabwe. There were also multiple cases in which authorities restricted access to information by prohibiting certain journalists from covering events. 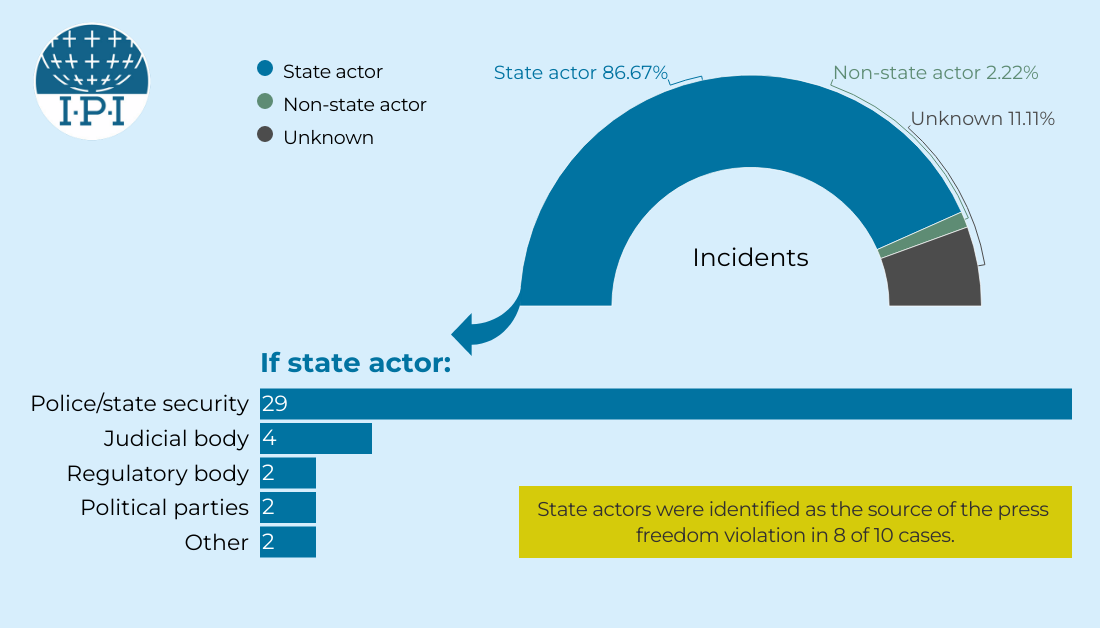 In Nigeria, four journalists were arrested, including Abdulrasheed Akogun and Dare Akogun, who were arrested on criminal charges for comments they posted in a popular WhatsApp group chat. They were accused of criminal conspiracy, defamation, inciting disturbance, injurious falsehood, and cyberstalking. Authorities also ordered the closure of at least six media outlets for covering an opposition political rally.

IPI monitors and collects data on press freedom violations in Africa using a standardized methodology that categorizes violations across the following main categories: physical, verbal or online attacks; arrests and charges against journalists; surveillance of journalists; cases of censorship; laws and regulations that restrict the press freedom; and restriction on access to information. Data are further disaggregated by gender. Our monitoring and data collection activities are part of IPI’s wider Africa programme, which aims to defend press freedom and the safety of journalists in sub-Saharan Africa. 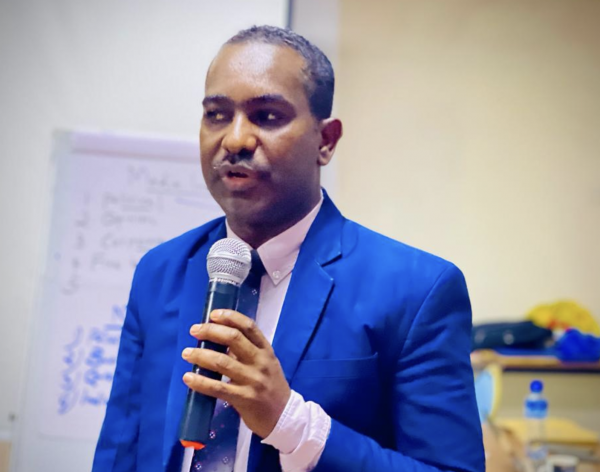