The IPI global network calls for the immediate release of Abdalle Ahmed Mumin, secretary general of the Somali Journalists Syndicate (SJS), who was arrested on October 11 by Somalia’s National Intelligence and Security Agency (NISA).

His arrest came a day after the organisation publicly expressed concerns over the government’s new anti-terrorism measures that they believe restricts freedom of the press. On October 8 the government published a directive prohibiting the ”dissemination of extremism ideology messages” by traditional and social media. Just following that announcement, authorities ordered internet service providers to suspend more than 40 online websites.

In response, the SJS on October 10 joined with other press freedom groups to issue a statement condemning these measures as detrimental to press freedom. That evening members of NISA visited the SJS office and attempted to break in, according to the SJS.

Mumin was then arrested on October 11 at the Mogadishu airport as he was attempting to travel to Nairobi. He has been transferred to Godka Jilacow, the NISA detention facility near the Presidential Palace, according to SJS.

In response to his detention, a group of four press freedom organizations in Somalia have issued a joint statement demanding his release.

“National security cannot be used as a pretext to silence journalists or the organizations that support them”, she added. “Civil society organisations have the right to express their opinions about government policies without fear of reprisal or harassment.” 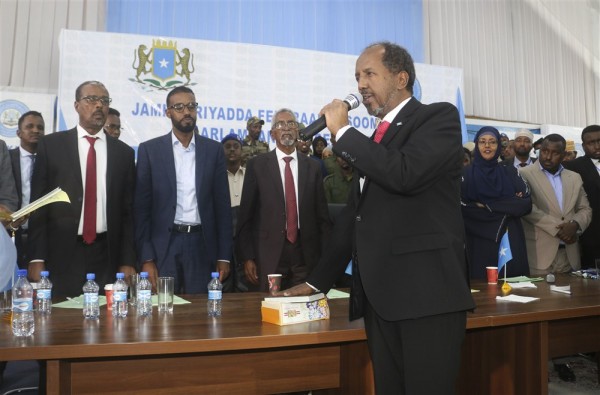