Impunity for killing of journalists entrenched in the Americas

Lack of investigations continue despite drop in number of journalists killed

The coffin containing the remains of Mexican journalist Jorge Ruiz Vazquez, who was found dead at his home on Friday is seen in Actopan, Veracruz, Mexico August 4, 2019. REUTERS/Oscar Martinez

States in the Americas face an engrained culture of impunity for the killing of journalists, according to new analysis by the International Press Institute, a global network of editors, media executives and leading journalists for press freedom, to mark International Day to End Impunity for Crimes against Journalists on November 2.

In 2019, at least 16 reporters were murdered in the region in apparent connection with their work: nine in Mexico, two in Honduras, two in Colombia, two in Haiti and one in Brazil, according to IPI’s Death Watch project.

All of these cases remain mired in impunity, characterized by a lack of serious and comprehensive criminal investigations. The journalistic work of those killed frequently focused on the nexus of organized crime, corruption and the narcotics trade.

IPI’s count of killed journalists includes cases in which details suggest retaliation for unwanted press coverage even when inadequate investigations are unable to establish a motive with certainty.

IPI Director of Advocacy Ravi R. Prasad said figures for 2019 show the Americas continue to be marred by “a climate of near total impunity” for the murder of journalists. “Governments across the region are failing abjectly to investigative and bring journalists’ killers to justice, leaving families in painful limbo”, he said.

IPI’s Death Watch shows that the number of killings of journalists globally has dropped in the past year. Although this decrease is also reflected in overall numerical terms in the Americas, the region remains plagued by violence against journalists, especially in those countries where such violence has been especially endemic.

While no reporters were killed in Guatemala or El Salvador for the first time in years, nine journalists have been murdered in Mexico so far in 2019, which does not represent a significant shift. More journalists have been killed this year in Mexico than both Afghanistan and Syria, which are both plagued by extremist insurgencies and ongoing civil wars. The Death Watch also shows an increase in killings in Colombia, Honduras and Haiti.

Overall, the Americas remain disproportionately deadly for journalists compared to the rest of the world. In 2019, five of the region’s countries rank among the seven most dangerous globally. Reporters murdered in Mexico, Honduras, Colombia, Haiti and Brazil make up 70 percent of all targeted killings around the world this year, according to IPI data.

Despite some bright spots, IPI’s findings paint a dark picture of violence and impunity in the Americas and reflect the serious challenges faced by states beset by weak law enforcement, ineffective judicial systems, and the deadly quagmire of gang violence and drug cartels.

A deadly year in Mexico

Mexico is the most dangerous place for journalists to work anywhere in the world so far in 2019, with nine killed this year. Most at risk are those covering corruption and drug syndicates. Rafael Murúa Manríquez, director of Radio Kashana, was found dead in Baja California Sur in January after publishing critical material about a local mayor. Nevith Condes Jaramillo, was stabbed to death after publishing stories about corruption in the local police department. And reporter Norma Sarabia, who denounced police corruption, was gunned down in Chontalpa, an area dominated by organized crime groups.

Little progress has likewise been made in the murder investigations of radio presenters Jesús Eugenio Ramos and Reynaldo López, who were killed in separate incidents in February. Impunity also remains for the killers of community radio journalist Telésforo Santiago Enríquez, who was shot dead by unidentified gunmen in May, and Rogelio Barragán, who was found dead in the trunk of a car in July.

Despite the existence of a Federal Protection Mechanism set up in 2012 to protect journalists and a special prosecutor dedicated to investigating attacks on freedom of expression, the impunity rate for crimes committed against freedom of expression sits at a shocking 99 percent, according to an Article 19 Mexico study released earlier this year.

This story is much the same elsewhere in the region. In Honduras, a small country with one of the highest murder rates in the world, journalism remains a dangerous profession. Two journalists have been killed so far this year in the country.

Journalist and presenter Leonardo Gabriel Hernández, a critic of the local mayor and regional members of Congress, was shot dead in Nacaome in March. He had received several threats and last year had been denied entry into a national protection scheme.

Despite similar efforts to seek protection from authorities, broadcast journalist Edgar Joel Aguilar, who regularly covered crime, was shot dead inside a barber shop in Copán in August. While one arrest has been made, the suspect has yet to be brought to trial. Meanwhile, efforts to reform judicial systems and police remain marred by widespread corruption. Investigations are rarely carried out and impunity in Honduras remains the norm.

Increased killings in Colombia and Haiti

Though Colombia is widely considered to have made remarkable improvements in recent years, the number of journalists killed their in connection with their work has increased. In 2018, no Colombian reporters were killed for their work. This year, two were likely murdered due to their profession.

In June, radio journalist José Libardo Montenegro was killed in Nariño, one of Colombia’s most violent departments. Then in October, community radio host Javier Córdoba Chaguendo was killed by gunmen who broke into the studio. The perpetrators fled and have not been identified since.

While a 2016 peace deal with the Revolutionary Armed Forces of Colombia (Farc) appears to be holding, violence continues between armed dissident factions and right-wing paramilitaries, making areas of the Latin American country deadly places to report from. Death threats are widespread and reporting on drug trafficking remains extremely dangerous.

In Brazil, meanwhile, journalists reporting on corruption still face hazards. In 2019, one journalist has been killed because of his work so far. While this figure is down significantly from 2018, impunity is still a major issue. In May, journalist Robson Giorno, a frequent critic of local politicians who reported on alleged corruption, was gunned down by unidentified assailants in a premeditated ambush at his home in Rio de Janeiro state.

Lastly, the Caribbean country of Haiti has seen a spike in murders of journalists in 2019, making it one of the deadliest years in recent memory for Haitian journalists. In June, radio reporter Rospide Petion was shot dead by unidentified gunmen who fired on the vehicle belonging to the radio station. Rospide had been reporting extensively on corruption allegations against the government and regularly received threats about his work. Most recently, in early October, radio reporter Nehemie Joseph was found dead in his car with multiple gunshot wounds in Port-au-Prince. The journalist had recently reported threats to his life from politicians of the ruling party. None of the killers have appeared before a court.

IPI has been compiling annual data on the killings of journalists since 1997 as part of its press freedom and safety of journalist programmes.

This article was published ahead of International Day to End Impunity for Crimes Against Journalists on Saturday, November 2, 2019. 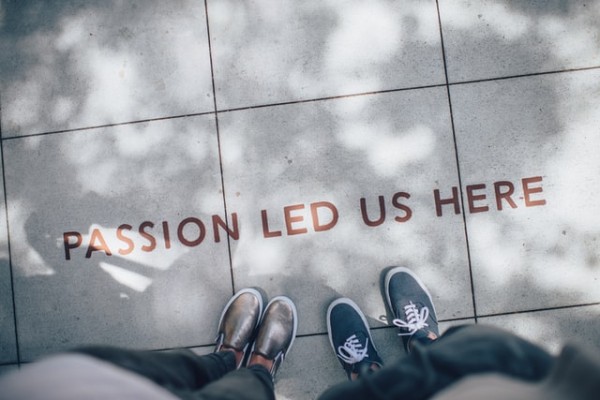 IPI is hiring! We’re currently looking for a head of communications and campaigns. P…
Read More