Journalists, photographers and activists hold up pictures of journalists who have been killed in Mexico, during a demonstration against the murder of journalists, outside Bellas Artes museum in Mexico City, Mexico on June 15, 2017. Edgard Garrido/REUTERS.

Monday’s murder of journalist Luciano Rivera Salgado in Rosarito, Mexico on the two-year anniversary of the shocking killing of photojournalist Rubén Espinosa and four activists in Mexico City highlights, again, the bitter harvest of the country’s ongoing culture of impunity for crimes against journalists.

Local news media reported that Rivera, a TV presenter for local channel CNR, was shot in the head after confronting a group of men allegedly harassing women at a local bar in the resort town south of Tijuana.

The killing, at first glance, may not seem to be connected to Rivera’s work or comparable to Espinosa’s demise. Espinosa, a photojournalist from the Gulf Coast state of Veracruz, was found dead bearing signs of torture two months after he fled to Mexico City to escape harassment, surveillance and threats.

A swift, transparent and complete investigation into Rivera’s murder would clarify whether he was merely a victim of the widespread violence that has accompanied the government’s war on drug cartels, lately centred in Mexico’s Baja California state, or the target of an organised assassination.

But given Mexican investigators’ reputation for failing to fully investigate journalists’ murders or, worse, mischaracterising them to conceal the true toll, observers fear Rivera’s and Espinosa’s cases will lead to the same end: a stalled investigation, no determination whether the killing was linked to the journalist’s work and a lesson to those who would murder journalists that doing so carries no real consequence.

Since 1997, the International Press Institute (IPI) has linked at least 90 journalists’ deaths in Mexico to their work. However, that tally does not include 27 others, including Rivera and Espinosa, killed since the beginning of 2015.

In a country where some 90 percent of crimes against journalists go unpunished, the ongoing failure to achieve justice leaves those journalists’ surviving colleagues more and more exposed each day.

In addition to Rivera, the following journalists have been killed in Mexico since January 2017:

Edwin Rivera Paz: The body of the Honduran photojournalist was found in Veracruz state on July 9, 2017 with gunshot wounds. Rivera had fled to Mexico from Honduras after gunmen in January murdered the director and producer of the TV show where he worked as a cameraman.

Salvador Adame Pardo: The charred remains of the director of local channel 6TV were found on June 26, 2017 in the state of Michoacán, nearly one month after he was kidnapped.

Javier Valdez Cárdenas: The journalist, who was prominent for his coverage of drug cartels, was killed on May 15, 2017 in Sinaloa state in broad daylight when unidentified assailants ambushed his car, dragged him from the vehicle and shot him before using the car to make their getaway.

Filiberto Álvarez Landeros: Unidentified gunmen shot the radio host on April 29, 2017 after he left his evening radio program in the state of Morelos. Prosecutors initially said the murder appeared unrelated to Álvarez’s work, but the case remains unsolved.

Juan José Roldán Ávila: The body of the reporter and LGBT rights activist was found on April 16, 2017 in the state of Tlaxcala. An autopsy determined that he died from injuries suffered during torture.

Maximino Rodríguez Palacios: The police beat reporter for an online portal in the state of Baja California Sur was shot to death in his vehicle on April 14, 2017. Two months later, authorities said three men had been arrested in the killing and confirmed that it was related to Rodriguez’s work, prompting IPI to add his name to the list of journalists targeted for their profession on IPI’s Death Watch.

Miroslava Breach Velducea: The prominent journalist who reported on organised crime, corruption and politics was gunned down on March 23, 2017 in front of her home in the state of Chihuahua as she was about to take one of her sons to school. The gunmen reportedly left a note with her body that read, in Spanish, “For being a loud-mouth”, but no suspects have been apprehended. Police said they believed the killing to be linked to Breach’s work, prompting IPI to add her name to its Death Watch.

Ricardo Monlui Cabrera: The editor of a local financial information newspaper was shot dead on March 19, 2017 in the state of Veracruz as he left a restaurant with his wife and son.

Cecilio Pineda Brito: The journalist and editor who specialised in reporting on police actions and gang violence was fatally shot on March 2, 2017 in Guerrero state as he lay in a hammock while waiting for his car at a car wash. Threats prior to the shooting, as well as an attempt on Pineda’s life in 2015, prompted IPI to add his name to its death watch.

Carlos Alberto García Martínez: The sports journalist and another man were killed on Feb. 20, 2017 in Colima state when gunmen opened fire on the car in which they were traveling. Authorities detained a 26-year-old suspect and said the killing was unrelated to García’s work, but failed to explain further. 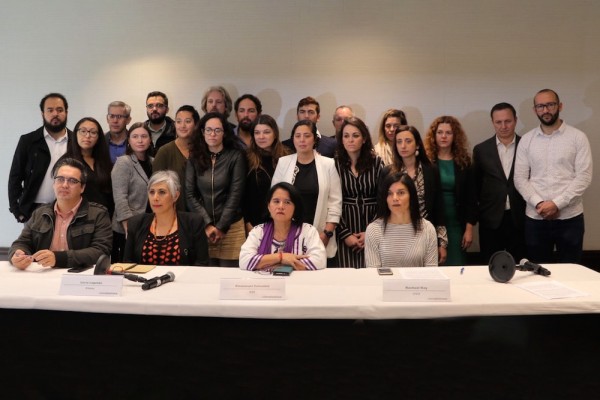