A top official with the EIKE Institute in Germany, which is sceptical of climate change, attacked and threatened a journalist filming a story for the German public broadcaster financially supported by the IJ4EU fund. (Screenshot/ARD)

Thanks to the financial support of the IJ4EU fund, cross-border teams of investigative journalists in Europe are launching new stories on networks of climate change denialists, the use of European Parliament funding by far-right parties, the Hungarian government’s lavish support for football stadiums abroad and questionable railroad tenders in Bulgaria involving hundreds of millions of euros in EU funding.

The IJ4EU (Investigative Journalism for the EU) fund was launched earlier this year to encourage investigations that cross European borders. In June, an independent jury led by Süddeutsche Zeitung Editor-in-Chief Wolfgang Krach awarded €315,000 to 12 projects. The fund is backed by the European Commission via the European Centre for Press and Media Freedom (ECPMF) and managed by IPI, a global network of editors, media executives and leading journalists for press freedom.

On December 6, a team of journalists led by Annika Joeres and Susanne Götze published the first story in a series of reports on climate change denialism in Europe and the United States. The story, broadcast on the widely viewed “Monitor” programme of the German public broadcaster ARD, critically examined the increasing efforts of far-right and populist movements on both sides of the Atlantic to sow doubts about the nature and effects of climate change through the use of “scientific experts”. These efforts have reached, according to the report, the European Parliament and the German Bundestag.

The report already struck a nerve prior to publication. The ARD broadcast shows the president of the “European Institute for Climate and Energy” (EIKE), a denialist think-tank in Germany, physically attack and threaten a journalist working on the story. EIKE unsuccessfully sought to prevent publication of the clip through a court order. In a statement on its website, EIKE attacked the court’s refusal to block the broadcaster as a sign that “journalists who conform to the system are above the law” and accused Monitor of acting as an attack dog against the think-tank.

The series on climate change denial has also been published in Germany’s Süddeutsche Zeitung, Austria’s Der Standard and France’s Mediapart. The investigations results will also be published in Britain’s The Guardian.

A team led by the media organization Rue89 Strasbourg and including journalists from France, Germany, Belgium, Austria and Hungary on December 6 launched the first two parts of its investigation into the use of EU Parliament funds by far-right parties.

The project aims to shed light on the “double speak” of EU-sceptic politicians. “They criticize the EU’s expenses, but at the same time stretch its imprecise rules to the limit and beyond for the sole purpose of obtaining maximum funding for their various parties”, the journalists involved say.

A first story, published by Rue89 Strasbourg, examines 2.5 million euros in European Parliament funding for the Alliance of European National Movements between 2012 and 2017.  A second story was published by the French newspaper La Croix, focusing on the lack of transparency regarding the usage of monthly stipends for MEPs.

With the financial support of the IJ4EU fund, a team of journalists with the Hungarian investigative news website Átlátszó and its Romanian partner Átlátszó Erdely is scrutinizing the Hungarian government’s financial support for football teams and stadiums in neighbouring countries, including Slovakia, Romania and Serbia. The first articles in the series were released on December 11. The investigation has revealed that Hungary has spent around 50 million euros of taxpyer money on a “cross-border football network” in areas with large Hungarian minority populations. Átlátszó and Átlátszó Erdely are, for the first time, shining a light on the aims and details of this network.

In September, the investigative websites Bivol.bg in Bulgaria and RISE Project Romania reported on alleged mass fraud in EU-funded projects in Bulgaria. Now, backed by IJ4EU, the two partners are turning their attention toward EU railway tenders in the region. According to the first article in the new series, a recent tender for railroad construction in Bulgaria of close to 200 million euros was won by a joint bid from Bulgarian, Spanish and Romanian companies. The investigation revealed that “[t]he Bulgarian participant bears the markings of a classic shell company, the Spanish partner has no experience in railway construction, while the Romanian company, which has a modest experience, has been accused by the Romanian National Anticorruption Directorate (DNA) of theft of European Union (EU) funds from the rehabilitation of a railroad.” 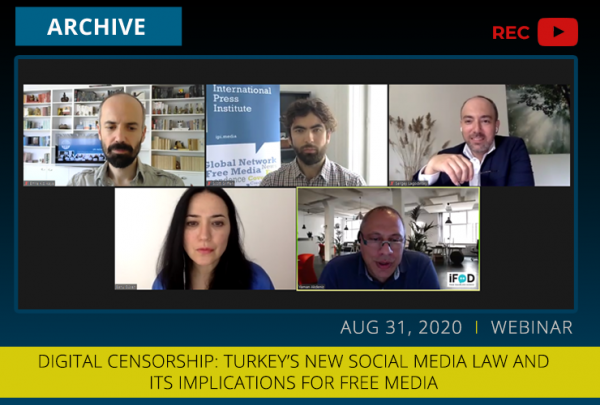