Fifth journalist killed in Mexico since beginning of 2022

Five journalists have been now murdered in Mexico since the beginning of 2022. Heber López Vázquez was killed on February 10, making this one of the deadliest periods for journalists in Mexico in recent memory. This is an urgent crisis that needs to be immediately addressed. IPI mourns the loss of López and the four other journalists and urges authorities to bring justice to the victims and their families.

On February 10, journalist Heber López Vázquez, director of online news site Noticias Web, was fatally shot outside of his office in Salina Cruz, authorities said. Two suspects have been arrested but the investigation is still ongoing.

López Vázquez covered crime and police news. Many journalists have been targeted for this type of reporting in the past.

His murder follows the killings of four other journalists in Mexico since January. On January 31, Roberto Toledo was shot by three gunmen in Zitacuaro, a region controlled by drug cartels and criminal gangs. On January 23, Lourdes Maldonado López was fatally shot inside a car in Tijuana. On January 17, Margarito Martínez was fatally shot near his home. On January 10, Jose Luis Gamboa was stabbed to death in Veracruz.

Nationwide protests broke out across 40 cities in Mexico following the string of murders in January. IPI spoke to Gabriela Martínez, the co-organizer of the protest in Tijuana, who said the loss of these journalists is not only professional but personal, too. However, many journalists in the country don’t have time to mourn, she said.

“The reality is: because we are journalists, we do not have time to process it all, to be at home quietly. We have been doing a lot of things every single day since this happened”, Martínez told IPI.

The vast majority of crimes against journalists in Mexico go unpunished. There is currently a protection program for journalists. On January 26, journalist José Ignacio Santiago narrowly escaped a car carrying armed assailants when it tried cutting his vehicle off the highway. Santiago said the only reason he escaped was because he was accompanied by two bodyguards assigned to him under the program.

However, the recent string of killings shows how the program is failing. According to Gabriela Martinez, Maldonado was protected by two cops from this program. She also said Mexico failed to integrate Margarito into the program.

Mexico ranked as the deadliest country for journalists in 2021, with seven journalists killed, according to IPI’s Death Watch. All cases were targeted killings. 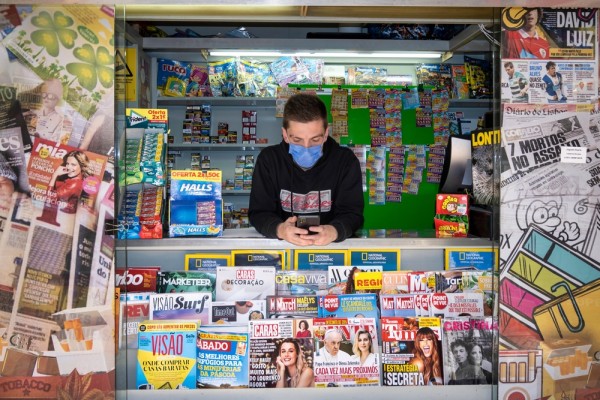 Press freedom remains strong in Portugal. The country is democratically stable and the ri…
Read More