Photo of a #Fitnet advertisement in public transportation. REUTERS/Stringer

The Malaysian government is tightening its grip on the media ahead of general elections scheduled be held before June.

A new law passed by country’s parliament last week penalizes the spreading of “fake news” with six years’ imprisonment and a fine of 500,000 ringgit (approx. 105,000 euros). A specialized committee consisting of government bodies, such as the National Security Council and the Malaysian Communications and Multimedia Commission (MCMC), worked on drafting the “fake news” bill, as it has been labelled by critics and human rights activists. The Malaysian parliament, in a rather rushed manner, passed the bill in one day. This was not unexpected as the ruling Barisan National party (BN), under the leadership of Prime Minister Najib Razak, controls more than 50 percent of the seats in the national legislature.

”It is plain that this is a blatant exercise in intimidation by a desperate leader facing election at a time when he has been roundly exposed as a kleptocrat”, Clare Rewcastle Brown, an investigative journalist well-known for her work in Malaysia, told IPI.

Rewcastle Brown, founder of The Sarawak Report and Radio Free Sarawak, also warned that the law’s definition of fake news is very vague, if defined at all.

The new law, critics say, is a tool to suppress the public discussion about a major financial scandal before the elections and to keep news under control.

“Now, having rushed this ill-thought law through Parliament in one day he [Razak] will be able to threaten and intimidate anyone, particularly opposition campaigners, who raise the issues of his corruption on the campaign trail,” Rewcastle Brown added.

This tool is seen as a way of securing the party’s grip on the parliament, as in the last elections the opposition parties were stronger than ever before.

“We are concerned that this law will be used to silence journalists and prevent them from covering scandals or reporting critically of the government”, IPI Deputy Director Scott Griffen said. “In the absence of a concrete definition of what constitutes fake news, the government can accuse any journalist of spreading fake news.”

Urging the government to reconsider the implementation of the law, Trionfi said that Malaysia should follow the example of Asian neighbour India, which recently withdrew an order that would have rescinded the accreditation of journalists found to have spread “fake news”.

In 2015, the Malaysian prime minister was accused of corruption as part of the infamous “1Malaysia Development Berhad”(1mdb) case, first revealed by Sarawak Report and Radio Free Sarawak. Reports suggested that Razak had transferred millions of dollars to his personal bank accounts from 1mdb. Large transfers of money and properties from international sources also indicated corruption within the government. The scandal has become a major political issue in the country and opposition parties have been clamouring for action. Moreover, it is now posing a major challenge for the ruling party ahead of elections to the 222-member House of Representatives.

Their reporting on the 1mdb scandal make Sarawak Report and Radio Free Sarawak a target of the MCMC. Access to Sarawak Report was blocked in Malaysia in 2015. That same year, Malaysian police issued an international arrest warrant for Rewcastle Brown, who lives in the UK. However, the site continued reaching the public through medium.com; months later in 2016 that channel was blocked as well. Radio Free Sarawak, the recipient of IPI’s 2013 Free Media Pioneer Award, is still operating, despite the Malaysian government’s attempts to silence it.

An advertising campaign called #Fitnet has accompanied the new law. It urges Malaysians to not share information online unless they are sure of its reliability. Posters in metro stations or billboards show people on their phones, sporting long noses resembling Pinocchio, with captions like “Sharing a lie makes you a liar”.

In a country where many people get their news from social media, spreading only accurate information is important. But while proponents of the law see it as a way to get rid of lies and wrong information in the media, the vague nature of its text and its timing suggest that the measure may be used to limit freedom of expression rather than contribute positively to the country’s information landscape. 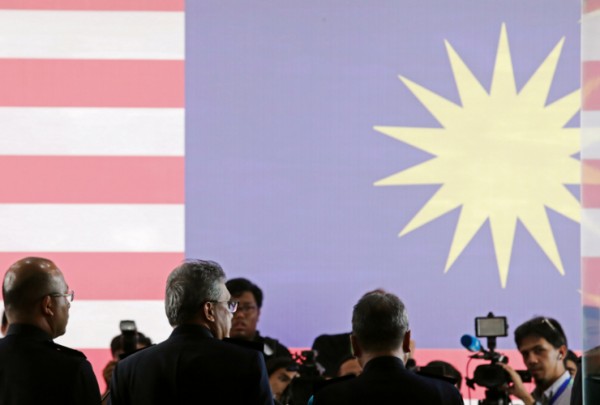