Noted journalists Marie Colvin and Mika Yamamoto to be honoured for their courage and professionalism; Radio Free Sarawak receives award for independent reporting on local issues

Journalists Bryn Karcha (C) of Canada and Toshifumi Fujimoto (R) of Japan run for cover next to an unidentified fixer in a street in Aleppo's district of Salaheddine December 29, 2012. REUTERS/Muzaffar Salman

Two journalists – American reporter Marie Colvin and Japanese photojournalist Mika Yamamoto – are the posthumous recipients of IPI’s 2013 World Press Freedom Hero award for their bravery and professionalism while covering the ongoing conflict in Syria as well as other conflicts before.

Malaysia’s Radio Free Sarawak is the winner of IPI’s 2013 Free Media Pioneer Award, which since 1996 has recognised a news or media organisation that has worked to improve press freedom and media independence in its home country or region.

IPI will formally present these awards during a special ceremony at its upcoming 2013 World Congress, which will take place in Amman, Jordan, from May 19 to 21.

Colvin, a veteran reporter working for the London-based Sunday Times, was killed in an attack on a makeshift press center in the besieged Syrian city of Homs on Feb. 22, 2012. She had covered conflicts across the Middle East, in the Balkans, Chechnya, and East Timor, and while reporting in Sri Lanka in 2001 lost her left eye due to a shrapnel wound.

In a tribute to Colvin after her death, Christopher Thomson, publisher of the U.K based The Courier and a friend of the journalist, said “[s]he represented something admirable that we in journalism can all recognise and try to emulate — dispassionately telling the truth and somehow by doing that — in her case in the most ghastly circumstances — protecting the rest of us from tyranny.”

Yamamoto, an experienced war correspondent who covered wars in Afghanistan and Iraq, was working for The Japan Press, an independent TV news provider that specialises in conflict zone coverage when she was killed on Aug. 20, 2012, in the Syrian city of Aleppo, where clashes between rebels and regime forces had raged for weeks. Witnesses stated that she and others appeared to have been specifically targeted by government soldiers.

Commenting on Yamamoto’s award, IPI Executive Board Member, Mr. Toshihiko UJI, Advisor and Special Editorialist with Chunichi Shimbun, Japan, said: “On the occasion of World Press Freedom Day, May 3, the members of the Japanese news industry are deeply honoured that a Japanese journalist, Ms. Mika Yamamoto, has been chosen for the World Press Freedom Hero Award. For a long time as a freelance journalist she pursued the difficult task of covering the wars in Afghanistan and Iraq, but unfortunately she perished while reporting on the conflict in Syria last August.

The IPI World Press Freedom Hero Award recognises individuals who have made a significant contribution to defending and promoting press freedom, especially, but not only, if it involved acts of resistance or bravery under harsh conditions.

“With at least 39 journalists and many more citizen reporters killed in 2012, and another five killed already this year, Syria is currently the single most dangerous country in the world for journalists,” noted IPI Deputy Director Anthony Mills. “And while we are terribly saddened by the loss of these two brave women and so many others like them, both in Syria and around the world, we also resolve to celebrate their courage, their professionalism, and their unbending dedication to their craft as exceptional journalists.”

This year’s winner of IPI’s Free Media Pioneer Award, Radio Free Sarawak, was founded in 2010 by journalist Clare Rewcastle Brown, and bills itself as “the independent radio station that brings you the news you want to hear, not what others want you to hear.”

In practical terms, this bold mission has involved ongoing attempts to expose the alleged corruption of the government run by the Chief Minister of Sarawak, Abdul Taib Mahmud, who has ruled the Malaysian state since 1981.

Broadcasting via both shortwave radio and podcast, Radio Free Sarawak contributors have been investigated, detained and charged with possible acts of sedition by the Home Ministry of Malaysia, along with accusations of spreading “malicious lies and threatening unity and harmony among races.”

During the bitterly contested 2011 Sarawak elections, Radio Free Sarawak and its sister site Sarawak Report were subjected to what were believed to be deliberate, if ultimately unsuccessful, efforts to silence them via cyber attacks.

In a message to IPI about the IPI award, Clare Rewcastle wrote: “It comes at a very meaningful moment for us as we struggle to keep on air over the last 3 days of a crucial election period in Sarawak, Malaysia, in the face of determined jamming and cyber-attacks on our website.

“Each of our staff face threats against them and their livelihoods should their identities face exposure. It will lift the hearts of our audiences in the longhouses of Sarawak, who are our dedicated listeners, to know that not only has our little radio station reached out to offer them support, but that our efforts have received the accolade of the wider global community of journalists through this award.”

IPI Deputy Director Anthony Mills noted: “It is this dogged commitment to pursuing and reporting the news, however difficult, that led to our decision to honour Radio Free Sarawak as IPI’s 2013 Free Media Pioneer. We salute their diligent efforts to offer listeners an independent voice for unbiased news and information in Sarawak, Malaysia.”

Mika Yamamoto – Mika Yamamoto was born in 1967. In 1990, she went to work for the satellite TV channel Asahi Newstar, where she was active as a journalist and a director. As a video journalist, she produced documentary programs from 1990, then became a freelance journalist in 1995.

After working for Asia Press International (API), she joined Japan Press in 1996. She covered Afghanistan under the Taliban rule from 1996. After the 9/11 terrorist attacks in 2001, while still in Afghanistan, she reported on the beginning of the Afghan war up to the fall of Kabul. During the invasion of Iraq in 2003, she was in Baghdad as a special correspondent for NTV, reporting on the lives of oppressed women and children. She sent news about the misery of war through videos, photos, newspaper articles and books.

On August 20, 2012, at the age of 45, she was fatally shot by Syrian government troops during her coverage of the civil war in Aleppo, Syria. She can be viewed as a representative Japanese female journalist who covered war. Ms. Yamamoto received the Vaughn/Ueda International Journalist Special Prize 2003 and will receive the Japan National Press Club Special Award 2013.

Marie Colvin – A veteran reporter working for the London-based Sunday Times, Marie Colvin was killed in an attack on a makeshift press center in the besieged Syrian city of Homs on Feb. 22, 2012. Colvin had covered conflicts across the Middle East, in the Balkans, Chechnya, and East Timor, and while reporting in Sri Lanka in 2001 lost her left eye due to shrapnel wound.

Radio Free Sarawak – A radio station established by journalist Clare Rewcastle Brown, it started broadcasting in November 2010. The station can be received on shortwave on 15430 kHz and it podcasts globally daily from 19.00 to 21.00 at Sarawak local time, or 11.00 to 14.00 UTC.

Founded at Columbia University in New York City in 1950, the International Press Institute works to advance the cause of journalism wherever it is practised. As the oldest global press freedom advocacy organisation, IPI comprises a global network of leading journalists, editors, and media executives united in the belief that freedom of expression is “the right that protects all other rights”, and that it must be protected everywhere. Learn more by visiting: www.freemedia.at 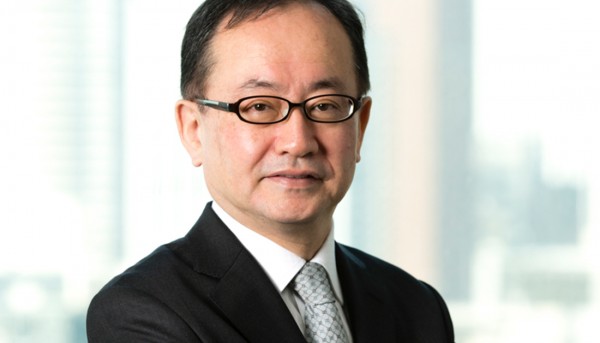 This interview is part of IPI’s series profiling our 10 new Executive Board members. Wha…
Read More

This interview is part of IPI’s series profiling our 10 new Executive Board members. Wha…
Read More