Demonstrators participate in a wake during a protest for the death of journalist Francisca Sandoval, in the Plaza Italia De Santiago, Chile, 12 May 2022. The death of Sandoval, who was shot in the head on May 1 while reporting on a demonstration for Labor Day. EPA-EFE/Alberto Valdes

The IPI global network urges the Chilean government to take swift action to secure the safety of the press, after the death of journalist Francisca Sandoval, who was shot while covering a Workers’ Day march in Santiago on May 1. Sandoval died of her injuries on May 12. Authorities must conduct a thorough investigation into this case and bring those responsible to justice.

Sandoval, a reporter for Señal 3 La Victoria, was shot in the head after clashes broke out between demonstrators and law enforcement officers at a protest for unions on May 1. Two other journalists suffered less severe injuries. Sandoval was hospitalized in critical condition, where she remained on life support until she died nearly two weeks later.

Señal 3 La Victoria called Sandoval’s death an assassination and vowed to find those responsible. The Chilean Journalists Union strongly condemned the attack and demanded better protective measures to ensure the safety of journalists.

Police arrested several suspects several days after the shooting, according to reports.

“We are deeply saddened by the news of the death of journalist Francisca Sandoval, who was shot while covering a demonstration”,  IPI Director of Advocacy Amy Brouillette said. “Journalists must be able to cover protests freely and without fear of violence. We urge the Chilean authorities to investigate this crime swiftly and thoroughly and to hold the perpetrators accountable.”

The president of Chile Gabriel Boric Font said that impunity for this crime will not be permitted. 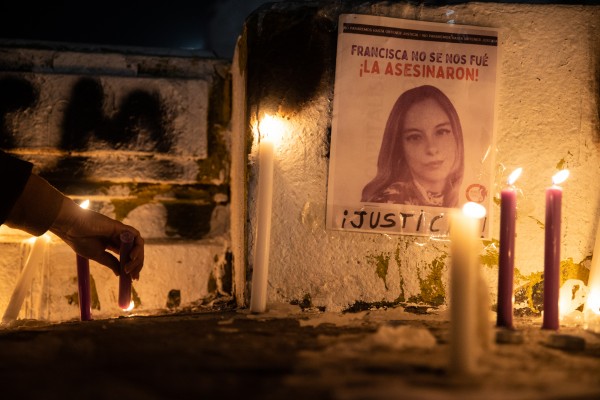