Founded in 1872, the Daily Dispatch became the first penny daily newspaper published in the Eastern Cape in 1898, and has been an advocate for fair treatment of all South Africans ever since. Due to the South African media’s reliability on the declining advertisement model, many outlets, including the Daily Dispatch, witnessed a 50 percent drop in working journalists. Although its newsroom has shrunk, the Daily Dispatch continues to fill a gap in investigative journalism in the region through the paper’s strong relationship with the community it is serving and is finding ways to refocus on local communities and experiment with new products.

With a core readership of over 100,000, the Daily Dispatch targets audiences in the Eastern Cape, one of the poorest provinces in South Africa. While it still relies heavily on the printed newspaper, about 5 percent of its digital audience are paying subscribers.

The Daily Dispatch serves its audience through investigative journalism, exposing corruption and injustices, and hyperlocal reporting in the province of the Eastern Cape. It offers, for example, a local walkabout series in which journalists report their findings through walking specific neighborhoods and meeting with residents who pitch stories that matter to the community.

The Daily Dispatch distributes its content through its print (circulation 14,000) and online editions. Online, readers can also enjoy an exact replica of the print edition via PDF. It also provides daily news updates via email breakers, as well as three weekly podcasts. The Daily Dispatch has also recently begun making brief videos featuring its journalists, who explain their approaches to reporting different stories, deepening their relationship with readers. This feature is also replicated in a ‘Behind the News’ feature published in the newspaper every Friday.

The Dispatch is known for its investigative journalism and this year, for the first time ever, the newspaper produced a 50-minute documentary, called Farmers Under Siege, to run alongside its print project. The news outlet built a marketing campaign around the investigation, including adverts for print and social media, radio interviews with the authors, and a teaser for the documentary. The project has already won awards.

The Daily Dispatch has an editorial staff of eight managers, three photographers and 14 reporters (including two at the Mthatha bureau). However, they’re stretched thin and need more staff to cover everything that is important to the community.

Advertisements, subscriptions, subscriber-only competitions, and events. South Africans aren’t used to paying for news, but the Daily Dispatch is working to change that through its marketing campaigns that encourage people to subscribe by giving them a glimpse behind the story.

Ask them about: How strengthening the editorial focus on local stories helps build audiences as media transition to digital.

The Daily Dispatch had to refocus on local content after coronavirus news fatigue. They did this through:

• Weekly podcasts that dig into the front-page story of the week.

• Getting back into community-specific stories such as the introduction of the Walkabout series and Ward Watch. “Both these features focus on news from our local communities, with the aim of bringing about positive change through reporting. Plans for the new year include a return to campaign journalism where the newspaper takes on an issue, with the hopes of getting the local authority on board to help.

“I think a lot of people were moving away from the unconventional means of media and going to the trusted sources to find out exactly what the status was in the country.”

“We always try by all means to have a strong local headline that will get people to come to us where we can then say, ‘Hi, we’ve got something else for you’.”

“We have actually found that we lost track of that local content that we were really pushing because we were so focused on the big national COVID story. So in the last couple of months, we’ve been trying to win back that local content.”

On their behind-the-news campaign: “We just give people a little bit of insight on how we put the news together for you. This is how we package it. It’s been doing really well. There’s been a lot of engagement on our social media. People also like to see the faces behind the names they see in the paper every day. So that was pretty cool.”

On launching their podcasts: “A lot of people listen to it. So that was exciting because it’s a new form of journalism that we’re getting into.”

“We’ve seen a steady growth in our subscriptions over the last year. And it is something that we’re trying to capitalize on. What we did about a month ago is we looked at all our digital packages and looked at how we change iit and adjust it in terms of what we’re offering people. We want to make it a little bit more enticing.”

On serving the whole Eastern Cape community and managing the urban/rural divide: “It’s something that I wrestle with every single day. I’m pushing out content and we are trying to deal with our core audience. It’s where our money is coming from, our advertising is coming from. But how do you consolidate that with the people in the rural areas who are also buying the newspaper? They may not be buying it as much as people in East London areas, but how do we give them enough content so that more of them are buying it? It’s been difficult to balance that out.”

“Being a regional newspaper, our strength is telling the stories that matter to the people of the Eastern Cape – be it through our everyday reporting on bread and butter issues or our special reports and investigations. Each day, the digital editor provides feedback on which stories pique the interest of readers/subscribers, and we’ve found that local stories feature in eight to nine of the top 10 stories.” 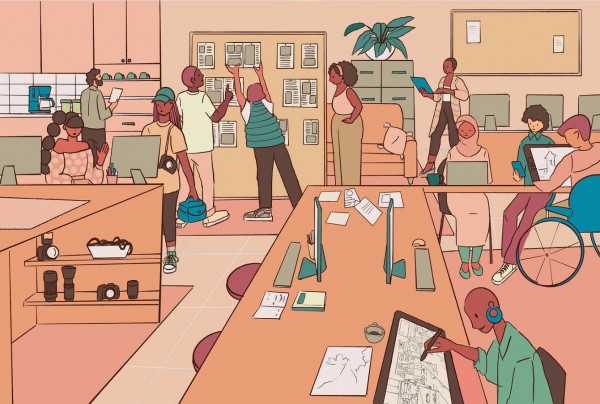 How Africa’s The Continent is filling a market gap of 1.2 billion people

It’s one of the oldest bits of advice in the world: to everything, there is a season. No…
Read More 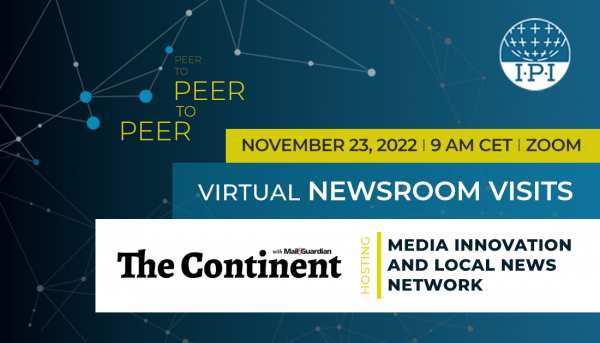