Blog: State support for media: A noble but risky proposition

As news organizations around the world have been recording, on one hand, an increase in audiences of their online platforms, on the other hand, a decrease in income both from advertising and sales, it has become increasingly clear that there may be a role for state institutions to play in supporting a public good: independent quality news. And yet concerns about editorial interference, typically a side effect of state advertising and other forms of state support for the media, lead to understandable scepticism by the journalism community.

With the current economic crisis hitting a media industry already weakened by years of crumbling business models, and a public in great need of accurate, independent news to understand an ongoing health emergency and assess the decisions of political leaders, should we be looking at developing a framework of emergency state funds for the media that promotes the availability of the type of information that people in our countries need the most: accurate, independent, timely and diverse journalism? If so, which structures and criteria need to be considered to limit political interference and ensure the money goes to fulfil the stated purposes?

In an effort to provide financial support to the news media sector during the novel Coronavirus emergency, Austria passed a measure last week defining the criteria on the basis of which financial support will be made available by the state to news outlets.

According to the emergency support scheme, daily and weekly print media will receive additional state funding, on one hand on the basis of their distribution figures, on the other on the basis of the number of copies printed. The latter form of support is being made available also to freely distributed papers. Additional funds will be available for commercial and non-commercial broadcasters.

In the specific context of the Austrian news landscape, the adoption of the criteria mentioned above will lead to substantial state funding of already widely distributed tabloid newspapers, including free sheets, some of which are often criticized for failing to respect the principles of journalism ethics.

The availability of emergency funds for news organizations is in principle a welcome acknowledgment of the vital role of the news sector during this crisis and the need for public institutions to identify ways to support them. However, the criteria adopted to define the level of support don’t appear to promote either quality journalism or diversity of news sources. This raises questions as to whether the emergency support actually aims at supporting a diversity of quality news sources or is guided by the desire to strengthen existing alliances between the government and leading tabloids.

Criticizing the criteria of the emergency support fund, journalists and media experts in Austria recently called for a reform of state support for the media based on quality-related criteria rather than quantity-related ones. Furthermore, they noted that the failure of the current funding scheme to appreciate and promote the value of online news platforms, in particular in the current lockdown, shows a complete disregard for the interests and needs of audiences.

Key aspects of this reform, as highlighted by Austria’s Concordia press club, should be promoting participation of news organizations in the country’s self-regulatory press council and the inclusion of a panel of experts who set the funding criteria on the basis of clearly defined goals and who regularly analyse the efficiency of the methodology adopted.

Austria’s stated intentions to rescue the news media during a crisis and promote much needed diversity are noble ones; unfortunately, the measures adopted for it fail to achieve them.

The Austrian experience shows how thorny the problem of public funding for media can be: A potentially worthy enterprise whose value can be quickly undermined without sufficient guarantees for quality and independence. It should be approached with great caution and care. 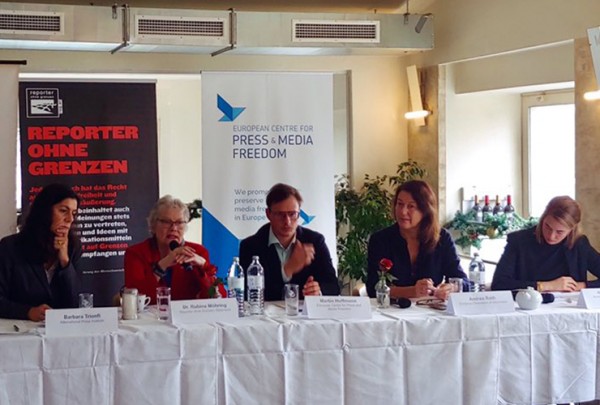