Ugandan President Yoweri Museveni’s approval of a harsh Anti-Homosexuality Law has stirred considerable attention, including a rebuke from top United Nations’ officials and an array of human rights groups.

But for veteran Ugandan journalist Peterson S. Ssendi, the government’s campaign against homosexuals is nothing new. A decade ago, when Ssendi was working at Radio Simba in Kampala, the independent station was warned that if Ssendi did not stop reporting on gay rights, it could lose its broadcast licence.

“Before we thought that freedom of information and every other human right can work in Uganda, but the government stopped the radio from airing anything related to the gay people,” Ssendi told me in a telephone interview from the Netherlands. He went on to say that Uganda’s new law – which prescribes life imprisonment for the act of “aggravated homosexuality” – “is completely unconstitutional”, explaining: “It denies us the right to privacy … it denies us freedom of information and it denies us freedom of expression.”

Ssendi left Uganda last September and is now visiting Ugandan diaspora groups and human rights organisations in Europe to raise awareness about what is happening in his home country. “I chose to sacrifice my job in Uganda and do rights activism,” he told me two days after Museveni signed the measure into law on Feb. 24. A former Voice of America correspondent in Uganda, Ssendi writes a blog about gay rights in Uganda and other African countries.

Uganda has a competitive news environment, but media nonetheless face government interference. Last year, two newspapers – the Daily Monitor and the Red Pepper – along with affiliated broadcasters were raided and shut down for more than a week when reporters refused to disclose their source for a confidential letter reportedly written by a top military official. Journalists who step out of line with the government can face criminal defamation or sedition charges, a search of IPI’s World Press Freedom Review shows.

Ssendi described many of his former journalist colleagues in Uganda as homophobic, but he blamed their editors for stifling coverage of gay rights and for occasional sensationalism in the media.

Asked how he felt about the Red Pepper’s publication on Tuesday of the names of “Uganda’s 200 top homosexuals”, Ssendi said he had not seen the list. The newspaper’s website has worked spottily since the list was published.

“Those who are professional, to the extent of not showing what they think when it comes to reporting, are not able to do their work because their editors tell them what to do and what not to do,” Ssendi said. “No media house is ready to do neutral reporting about gay issues, except very few, and very few people will be reporting. The government has the right to close down your media house at any time, so there is pressure also to those who are not homophobic.”

So far, Ssendi is not seeking political asylum in Europe and he hopes to return to Uganda “if it is safe to do so”.

“People who are gay are people of Uganda and the Constitution mentions that Ugandans are all equal before and under the law, so I am equal – I am one of the Ugandans,” he said. “But when the locals single me out as someone whose rights and freedoms must be denied, then it’s a problem. I do think that if nothing changes, I will have to fear returning home.” 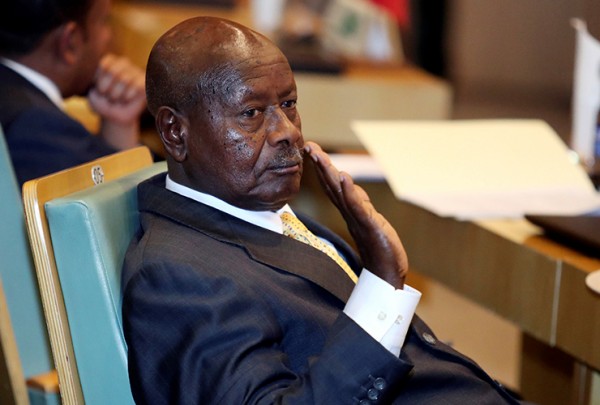