Sunday 18 April 2021 marks two years since Lyra McKee was shot dead while reporting on riots in Derry. Still no one has been convicted of her murder. As we honour Lyra McKee and reiterate our call for justice, the Media Freedom Rapid Response (MFRR) partners also express our grave concern over the recent increase in attacks and threats to journalists and media workers in Northern Ireland.

A talented and courageous investigative journalist, McKee, in her writing on the consequences of the Troubles for a host of domestic and international outlets, tackled issues of equality and inclusion, showing a profound commitment to social change.

On 18 April 2019, McKee had just arrived to report on a riot in the Creggan estate and was standing near a police vehicle with other observers when a gun was fired towards them, hitting her in the head. The New IRA claimed responsibility for the murder, which was investigated by the police as an act of terrorism. On 12 February 2020, 52-year old Paul McIntyre was charged with McKee’s murder.

In June, the murder weapon was recovered and a 28-year old man was charged with possessing a firearm in suspicious circumstances and possessing a firearm with intent to endanger life. Both men deny the charges and are in pre-trial detention. The other perpetrators, including the person who fired the gun, still remain at large two years after the murder.

On 21 February 2021, graffiti was discovered in a street in Derry targeting McKee. In 2020, several sites of “Free Paul McIntyre” graffiti were visible in the Creggan area. And in 2019, pro-IRA graffiti threatening to execute “informers” appeared just metres away from the site of the murder. Leona O’Neill, a Derry Journal reporter who was standing beside McKee when she was shot, was targeted by graffiti labelling her an informant. She also faced threats and harassment from internet trolls.

The anniversary of McKee’s killing takes place amidst growing concerns about the safety of journalists in Northern Ireland. Over the past year, the MFRR has observed an alarming number of severe threats to journalists and media workers who report on organised crime and paramilitary groups and their impact and influence on the community. Reporters for various outlets have received credible death threats and threats to their families at work and at home [1][2][3][4][5] and have seen their names spray-painted on walls alongside gun crosshairs [1][2]. This month, press photographer Kevin Scott was attacked by masked men while covering disorder in Belfast.

This is an enduring legacy as we recall that no one was ever convicted for the assassination of Martin O’Hagan by paramilitaries, on 28 September 2001. Although the Police Chief Inspector told a coroner’s inquest in 2007 that he was confident that eight men arrested and questioned in the weeks after the drive-by shooting were behind the murder, police could not secure a prosecution. Nearly 20 years of justice denied.

The MFRR regrets that the National Action Plan for the Safety of Journalists published by the UK Government in March 2021 “does not…draw out…threats into Northern Ireland-specific action”. While we appreciate the complex nature of the current political situation in Northern Ireland and the requirement for a society-wide solution, this should not prevent meaningful and practical support for journalists and media workers in Northern Ireland. However, defending media freedom requires commitment from all stakeholders and this includes all political parties and the executive in Stormont, as well as the Police Service of Northern Ireland.

We continue to stand in solidarity with Lyra McKee’s family, friends, colleagues and everyone fighting for justice. Her death demonstrated both the fragile foundation of journalists’ work in Northern Ireland and the need for action to ensure that Lyra’s murder is the last.

This statement has been written by the Media Freedom Rapid Response (MFRR), which tracks, monitors and responds to violations of press and media freedom in EU Member States and Candidate Countries. This project provides legal and practical support, public advocacy and information to protect journalists and media workers. 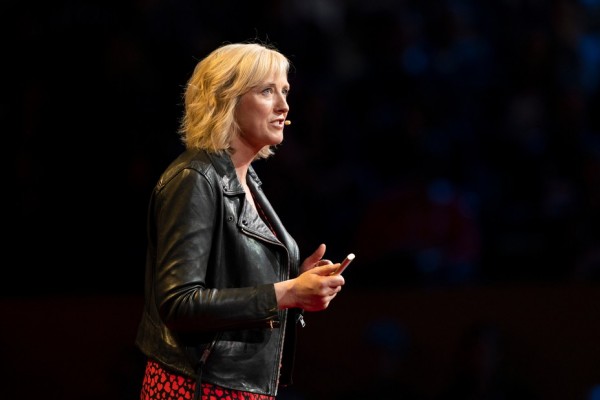