The IPI global network today expressed deep sorrow over the death of two journalists in the suicide bomb attack at Kabul airport on August 26.

According to reports, Alireza Ahmadi, a reporter for the Raha News Agency, and Najma Sadeqi, a presenter at Jahan-e-Sehat TV channel, were killed outside Kabul airport in the attacks carried out by an ISIS suicide bomber that left more than a 100 people dead. The two journalists were amongst thousands of Afghans struggling to get inside the airport hoping to escape the country as the Taliban took over.

“The IPI global network mourns the horrible, tragic deaths of Alireza Ahmadi and Najma Sadeqi, and we extend our condolences to their families and colleagues”, IPI Deputy Director Scott Griffen said. “The security situation for journalists in Afghanistan is worsening by the day, as reporters seek to flee the country under threat from the Taliban. We reiterate our call on the international community to do whatever it can – and as fast as it can – to protect and evacuate Afghan journalists.”

The German broadcaster Deutsche Wellle reported that the Taliban shot dead a relative of one of its journalists while conducting a house-to-house search to find the reporter, who is now based in Germany. 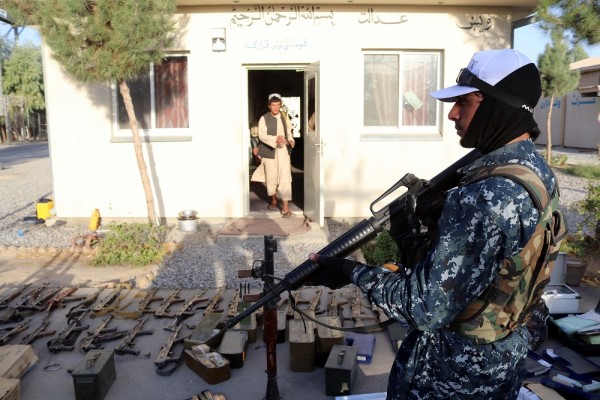 Interview: For journalists in Afghanistan, unpredictability is ‘scariest t...