Three years after her assassination, still no justice for Daphne Caruana Galizia

On 16 October 2017, journalist Daphne Caruana Galizia was assassinated in Malta. Three years later we, the undersigned 19 international free expression, anti-corruption, civic participation, and journalists’ organisations, once again demand an end to impunity for this heinous attack.

As alleged murder mastermind, Yorgen Fenech, is facing criminal proceedings and the three defendants charged with carrying out the contract killing Alfred Degiorgio, George Degiorgio and Vincent Muscat, are awaiting trial, we recall that justice delayed is justice denied.

We call for thorough and effective criminal investigations and prosecutions that ensure the whole truth is uncovered and all those responsible for Daphne Caruana Galizia’s murder are held to account in court.

We welcome the fact that a public inquiry has been established into the broader circumstances of the assassination and whether it could have been prevented,   albeit only following sustained pressure and in the face of ongoing government obstruction.

To date, the public inquiry has uncovered extensive failures of the state and its entities to protect the life of Daphne Caruana Galizia and a pattern of intimidation and harassment of her and her family, as well as other independent journalists, steered from the highest levels of government.

For the public inquiry to be effective, the Board of Inquiry must be allowed to continue to independently fulfil its Terms of Reference. In this regard, we have been gravely concerned by Prime Minister Robert Abela’s attempt to impose a time limit, unduly interfering with the fair and effective fulfilment of the Board of Inquiry’s task.

Daphne Caruana Galizia wrote that people suing her for libel were doing so “as an intimidation strategy as they retreat under siege.”

It is unacceptable that three years after her death, her family must continue to fight these Strategic Lawsuits Against Public Participation (SLAPPs) brought against her by former Prime Minister Joseph Muscat and his wife Michelle, former Minister Konrad Mizzi and his wife Sai Mizzi Liang, the oligarch and governing party donor Silvio Debono and others.

We will continue our campaigning and joint advocacy until there is full justice for Daphne Caruana Galizia.

We hope that this year will be the last time that, in commemorating her, we must call for an end to impunity and the continued harassment of her family, so that we can fully focus on honouring her legacy as a fearless investigative reporter. 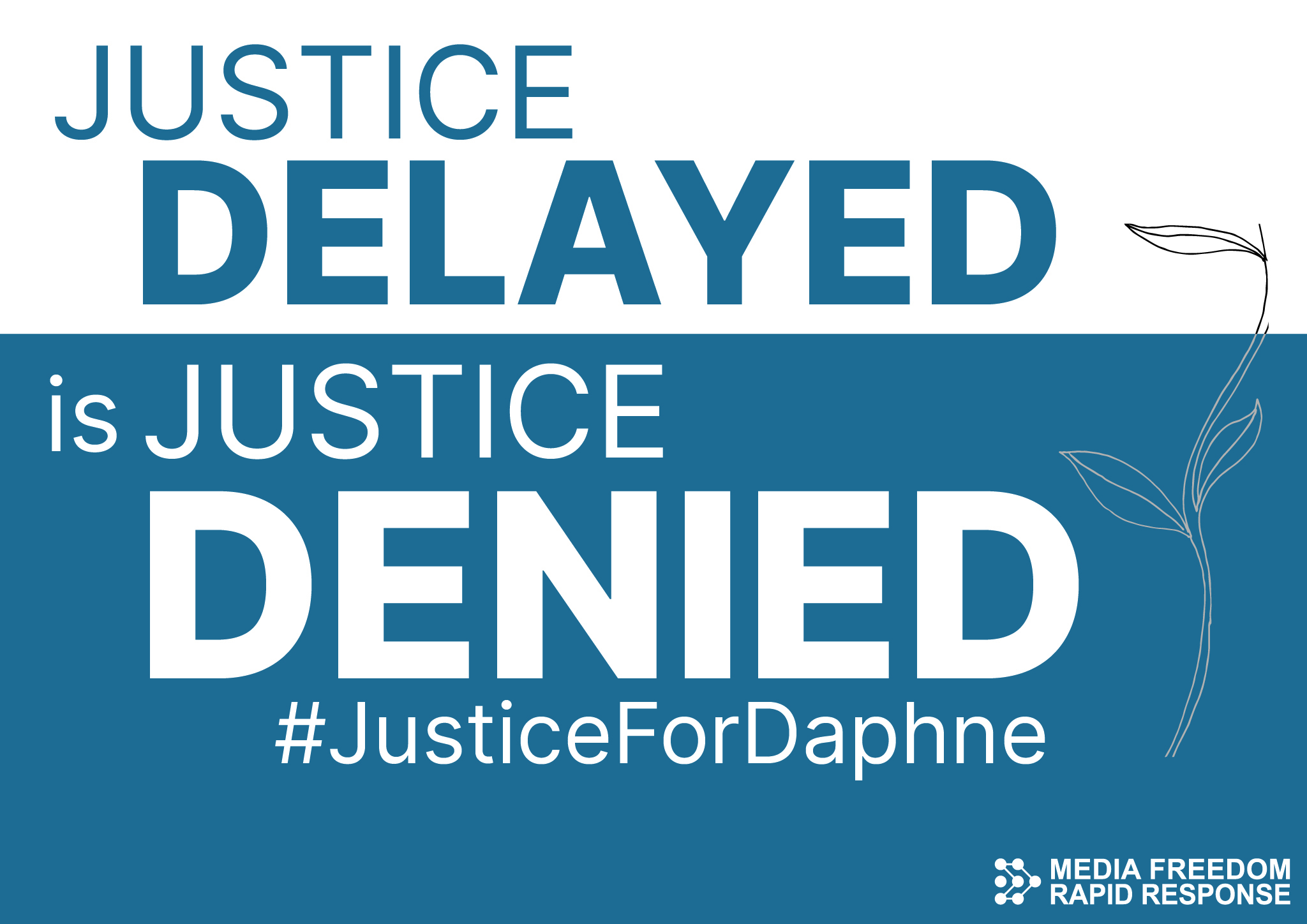