The International Press Institute (IPI), a global network of editors, media executives and leading journalists for press freedom, expressed dismay over the plea bargain that Tanzania journalist Erick Kabendera was forced to sign this week to secure his release after seven months in prison.

Kabendera, an award-winning journalist, walked out of the prison on February 24 after entering into a plea bargain agreement with the prosecution. Under the agreement, Kabendera, who was charged with money laundering, tax evasion and organized crime, paid a fine of around 40,000 euros for his release and has agreed to pay another 70,000 euros within a period of six months.

“The government of Tanzania President John Magufuli has used Erick Kabendera’s case to send a chilling message to the independent media in the country that criticism of the president will not be tolerated”, IPI Advocacy Director Ravi R. Prasad said. “While we are relieved that Kabendera is out of prison, we are extremely concerned that the Tanzanian authorities created circumstances that compelled him to sign the plea bargain agreement or remain indefinitely in prison.”

“Besides his failing health and lack of medical attention in the prison, he faced the possibility of more charges being added to his indictment and the possible arrest of his family members. The prosecution got the hearing in the case adjourned over a dozen times to keep Kabendera in prison”, Prasad said.

Police arrested Kabenedra on July 29 last year at his home on the pretext of questioning him about his citizenship, a matter that had been resolved in 2013.  A few days later the prosecution charged him with money laundering, a non-bailable offence in the country. The case was repeatedly adjourned as the prosecution claimed it needed time to complete the investigation. Kabendera’s health greatly worsened during his time in prison.

The government ignored a Letter of Urgent Appeal sent by the African Commission on Human and People’s Rights following an IPI alert. The letter was signed by the Special Rapporteur on Freedom of Expression and Access to Information and the Commissioner Rapporteur on the Human Rights situation in the United Republic of Tanzania.

Press freedom in Tanzania under the Magufuli government has suffered a huge backslide. Several newspapers, radio and television stations, and news websites have faced bans ranging from a few weeks to several years under disproportionate laws. Last year, the East African Court of Justice ruled that some of the provisions of the Media Services Act, the primary regulation used to suspend media organizations, violated fundamental rights.

During an IPI mission to Tanzania in April 2019, the government committed to working with the journalist community to revise the Act. However, retaliatory measures like the arrest of Kabendera cast doubt on the government’s sincerity to amend relevant legislation and uphold press freedom. 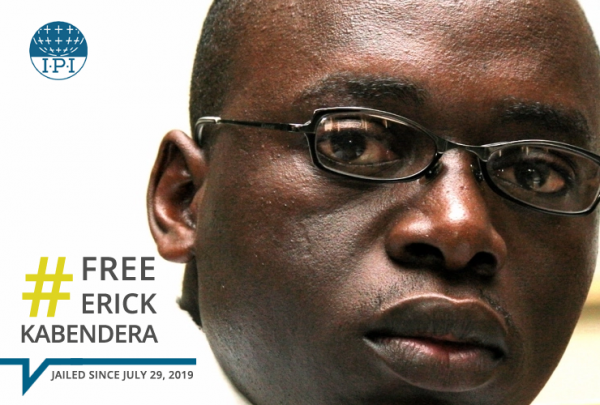