epa09626921 Yonhap News Agency CEO Seong Ghi-hong delivers a congratulatory speech during the 20th Overseas Korean Journalists Convention in Seoul, 07 December 2021. More than 100 journalists from 20 countries attended the conference either in person or via video links. EPA-EFE/YONHAP SOUTH KOREA OUT

In recent weeks, growing numbers of journalists in South Korea have learned that authorities have accessed their phone records. At least 120 journalists from 22 different media organizations, including several foreign media outlets, have had their phone data accessed by the Corruption Investigation Office for High-Ranking Officials (CIO). Such mass data collection – for which the CIO has offered no explanation – compromises press freedom and risks the anonymity of journalists’ sources. Journalists must maintain the right to protect their sources and work without government surveillance.

The CIO was founded in South Korea in 2021 to investigate instances of corruption involving high-ranking officials. Current South Korean law allows the CIO to access phone records without notifying the person in question. The number of journalists targeted is therefore most likely higher than is officially known. The CIO has not given any explanation as to why it has accessed the journalists’ phone records.

Moreover, the CIO and other law enforcement bodies can request phone records from telecommunications companies without a warrant. However, a warrant from a court is needed if the CIO wants to investigate the details of phone records such as the length and location of calls.

TV Chosun is one of the media outlets whose staff had their phone records accessed. According to the outlet, the CIO looked up phone records of more than 70 TV Chosun staff members, including 34 news reporters. In two cases involving journalists, the CIO was granted a warrant to access more detailed records.

“I am frustrated to find out that the CIO, or other investigative organization, could find out who an anonymous informant or whistleblower is whenever they want to”, Chae Hyun Lee, an investigative reporter at TV Chosun, told IPI. “I covered stories in a proper way. How can the court issue a warrant for my phone records? I am not a criminal.”

“I hope the CIO can give a reasonable explanation as to why my personal information was looked up by CIO investigators”, she said.

Some journalists learned that phone records belonging to their family members had also been accessed.

“The CIO’s accessing of phone records for more than 120 journalists in South Korea is extremely alarming”, IPI Deputy Director Scott Griffen said. “Such actions clearly undermine the right of journalists to protect the identities of their sources, including whistleblowers, and to operate free from state surveillance. This is particularly harmful to investigative journalism. Indeed, it is ironic that the CIO’s mandate is to combat high-level corruption when its mass collection of journalists’ data will make it less likely that sources with information about corruption or other wrongdoing will come forward or feel comfortable speaking to the press.”

“IPI calls on the CIO to cease its apparently indiscriminate collection of journalists’ phone records, which is a violation of democratic norms. The CIO must offer a public explanation for its targeting of journalists and their family members, and a full investigation must be carried out into how and why this data collection was approved and carried out. We also urge for reforms to be implemented as swiftly as possible to build much-needed safeguards into the procedures of the CIO and similar bodies. In particular, investigators should be required to obtain a warrant before accessing any type of telecommunications records belonging to journalists, and the targets of such data collection must be immediately informed in all cases.”

Journalists must have the right to protect their sources

While the CIO is supposed to be investigating high-level corruption, some journalists suspect their phone records were accessed in an attempt to discover their sources.

“It is simply an abuse of power for a state investigative agency to identify the source of a scoop article. The CIO tried to find out who was behind it”, Dongkwon Chung, a TV Chosun investigative reporter, told IPI.

He hopes the law will be changed to require an automatic notification to the person whose phone records have been accessed.

Another journalist who had her phone records accessed was Ji ah Kim, a TV Chosun economy and business news reporter. She is calling for changes to the law. “The CIO and other investigative organizations need to stop indiscriminately looking over peoples’ private information. This is against freedom of speech”, Ji Ah Kim said.

Ji Ah Kim and Chae Hyun Lee expressed concern for the future of independent journalism in South Korea if sources aren’t able to rely on anonymity.

“I am worried about how many times and for how long government officials or investigators have looked up my phone log without giving any notice to me. I am also worried about whistleblowers or anonymous informants I have contacted long time ago. Can any informants approach me and truly tell their information or opinions after this incident?”, Chae Huyn Lee asked.

In addition to South Korean media, the CIO also accessed the phone records of journalists from at least four foreign media outlets, all Japanese: Asahi Shimbun, Mainichi Shimbun, Tokyo Shimbun, and the Nikkei. 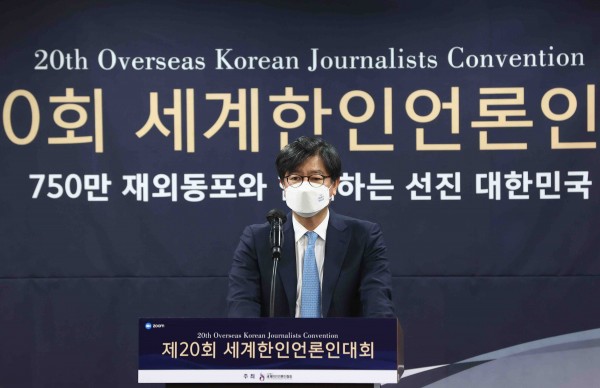 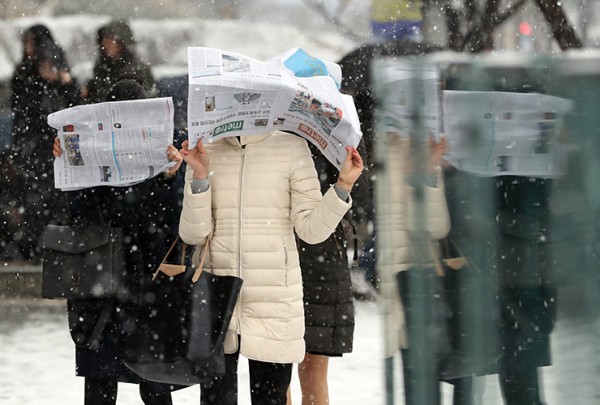