Demonstrators protest against the decision by public broadcaster the South African Broadcasting Corporation (SABC) that it would not broadcast scenes of violent protest, in Cape Town, South Africa, on July 1, 2016. REUTERS/Mike Hutchings

The International Press Institute (IPI) today expressed concern over developments at the South African Broadcasting Corporation (SABC), which this week fired eight journalists who had voiced disagreement with its ban on covering violent protests, a stance the broadcaster has now reversed.

After vowing a challenge, the public broadcaster said yesterday that it would obey the Independent Communications Authority of South Africa (Icasa)’s July 11 order to drop the policy in which the SABC declined to air images of violence or destruction of property amid during protests.

Chief Operating Officer COO Hlaudi Motsoeneng has repeatedly defended the policy, which was adopted in May, claiming it was needed to deter further violence and to show that violent protest was unnecessary. Critics, however, countered that it effectively amounted to censorship.

The SABC had denied that it would altogether cease covering protests, insisting that it would only abstain from showing footage of property being burned or dismantled in protest, especially at public institutions. Motsoeneng had argued that the arrival of cameras at protests gave protestors incentive to act out and that featuring violent protests was tantamount to promoting them. He said the broadcaster would no longer air images of “destructive and regressive” protests and pushed demonstrators’ media agenda.

The corporation is South Africa’s major broadcast media provider, with 19 radio stations and four television channels. Established in 1936, it has a history of accusations of self-censorship and lack of objectivity. In recent years, it has been criticised as a promotional stage for the ruling African National Congress (ANC) party.

Ferial Haffajee, former editor-in-chief of City Press in South Africa and a member of IPI’s Executive Board, said that she had noted a recent deterioration in the quality of the SABC’s reporting.

“The past three months, you’ve really seen quite a rapid decline in [SABC journalists] own morale and the sense of self and a sense of how well they can do their work,” she told IPI.

Haffajee said that South Africans living in urban areas have easier access to a variety of media, so the restriction on content presented by the SABC did not necessarily affect them as much as it affected residents of rural areas, who have far less access to diverse media or smartphones.

“It’s a very important issue for the wider dissemination of information,” she commented. “While South Africa has gotten more sophisticated to use social media, use cable TV, and other sources of news – for the masses of South Africa, SABC is the primary source of news and information.”

This week’s firings of journalists who had disagreed with the coverage ban followed the resignation last month of SABC Chief Executive Officer Jimi Matthews. In a June 27 letter, which he posted on Twitter, Matthews made clear that he was leaving because of the recent policy changes.

“What is happening at the SABC is wrong and I can no longer be a part of it,” he wrote.

Many critics of the SABC have expressed alarm at what they say is a resemblance between recent efforts to control content and the suppression of news during the apartheid era. Haffajee said the comparison could easily be drawn, but that the use of social media and smartphones made it impossible to control information now to the degree it was controlled under apartheid.

Confronted by allegations of censorship, Motsoeneng has argued that most news outlets have a bias toward negative news and that his moves were an attempt to balance positive and negative news. At an SABC event in June, he commented: “I can say that because you are censoring what is good; you don’t show what is good, but you just show this bad element.”

The SABC had until yesterday refused to comply with a July 11 ruling by Icasa determining that the broadcaster, in implementing the ban, was violating its duties as a public broadcaster. Icasa also concluded that the SABC was breaching the terms of the Broadcasting Act of 1999, South Africa’s Constitution and the terms of its licences.

Motsoeneng initially promised that the SABC would challenge the decision, but agreed to honour it following prodding by the ANC.

The violent protest coverage ban was not the first restriction or instruction instituted under Motsoeneng to draw controversy. Since May 12, all SABC radio stations have been required to play at least 90 percent local music. Motsoeneng has also prohibited the reading of newspaper headlines during broadcasts.

IPI today welcomed news that the ban would be dropped, but noted that court challenges by the eight fired journalists against their dismissals, and against disciplinary proceedings that preceded the dismissals, remain pending.

“As a public broadcaster serving the people of South Africa, and the primary source of news and information for many of the country’s citizens, the SABC needs to ensure that its journalists are allowed to perform their duties in a free and professional manner, without the fear of censorship or retribution,” IPI Director of Advocacy and Communications Steven M. Ellis said. “We hope that dropping the ban on violent protest coverage is the first step toward ensuring that can happen.”

A court was set to hear the case of four of those journalists – Foeta Krige, Suna Venter, Krivani Pillay and Jacques Steenkamp – today, but the matter was adjourned to tomorrow to give the SABC time to make further filings. The four were sacked on Monday, while four other colleagues – Vuyo Mvoko, Thandeka Gqubule, Busisiwe Ntuli and Lukhanyo Calata – were fired on Tuesday.

The eight journalists have also sought to bring their cases before South Africa’s Constitutional Court. 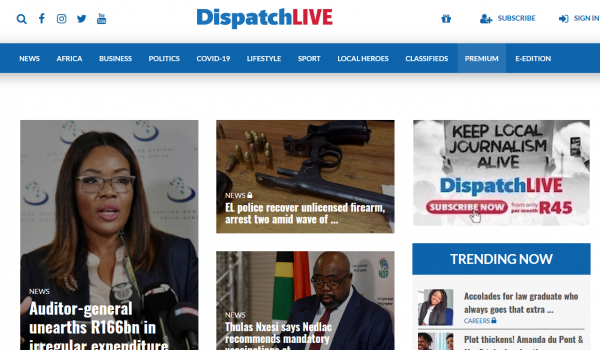