Social media is ‘dangerous’ to women journalists in Nepal

Earlier it was verbal abuse. Only the people around – relatives, neighbors or acquaintances – would manage to give women ‘cold vibes mixed with warning ‘ for ‘crossing limits’ or standing for change, equality or inclusion at ‘the cost of social fabric’. Now it’s easy for abusers, thanks to digital empowerment. And because it’s digital, where the two parties need not come face-to-face, the abusers are even vulgar and ruthless. Digital violence against women is on the rise; and according to female journalists, they are not spared either. For covering stories against patriarchy, religious dogmas and inequality, dozens of women journalists across Nepal have received threats from people.

“During interactions, young women journalists emphasize on digital safety. There have been a few serious cases while other cases are of milder abuses. We don’t have accurate data on the scale of digital violence on women journalists. However, on the basis of the stories shared by women we can say that the situation is worrisome,” notes Neetu Pandit, president of Sancharika Samuha, an umbrella organization of around 12,000 women journalists across Nepal.

According to the Federation of Nepalis Journalists, 16% of (1,613 women out of 10,095 journalists) are women. Of those, 48% work in radio and FM stations, 41% in print media, 10% in television and 2% in online platforms. Almost 47% of female journalists say they report on ‘soft social issues’.

According to Pandit, character assassination, which is generally used against women to silence them, applies true for journalists as well. Members of Sancharika Samuha have stated that their Facebook and Twitter inboxes are filled with ugly messages soon after they put forth ‘different views’ or voice for change.

“I was forced to open a fake ID on social media simply because of abuses. Handling such abuses become challenging when the platform is visible to your close ones–parents or other family members. The abuses then affect not just you,” said Shilpa Karna, a journalist associated with a Nepali Daily Newspaper. “Because I am from Madhesh, the causes and the nature of attack also happen to be a little different. For instance, if I take the side of ‘Pahade‘ in some genuine issue that appeals to me, I am much more targeted,” she added.

Handling two IDs on Facebook and Twitter is like living two separate lives for Karna. While she appears quiet and meek in one, it is just the opposite in another platform. Had she been a male journalist, the same uproar expressed on social media would be less troublesome, she says.

“As a journalist, I have to appear fair and decent to some degree, which applies to both the genders. But simply because I am a female, breaching that image turns out to be costlier; people jump to naming and shaming when I disagree with their views. So fake ID is a safe haven,” she elaborates.

As per Sancharika Samuha, the women journalists are easily body shamed. Some journalists have reported that their names are linked with influential persons alleging them to have taken special favors. More than their professional strength or weakness, people talk about their family, husband or character.

“I have experienced this. Our hard work, passion, capacity is undermined. If we succeed at something the credit is given to our outer beauty, our links and not to our talent or essence. It’s very funny, but it’s true,” said Reeta Pariyar, a media person and activist. “I don’t know when people will begin to treat a female as an individual who can handle life independently. Be it journalists or other professionals, society expects them to behave in a certain way, the liberty given to them is narrower,” she adds.

Pariyar has been abused several times digitally when she raised voice for justice for the Dalits, women, differently-abled and other marginalized communities. People warn that she should keep ‘social harmony’ in her mind before posting ‘provocative messages’.

“I don’t reply to mild concerns. But when it’s ugly, I block such users. If there is a need, women should not hesitate to file a complaint at cyber cell in the police,” she stated.

Women journalists have sought help from the federation of women journalists regarding the cases of digital violence. Pandit was involved in dealing with two such cases two years ago. But she believes that such attacks are too rampant to be handled just by the federation or any such organization. It is the high time digital discipline is inculcated among people through some policy, she asserts.

“Or else, much damage could be done to journalists and others alike. And because people are more prone to attack women, fewer women want to use social sites, claiming little digital space for themselves.”

This story was originally published on MyRepublica (ENG).

READ THIS STORY ON MYREPUBLICA 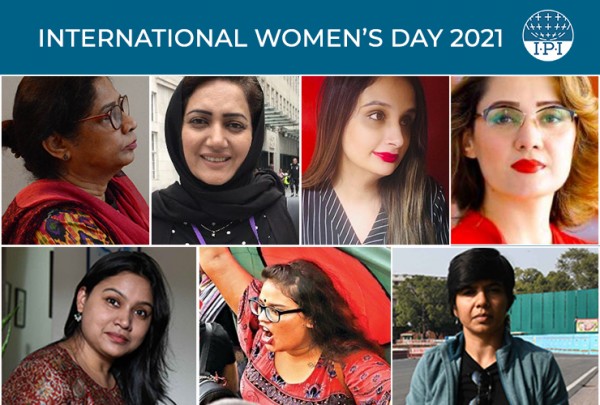 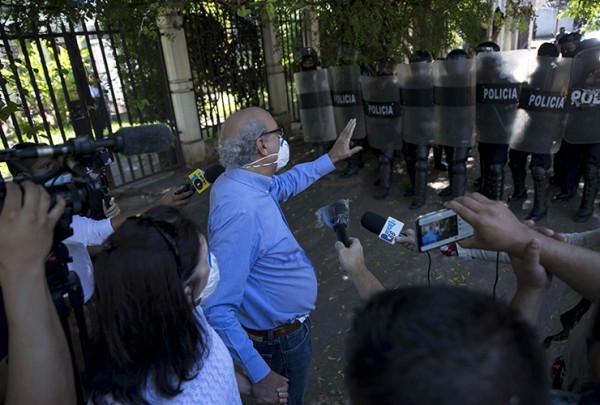 On March 1, the Day of the Journalist in Nicaragua, 470 journalists from around the world …
Read More