Slovak journalist sentenced to three years in prison for defamation

Pavol Paska of Slovakia attends a meeting of the Speakers of Parliaments of the Visegrad Group in the Polish Parliament building in Warsaw, Poland, on April 13, 2013. EPA/Leszek Szymanski POLAND OUT

The verdict comes amidst a national political crisis in Slovakia following the murder of investigative journalist Ján Kuciak in February. Like Kuciak, Milan was investigating alleged corruption linked to politicians with Slovakia’s ruling Smer party.

“Numerous international human rights bodies, including the U.N. Human Rights Committee and the European Court of Human Rights, have established that imprisonment – even in the form of a suspended sentence – is not a proportionate penalty for defamation”, Griffen said. “Disproportionate rulings such as the one in Mr. Milan’s case have the potential to chill investigative journalism in Slovakia, even more so in the wake of Ján Kuciak’s murder.”

“This ruling should be overturned on appeal, and Slovakia should urgently bring its defamation laws in line with international standards, in particular by repealing all forms of criminal defamation.”

The charges were based on a 2015 article Milan wrote on the Slovak health care system for Plus 7 Dní weekly. In an interview with IPI, Milan said that as part of the story he was looking into various contracts in the local health care system made by Pavol Paška, a former speaker of the Slovak parliament and a prominent figure in the Smer party.

The entrepreneur alleged that in an ensuring meeting, Paška asked the entrepreneur to pay 5,000 euros per month to his company in exchange for a contract with the hospital.

“The entrepreneur didn’t take the deal because it was not profitable”, Milan told IPI.

The source’s claims are behind Paška’s libel case against Milan. The young entrepreneur has requested to remain anonymous in order to protect his business. He has not come forward to the authorities and Milan has refused to reveal his identity.

Paška has denied the bribery allegations and claimed that Milan’s story harmed his family relationships and damaged his business. However, according to Milan, records show that business at Paška’s company has actually improved after the article.

Additionally, police have not investigated the allegations contained in the article, a fact Milan described as “normal” in Slovakia due to a close connection between politicians and the justice system. Police initially dropped the libel investigation before taking it up again following a prosecutor’s order.

“Paška is a very influential man in Košice, and there is a connection with Paška and the Košice court”, Milan alleged. “The system in Slovakia is like that: Politicians use police and prosecution against their enemies.”

Anger at a perceived “corrupt system” in Slovakia has grown in the weeks following the murder of Milan’s former colleague Kuciak.

“Police shut their eyes when they are told to do so”, Milan said. “Until Kuciak’s case, the system was hidden. Now it is revealed.”

Milan’s sentence includes a seemingly absurdist three-year ban on practicing journalism. Slovak law does not define “journalism” and Milan has not received any further details on what the ban actually entails. Since January, Milan has worked as a spokesperson for the city of Žilina.

“Should I be quiet, am I not allowed to ask any questions, can I upload pictures on social media?” Milan asked. “These are all things that a journalist does. Am I now not allowed to do them? Nobody can define journalism.”

In addition, Milan was sentenced to either 18 months of prison or 36 months in probation. The sentences are longer than one would get for a hit-and-run case, he said.

Milan has filed an appeal to the ruling. The next court session is due in May.

“I will go through all the possible measures to prove that I am right”, Milan said.

In the meantime, he is focusing on his new job and his newborn child.

“I’d rather spend time with my baby than think about going to jail.” 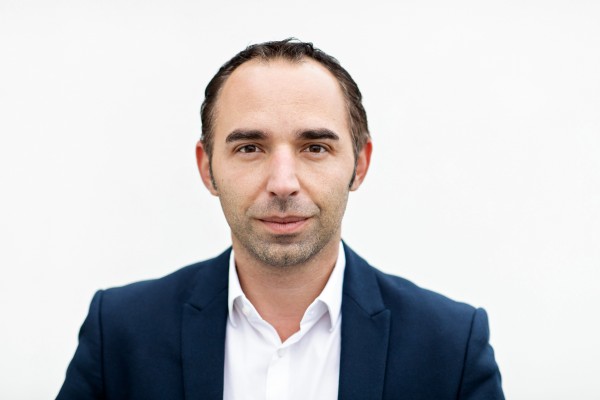 The news came through in the morning of February 25, 2018. A young Slovak investigative jo…
Read More