On March 12 and 13, five journalist and media associations announced they were leaving the Serbian government’s new Working Group for Security and Protection of Journalists, which was founded in December 2020 with the backing of Prime Minister Ana Brnabić.

The campaign against KRIK was led by pro-government tabloids and propagated the baseless and dangerous claim that the media outlet had a “secret deal” with an organized crime group to monitor or threaten the Serbian President Aleksandar Vučić.

Despite the seriousness of the issue, neither the government nor any other public institution in the Working Group demonstrated a willingness to robustly condemn the smears or intervene to rubbish the claims, leading to shock and frustration amongst the journalists’ groups.

“If anyone was supposed to make a public statement condemning the campaign, it was this group, but nothing happened”, Ivana Stevanović told IPI on behalf of the Slavko Ćuruvija Foundation, which participated the group as the representative of the AOM.

Stevanović said the smears were one of the most serious threats against journalists in Serbia in decades. As soon as the front pages emerged, the SCF had together with other associations sent several emails to the Working Group and requested a discussion about the case and a public statement.

“A statement would have been the least thing to do, but no one answered our emails for days”, she said, “Not even with a single word or letter. It was terrifying and shocking: a complete wall of silence.” She accuses the government of embracing the tabloid narrative and said members of the Serbian Progressive Party (SNS) continued to spread the false claims after they had been refuted.

Before the associations’ decision to leave was announced, Veran Matić, chairman of the Commission for Investigating Killings of Journalists and a member of the new Working Group, also attempted to reach the government representatives in the group to urge them to issue a public reaction.

Instead, silence ensued until the Information and Culture Ministry released a statement in which it asked the associations simply to consider their decision. No comment was made about the smear campaign itself, which was conducted by outlets generally supportive of the ruling SNS. By the time Vučić finally called for an end to attacks on the investigative outlet, much of the damage was already done.

When the Serbian Ombudsman Zoran Pašalić explained the silence during an interview, he said he hadn’t reacted because a statement wouldn’t have contributed to reducing the number of attacks on journalists. “This does not achieve anything because it will happen again that the attack on someone’s security is repeated, our goal is to stop the attacks with records”, he said.

On March 24, IPI and nine other media freedom groups joined in writing to Serbian president and the prime minister to express concern over lack of a resolute response from the working group over the smear campaign. 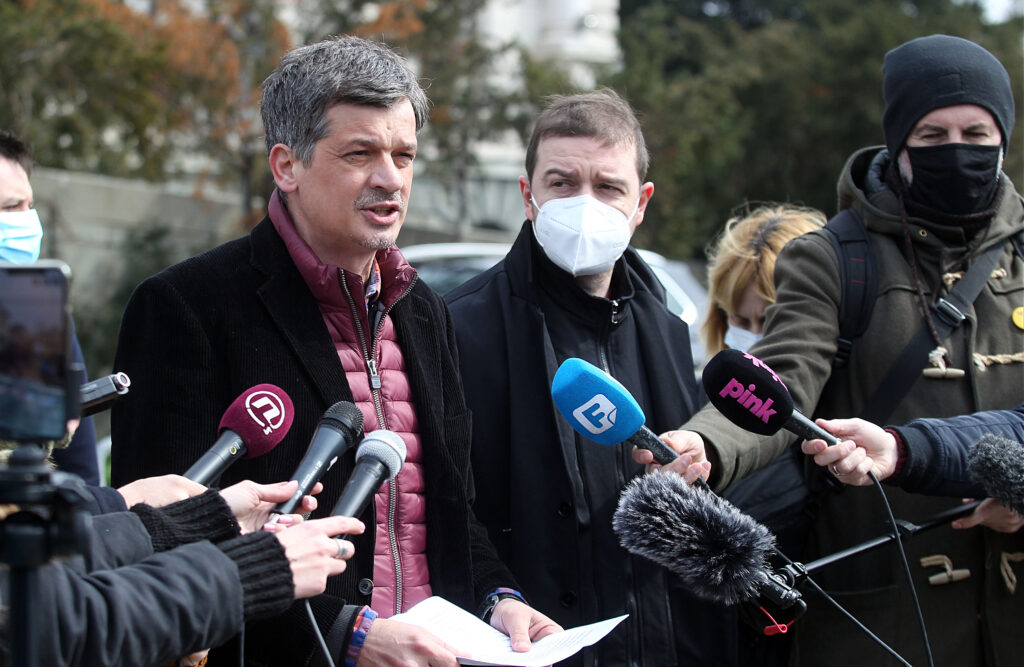 The departure of the five of the nine non-state members marks a major setback for the new working group, which was established only a few months ago with the aim of bringing together different stakeholders to respond more effectively and efficiently to attacks on journalists.

The body is led by the Ministry of Culture and Information and brings together 20 members of the government, the country’s Ombudsman, Public Prosecutor’s Office and several media associations. It will now have to operate without the backing and input of the five media groups, though the Journalists’ Association of Serbia (UNS) remains a member.

Their departure poses major questions for how the working group will operate and what credibility it will wield as it works to try and improve the climate for the safety of journalists in Serbia.

This task is of the utmost importance in Serbia, which according to the Council of Europe’s Platform for the Safety of Journalists has experienced among the highest number of cases of physical violence in Europe in recent years.

In the first few months of 2021 alone, NUNS documented 21 different attacks against journalists. Death threats are common and online harassment of journalists has become increasingly normalized, with journalists investigating or reporting on crime and corruption facing particular dangers.

Yet in Serbia, such crimes against media have historically gone unpunished. On average only one in 10 criminal complaints about threats or attacks against journalists ever result in a court verdict, according to a recent report published by SCF and Centre for Judicial Research.

These figures underline a concern that international press freedom groups have been expressing for years: that the lack of accountability for attacks on journalists in Serbia is contributing to a culture of impunity in the country and hampering progress on press freedom and EU accession.

During a recent press freedom mission to Serbia in January 2021 by the Media Freedom Rapid Response (MFRR), officials described the need for better investigations and accountability in terms of journalist’s safety and pointed to the new working group as a sign that authorities were taking the matter seriously.

From the very beginning, however, the new working group suffered from a chronic shortage of trust. Independent media and journalist associations have long denounced the divisive rhetoric and verbal attacks by politicians in the ruling SNS and their allies. Numerous media associations and other stakeholders were therefore sceptical about the government’s intentions and commitment to the group.

For some, the silence over the smear campaign against KRIK was a stark illustration of the lack of political will to condemn all smears and attacks on journalists regardless of political affiliations. “We tried to take part in the group and give it a chance even though I personally didn’t feel very good sitting in the same table with the government knowing that they had said terrible things about my colleagues”, Stevanovic told IPI.

In a significant step forward for impunity, on February 23 a court in Belgrade sentenced Dragoljub Simonović, a former mayor and a member of the ruling SNS, to more than four years in prison for ordering an arson attack on the home of investigative journalist Milan Jovanović in December 2018.

Nonetheless, Tamara Filipovic, secretary general of NUNS, has also said that her association decided to withdraw from the working group because they had not observed any palpable progress related to the safety of journalists. 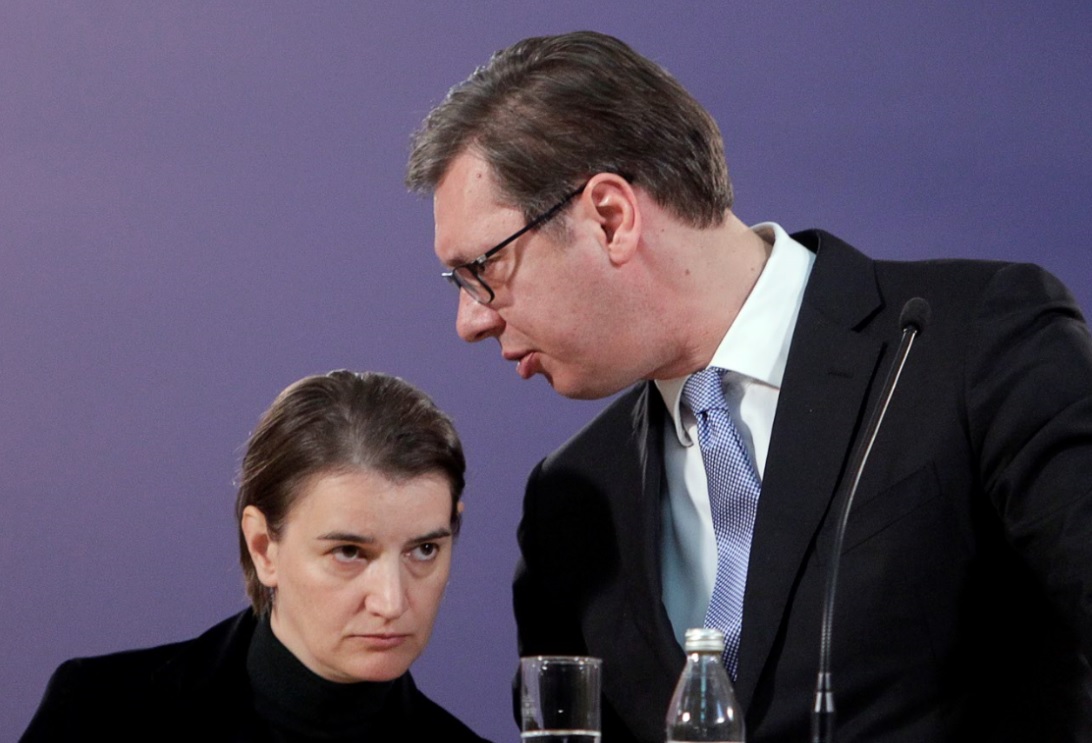 Stevanovic told IPI that neither the SCF nor any other associations plans to return to the group unless major changes are made. “There needed to be serious changes in the behaviour of the group members to make the stakeholders consider a return”, she said. For her and others, no real progress will be possible until there is a serious adjustment in the government’s attitude towards independent and critical media.

Matić believes that while there are possibilities for the working group to function, it will not come without fundamental changes. “I expect a certain kind of reset of the work of the working group”, he said. “We must find the best model of inclusive and transparent functioning that would not give rise to such tensions and what is currently happening.

“It is now, I hope, clear to everyone that an effective mechanism must be found that will urgently and adequately respond to all cases of threats, attacks, persecution, hate speech and so on in order to act preventively, or in order for the competent institutions to react urgently and resolve cases more successfully.”