A Russian policeman officer stands to opposite crowd. Credit: Shutterstock

The International Press Institute (IPI), a global network of editors, media executives and leading journalists for press freedom, today called on Russian authorities in the eastern city of Khabarovsk to thoroughly investigate the kidnapping of journalist and blogger Sergey Plotnikov and immediately provide protection to ensure his safety.

At around 8pm on October 15, Plotnikov, who works for the RusNews YouTube channel, was abducted outside his house by a group of seven masked men who handcuffed him and drove to a forest outside the city, according to the journalist, who spoke to IPI.

In the forest, the unidentified men beat him at least 20 times, repeatedly threatened to kill him and fired live rounds of ammunition at his feet as they interrogated him about ongoing anti-government protests, Plotnikov told IPI.

After hours of questioning, Plotnikov was given back his possessions and phone and abandoned him near a cemetery in the outskirts of Khabarovsk at around 1 am. He was then able to call his family and colleagues for help. He suffered several bruises and cuts to his head and body.

On October 16, police were notified about the kidnapping and a criminal complaint was lodged to the Investigative Committee in Khabarovsk, which later confirmed it had opened an investigation. Days later Plotnikov received anonymous messages, seen by IPI, from someone claiming to be one of his kidnappers and that threatened further violence.

“The kidnapping and horrific attack on Sergey Plotnikov is another stark reminder of the enormous risks that journalists and bloggers reporting on anti-government protests face in Russia”, IPI Deputy Director Scott Griffen said. “Authorities in Khabarovsk must conduct a thorough and transparent investigation to establish who these men were and, crucially, on whose orders they were acting.”

He added: “It is also essential that Plotnikov receive immediate police protection to ensure the safety of both him and his family. That requests have already been denied is unacceptable. What happened to Sergey will send a chill down the spines of other journalists in the country daring to cover issues that challenge the authorities, many of whom already face severe pressure and judicial harassment.”

In the weeks and months before the kidnapping, Plotnikov, who blogs under the name SergeyNews, had been covering long running anti-government protests in Khabarovsk, a city close to Russia’s border with China.

The protests were sparked by the arrest of a popular governor who had won election in 2018 by defeating the candidate from President Vladimir Putin’s United Russia party. After first being sanctioned by authorities, the peaceful demonstrations – the largest in Russia’s Far East in years, on some days reportedly attracting up to 50,000 people – have recently been met with a crackdown by security forces.

During the beating, Plotnikov told IPI the men had demanded that he give information about the Khabarovsk protest organisers and future planned events. He said the men knew he was a journalist and that he had been covering the demonstrations.

The journalist added that he had directly requested police protection for him and his family but that it had so far been refused. “All journalists need to be protected,” he said. “I want the perpetrators to be punished.”

According to the Trade Union of Journalists (JMWU) in Russia, other journalists had faced pressure over their reporting on the mass protests in Khabarovsk, which have continued on weekends for more than three months.

“We demand that law enforcement agencies stop putting pressure on journalists and bloggers covering the protests in Khabarovsk Krai,” it said in a recent statement.

Andrei Jvirblis, a Moscow-based journalist and member of the Union told IPI that while such kidnappings of journalists were common in regions such as Chechnya, cases in far eastern Russia were rare.

RusNews, for which Plotnikov works, was set up in May 2020 and has been closely covering the protests in Khabarovsk and uploading daily videos. 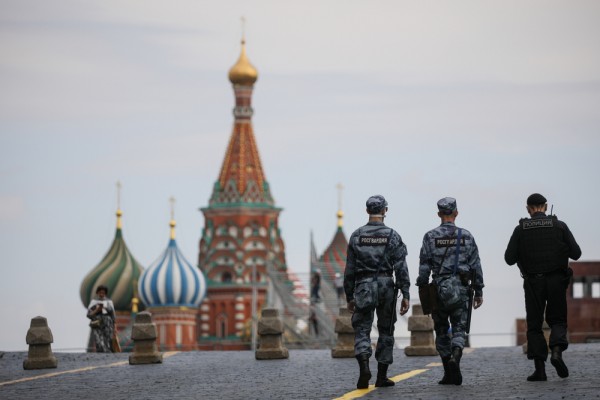 Russia journalist dies from self-immolation one day after police raid