Remembering Anna Politkovskaya: ‘She became a role model for many young Russian journalists’

15 years later, it remains unknown who was ultimately behind the journalist’s assassination in 2006

It has been 15 years since prominent Russian journalist and human rights activist Anna Politkovskaya was brutally murdered after receiving several threats. Her death shocked the nation and made headlines all over the world. Until this day it is unclear who ordered the assassination. On October 7, 2006, Politkovskaya was carrying groceries to her central Moscow home when she was shot four times at close range. She was found dead in the apartment building’s elevator.

In all, six men have been convicted in the case and the last trial took place in 2014. However, Politkovskaya’s assassination is widely believed to have been a contract killing, with the identity of those who ordered it still unknown. Since then, there has not been any further advancement in the case, even though Novaya Gazeta, the newspaper where Politkovskaya worked, and Politkovskaya’s relatives, among others, have been calling for investigations to continue into who masterminded the murder and hired the killers.

Much of the investigations in the case led to Chechnya. Rustam Makhmudov, the gunman, was sentenced to life in prison and his brothers Dzhabrail and Ibragim were sent to a penal colony for 14 and 12 years, respectively. Former policeman Sergei Hajikurbanov was given 20 years in jail. Chechen criminal and businessman Lom-Ali Gaytukayev was given a life sentence for his role in organizing the murder. Another former policeman, Dmitry Pavlyuchenkov, was sentenced to 11 years in prison for tailing Politkovskaya and providing the murder weapon to the killer.

Politkovskaya was a fierce critic of Vladimir Putin and her reporting exposed high-level corruption in Russia. She was a renowned war reporter of Russia’s second war in Chechnya and travelled there often, writing award-winning reports for Novaya Gazeta on human rights violations, murders, torture and kidnappings that took place on both sides of the conflict.

Politkovskaya also raised accusations against Ramzan Kadyrov, who later became the head of the Chechen Republic and has led the state in an autocratic and oppressive manner in cooperation with the Kremlin since 2007. At the time of her death, she was finishing a story on the investigation of torture in Chechnya.

Politkovskaya was captured by Russian military forces while on assignment in southern Chechnya in 2001. She was  subject to a mock execution before being released. The brave journalist led face-to-face negotiations with terrorists during the Nord-Ost theatre siege in 2002, which ended up with a raid in which nearly 200 civilian hostages were killed. In 2004 Politkovskaya was on her way to assist in the Beslan School Number One hostage crisis when she was poisoned during her flight.

“We will know the truth sooner or later. We shouldn’t stop looking for the truth of what happened”, Nadezhda Azhgikhina, director of PEN Moscow, said in an interview with IPI. “It is a shame there haven’t been any more convictions in 15 years. Anna’s story is a story of courage. She focused on civilians and ordinary soldiers in her reporting and opened a humane viewpoint into the Chechnya conflict. She made Russian journalists visible and known, and there were lots of projects to end impunity after her death. She was a role model for many young journalists. Those people who think they won and made journalists go silent and invisible made a big mistake, because after Anna’s death many journalists appeared despite struggles and continue to do their best to serve the truth and audiences.”

IPI has repeatedly called for a thorough investigation into Politkovskaya’s murder to identify and persecute all perpetrators involved in the crime, especially those who masterminded it. We renew that call today.

IPI named Politkovskaya as one of its World Press Freedom Heroes a few months after her death.

Johann Fritz, IPI’s director at the time, said: “Politkovskaya’s nomination as our 51st World Press Freedom Hero is a tribute to her bravery, but also an acknowledgement of the struggles of the many courageous journalists working in Russia. Her murder is a shock and a loss. IPI believes that she made a significant contribution to journalism and to the cause of human rights. We pay respect to her courage and her exceptional determination and call on the Russian authorities to ensure that there is a thorough investigation into her murder.”

IPI additionally calls for an end to impunity for all crimes against journalists in Russia. According to IPI’s Death Watch, 33 journalists have lost their lives due to their profession in Russia since Anna Politkovskaya’s murder in 2006. 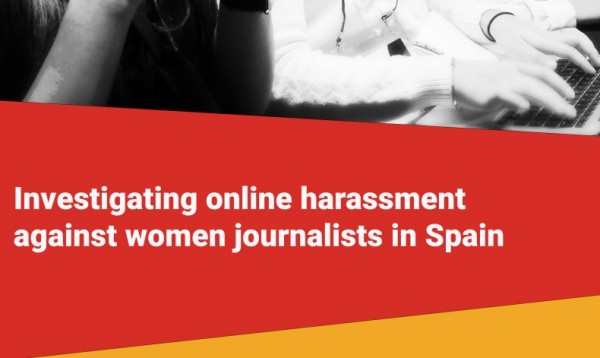 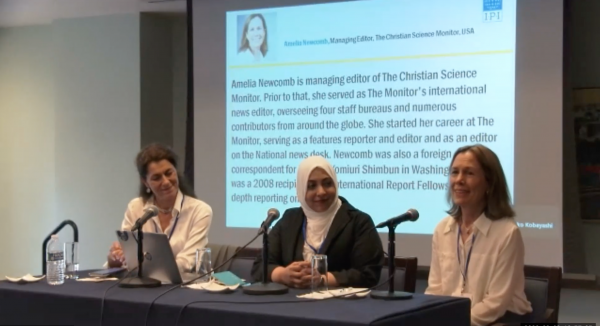