The leader of the Poland's ruling party, Law and Justice (PiS) Jaroslaw Kaczynski, who has long been in favour of “repolanising” the country’s foreign-owned media. 26 October 2020. EPA-EFE/Radek Pietruszka

A long-feared, Hungary-style takeover of independent media in Poland gathered pace this week as a state-controlled energy giant announced the acquisition of a media company with more than 20 regional dailies, 120 weekly magazines and 500 online portals across the country, the International Press Institute (IPI) warned today.

IPI said the purchase of Polska Press represented a worrying victory for the Law and Justice (PiS) party in its efforts to “repolonize” the country’s foreign-owned press and concentrate media in the hands of the government.

It also called on Brussels to recognize the continued and brazen attempts to run roughshod over EU values in bringing the media under greater government control.

On December 7, the state-controlled oil refiner and petrol retailer PKN Orlen announced that it would purchase 100% of the shares of Polska Press from German company Verlagsgruppe Passau for a reported PLN 120 million (€27 million).

As one of the country’s largest media companies and owner of 20 out of Poland’s 24 regional newspapers, Polska Press has long been a target of PiS’s plans to “repolonize” and “deconcentrate” the media landscape.

In recent years, the government has repeatedly sought to pass legislative changes which would have forced foreign owners to sell up and leave. However, these proposed laws were met with strong political and diplomatic pressure from the U.S and the EU, forcing the Ministry of Culture to shelve the plans and the government to look for alternatives.

IPI Deputy Director Scott Griffen said by now accomplishing the purchase of Polska Press without legislative changes, the government had engineered the takeover of a foreign media company without provoking another head-on collision with the EU at a time when relations were already strained, thereby quietly opening the door to the appointment of pro-government journalists and censorship of critical voices.

“This is repolonization by other means”, Griffen said. “The sale of Polska Press represents a major and historic setback for press freedom and pluralism in Poland and damaging blow for independent journalism, which had remained strong in the country despite great pressure.”

“In addition to numerous daily titles, the government now has unparalleled access to an average over 17 million monthly readers. While Orlen’s CEO may characterize this as a simple business investment, it appears clear that its true purpose is aiding PiS in nationalizing foreign press and bringing independent media to heel.

“In doing so Warsaw is emulating the tactics used by the government of Viktor Orbán in Hungary, where the government also mobilized state power and state resources to push foreign media owners out of the country, buy up independent media and flip the editorial line. The situation in Hungary today, where nearly all mainstream media are under government control, illustrates where this model of media capture can lead, and underscores the urgency with which Poland’s partners and allies in Brussels and Washington must push back and this effort to undermine press freedom and media pluralism.

“Unfortunately, if the government’s treatment of the public broadcaster in 2016 is anything to go by the editorial independence at these regional titles is likely to come under sustained pressure to tow the party line. In the worst-case scenario, many of these titles could end up the same as the public TV, propaganda machines of the ruling party.” 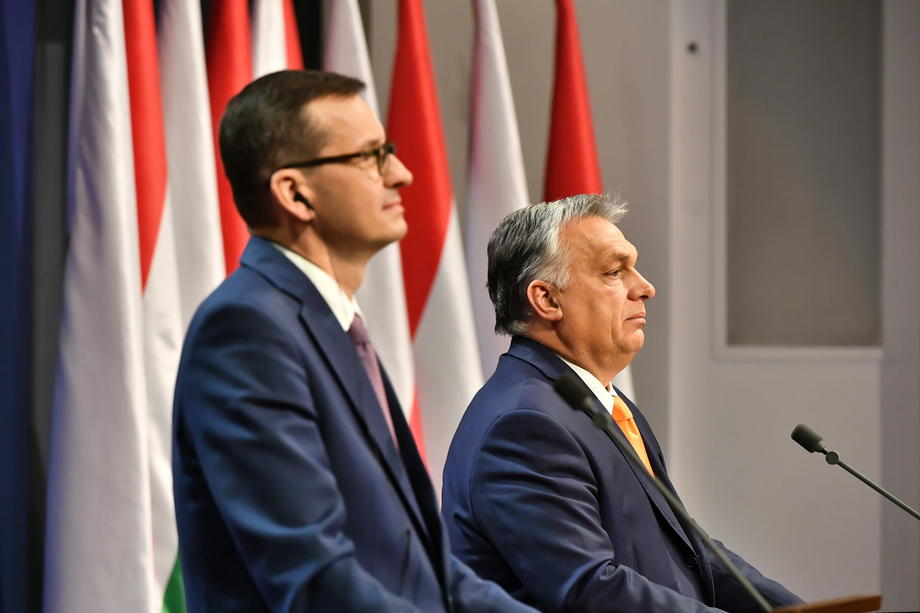 Griffen added that ironically the announcement came as Poland remains in a stalemate with the EU over Article 7 proceedings and the release of EU recovery funds. Warsaw and Budapest have threatened to veto the multiannual budget if funds are tied to respect for the rule of the law and media freedom.

“This purchase shows how high the stakes are”, Griffen added. “At precisely the same moment in which Poland and Hungary are fighting tooth-and-nail to block mechanisms intended to protect the rule of law in the EU, Poland is already busy undermining the rule of law and democratic norms further.”

While the deal still has to be approved by Poland’s competition authority, UOKiK, the body has been stacked with pro-government figures since 2015 and has been used to block and delay acquisitions from media companies considered “opponents” of PiS. If approved, the deal would likely be completed in early 2021.

Polska Press generated revenue worth 400 million zlotys (€90m) in 2019, Orlen said in a statement. Orlen itself is listed on the Warsaw stock exchange and its sales last year were worth 111bn zlotys (€25bn).

The government holds a controlling 27.5 per cent of the company’s stock and its CEO, Daniel Obajtek, was appointed by the government and is a supporter of PiS party leader Jarosław Kaczynski.

Under Obajtek’s leadership, Orlen has directed public advertising revenue away from media critical of the government towards those who favour Law and Justice.

This distortion of the market by Orlen and other state-owned companies have resulted in the formation of various right-wing media outlets springing up in recently years to reap the financial benefits.

The deal also hands Orlen control of six printing works across the country and greater control over distribution of newspapers. Last month the energy giant also completed the purchase of a 65% stake in newsstand operator Ruch, which has a network of 1,300 newspaper kiosks across the country, leading to concerns that media unfavoured by the government would be poorly displayed. Similar tactics were used in Orlen’s network of petrol stations after PiS were elected in 2015.