A picture made available on 19 April 2014 shows Hamid Mir (R), a senior Pakistani journalist and host of his TV talk show Capital Talk, at the studio with Pakistani politicians in Islamabad 20 February 2013. According to media reports, Hamid Mir was severly injured on 19 April 2014 after unknown gunmen fired at his vehicle in Karachi, Pakistan. EPA/SOHAIL SHAHZAD

The International Press Institute, a global network of editors, media executives and journalists for press freedom, today vehemently criticized the government of Pakistan for reportedly putting pressure on GEO News channel to take off air well-known journalist Hamid Mir who had criticized the country’s military.

According to media reports Geo News channel informed Hamid Mir today that his show “Capital Talk” would now be hosted by a different journalist. Although the channel did not give a reason for taking Mir off air, Geo News was reportedly under pressure from the government to replace Mir after he criticized the military on May 28 at a rally held to protest against the attack on another journalist, Asad Ali Toor.

In a tweet, Mir alleged that his family has also been threatened. “Nothing new for me. I was banned twice in the past. Lost jobs twice. Survived assassination attempts but cannot stop raising voice for the rights given in the constitution. This time I’m ready for any consequences and ready to go at any extent because they are threatening my family”, he wrote.

“IPI is disturbed by reports that Pakistan’s government pressured Geo News into removing Hamid Mir from his show”, IPI Deputy Director Scott Griffen said. “That the government apparently is seeking to punish Mr. Mir for his comments while protesting an attack on another journalist is not just ironic but outrageous in a country with one of the highest rates of impunity for attacks against the press. Pakistan should focus on finding those responsible for acts of violence against journalists instead of putting pressure on critical voices.”

Although Geo News said that Mir will continue to work with the organization, journalists groups and civil society organizations have condemned the move.

The Pakistan Federal Union of Journalists in a statement demanded an explanation from the channel for its actions. “The Geo management should let the journalist fraternity know what prompted them to take such a decision within 72 hours of Hamid Mir’s speech in front of the National Press Club on Friday where he condemned non-democratic forces for lodging attacks on media persons and Asad Toor”, the statement said.

The Union said that it was a blatant attack on press freedom. “First journalists are attacked and when media persons protest against such attacks, the government employs fascist tactics to silence them”, it said.

The Human Rights Commission of Pakistan described the decision of Geo News as a tipping point for press freedom in the country. “Mr. Mir was right in voice his concern about the safety of his peers and colleagues following the vicious attack on reporter Asad Ali Toor. That Mr Mir has been promptly silenced and his family allegedly threatened is now a tipping point for freedom — and one that will not be resolved through the optics of law-making in the shape of the long touted and heavily criticised journalists’ protection bill,” the Commission said in a statement posted to twitter.

According to IPI’s data, attacks and intimidation of journalists in Pakistan have spiralled since the beginning of the year.  On March 18, a reporter for Royal New TV and a member of Pakistan’s Hindu minority, Ajay Laalwani, was shot dead by a group of armed men. The police said that they had identified the killers, but no arrests have been made so far.

Earlier, in February, the head office of Jang-Geo Media Group in Karachi was ransacked and vandalized by a marauding crowd, who also attacked staffers present in the office. Later, police arrested 13 people in connection with the attack.

Last month police raided the Press Club in Wana district in Pakistan on April 11 and arrested journalist Ala Khan Wazir. The members of the Press Club held a demonstration demanding that their colleague be released, and action be taken against those police officers who raided the press club. 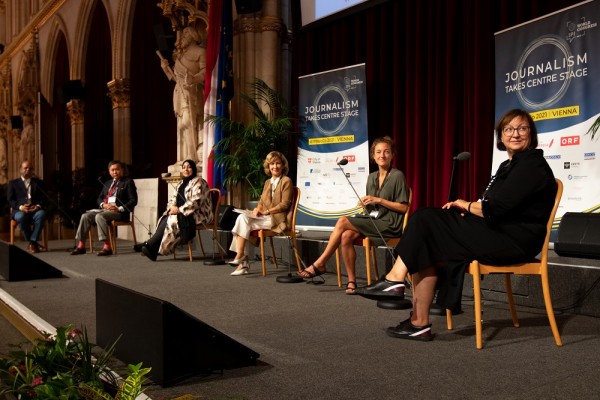