The IPI global network condemned the labeling of two Russian media companies and two journalists as “foreign agents” by Russian authorities. The move, which is part of a months-long crackdown on activists and journalists, discredits their work and endangers their financial survival. IPI urges international condemnation of the escalating assault on media freedom.

On September 29, the Russian justice ministry declared the names of two media companies as foreign agents. The outlets labeled as foreign agents are independent outlets Mediazona and OVD-Info, as well as Mediazona’s chief editor, Sergey Smirnov, and its publisher Pyotr Verzilov. Furthermore, Russia expanded restrictions under which its citizens can be given the label, publishing a 60-item list of topics that could lead individuals to be registered as ‘foreign agents’, such as reporting on problems of the country’s military, space agency and security service.

The organizations now have to place a disclaimer at the top of every article, stating that the message “was created and/or disseminated by a foreign mass media outlet performing the functions of a foreign agent”. 22 individuals have been added to the ministry’s registry of “foreign agents”.

“In labeling new media organizations as foreign agents, Russia is increasing the pace of its attack on independent media, which is continuing after last month’s parliamentary election”, IPI Deputy Director Scott Griffen stated. “The label impedes news outlets from doing their jobs, including by harming their ability to gain and keep advertisers. The ‘foreign agent’ designation has nothing to do with making foreign funding transparent and everything to do with discrediting media outlets that report critically on the Russian authorities.”

For media companies, the foreign agent label has a major negative impact, interfering with their ability to build relationships with sources, readers and potential advertisers, therefore hindering the day-to-day work of media practitioners.

Mediazona is an outlet focusing on the country’s justice system, publishing reports on topics such as police torture and violence inside the country’s prison system. The human rights project OVD-info aims to cover every political arrest and prosecution in Russia. It also provides legal support to people detained at protests. Furthermore, Russia’s only election watchdog, Golos, was put on the foreign agent list.

Currently, Russia has declared more than 20 media outlets and dozens of individuals as foreign agents and this number is rising. Although it was hoped that after the recent parliamentary elections the listing of foreign agents would slow down, the current increase of the labeling suggests otherwise, which is a worrisome development for press freedom in Russia. Once a person is put on the list, there is no process for that person to be removed. 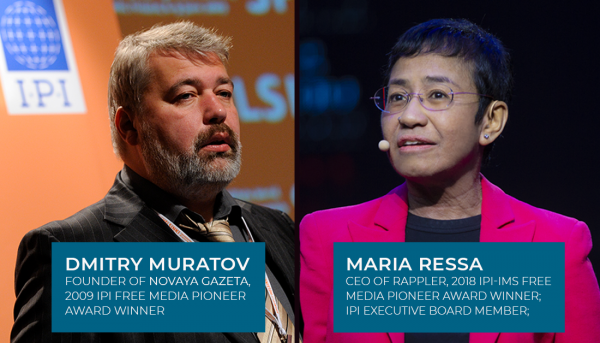