Jaroslaw Kaczyński, the leader of Poland’s ruling Law and Justice party (PiS), has initiated a criminal libel charge against the newspaper Gazeta Wyborcza for publishing reports about his reported involvement in the construction of a 190-meter-tall skyscraper in Warsaw.

The Polish state-owned news agency PAP reported that the newspaper would be subject to public prosecution based on a defamation complaint filed by Kaczyński due to the existence of a “legitimate public interest”. Under Article 212 of the Polish Penal Code, defamation committed via mass media can result in a fine or up to one year in prison.

“The PiS leader’s threat to bring charges against Gazeta Wyborcza for libel is an unacceptable act of retaliation against the newspaper for its critical reporting”, International Press Institute (IPI) Deputy Director Scott Griffen said.

He added: “This case is another example of the ease with which criminal libel laws can be abused by powerful figures to intimidate the press. These charges should be dropped immediately, and Poland should abolish defamation as a criminal offence. Civil remedies are sufficient to address alleged harm to reputation.”

Gazeta Wyborcza had reported on Kaczyński’s plans to build the skyscraper on a plot of land the newspaper said was given to him by political allies. Construction was to be undertaken by a company called Srebrna, closely linked to PiS, and with the help of a credit line given by a bank recently brought under state control. The newspaper also published several hours of recordings between Kaczyński and a businessman whom Kaczyński has reportedly refused to pay.

“These recordings were accompanied by the publication of documentation and witness testimonies substantiating the allegations”, Gazeta Wyborcza said in a statement provided to IPI. “Our articles are reliable and based on hard facts and documentary proof.”

The paper’s editorial board accused Kaczyński to attempting to deprive the newspaper of its right to freedom of expression. “This is an attempt to stifle criticism by the press, and in doing so to deprive the public of important, concrete allegations”, it said.

Article 212 of the Polish Penal Code has been the subject of several reform efforts. A number of Polish media and civil society groups launched a coordinated campaign for the repeal of Art. 212 in 2011, which observers say was broadly ignored. In 2012, Poland’s Ombudsman challenged the imprisonment clause before the Polish Constitutional Court, which ultimately dismissed the motion. In a 2015 interview with IPI, then-Ombudsman Irena Lipowicz said of the clause: “Even if it is a potential threat, it must be eliminated from the democratic state of law.” 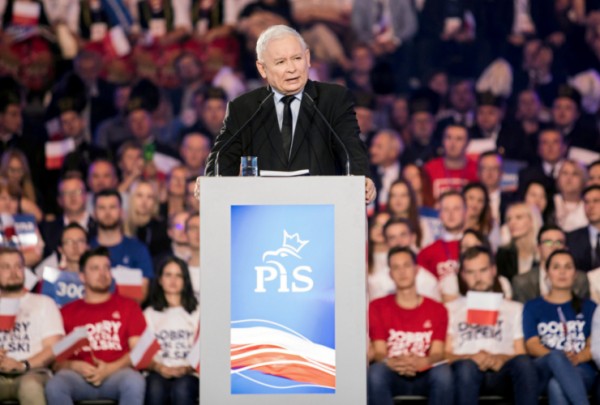