Defence Minister Antoni Macierewicz speaks during a ceremony in Warsaw, Poland on Feb. 4, 2016 to announce the decision of relaunching an inquiry into the death of President Lech Kaczynski in a plane crash in Russia in 2010. REUTERS/Slawomir Kaminski/Agencja Gazeta

Investigative reporter Tomasz Piatek could face up to three years in prison in a case that is being prepared by military prosecutors and could be heard by a military court.

The military bureau of the national prosecutor’s office confirmed last week that it had received a complaint from Macierewicz accusing Piatek of “using force or threats against a public official” and “public insults or humiliation of a constitutional authority” in connection with the book “Macierewicz and his secrets”, which was published in late June.

The book, which is the result of 18 months of research, describes the minister’s alleged political and financial ties with persons close to the Kremlin, to the Russian intelligence services and to Russian criminal organizations.

The full text of the letter appears below.

Reporters Without Borders (RSF), the European Centre for Press and Media Freedom (ECPMF), European Magazine Media Association (EMMA), European Newspaper Publishers’ Association (ENPA), the European Federation of Journalists (EFJ), Freedom House, the Global Editors Network (GEN), Index on Censorship, the International Press Institute (IPI) and the South East Europe Media Organisation (SEEMO) are very concerned about the criminal proceedings you have brought through the military bureau of the Polish prosecutor-general’s office against the investigative journalist Tomasz Piatek in connection with a book he has written.

You accuse this journalist of “using force or threats against a public official” and “public insults or humiliation of a constitutional body” – charges that could result in a three-year jail sentence.

In our view, there are absolutely no grounds for subjecting a civilian to military justice in connection with his writings.

The organizations signing this letter therefore urge you to abandon these proceedings against this journalist.

We understand that Tomasz Piatek is an investigative journalist of recognized standing and that the book is based on 18 months of research and reporting.

As a prominent representative of the Polish state, using the prerogatives of your position to suppress criticism that has been levelled against you undermines the rule of law and helps to project a very damaging picture of respect for media freedom in your country. Like all other citizens, government ministers have other means at their disposal if they want to dispute allegations they regard as erroneous.

This latest attempt to intimidate a journalist seems to be part of a broader two-year-old offensive against freedoms in Poland that could be aggravated by the controversial proposed reform of the judicial system.

We thank you in advance for the attention you give to our letter. 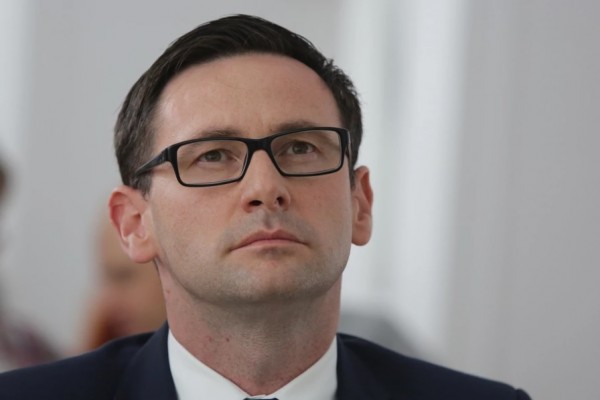