The coronavirus has wreaked havoc on media houses in India, but the lockdown-induced focus on digital platforms has enabled media start-ups to grab unexpected opportunities by identifying niche markets and scaling up. By Laxmi Murthy

Suno India (“Listen up, India” in Hindi) is a podcasting media company that is filling local news gaps across southern India. Built on an initial product base of deeply reported narratives, Suno India seized the demand for information about COVID-19 to pivot to harder news. Supported by a journalism emergency fund from Google, Suno India began producing two-minute audio bulletins distributed on social media, particularly WhatsApp, to put out verified facts amid the flood of myths and misinformation about the virus. The bulletin hit the news spot, quickly building an 8:00 pm listening habit when people waited for the bulletin to make sense of the pandemic, the vaccines, and health responses.

Emerging from the pandemic, however, Suno India is recommitting to its long-form audio base, which is replacing the country’s general podcast culture – bantering talk shows dominated by strong personalities – with deeply reported narratives and storytelling. Suno produces content in the under-served Telugu language as well as Hindi and English. Special episodes are also broadcast in Tamil and Urdu.

“Very few had taken the leap into narrative or reported-narrative podcasts. No one had done a series based on a single topic. That’s the gap we wanted to fill”, DVL Padmapriya, co-founder and editorial lead of Suno India, says.

India lacks a tradition of news media using audio as a medium for reporting and journalism. Suno India grabbed the opportunity: they surveyed the market through secondary sources, and found that narrative gap. Merging their skills of journalism, policy advocacy, and digital expertise, the outlet’s three co-founders launched Suno India as a multilingual and multigenerational podcast in 2018, based in Hyderabad and New Delhi.

After a couple of pilot shows in Hindi and Tamil around the elections, the editors identified a further niche in the Telugu-language community, which is relatively underserved despite being the 11th-most widely spoken global language, spoken by about 82 million people (and therefore with more native speakers than, say, Korean or German), largely in the southern states of Andhra Pradesh and Telangana.

No movers, only shakers

“As a platform we believe in processing information slowly, synthesizing it thoroughly, and only then putting it out”, Padmapriya says, explaining Suno India’s focus on topics such as tuberculosis, rare diseases, climate change, technology, and governance.

Audience reaction also drives their topics: after a mini-series on the LGBTQIA+ community was well-received, they launched a full-fledged show called Pride and Prejudice, a series they say is “made by, of and for queer people, because representation matters”.

Despite scaling up during the 3.5 years of their existence, they want to remain true to “the mission of looking for underreported or underrepresented communities and telling those stories”, staying with the reported narrative path rather than the talk show format.

“Our audience is the average middle-class person. We don’t know if farmers themselves are listening, but others are listening to farmers we feature on our episodes. Shaking people up and making them think about other communities, and what’s happening to others. This is what our show does”, Padmapriya says.

Children form another large chunk of listeners. Kathey cheppava Ammamma (“Tell me a story, grandmother”), a podcast of Telugu stories for children, addressed a much-needed gap. The show has reached into the large Telugu-speaking diaspora in Singapore and the U.S., whose members want their children to be raised with a familiarity with their mother tongue, and with contemporary stories, beyond just old mythological tales.

Tune in to our storytelling #podcast “Katha Cheppava Ammamma” featuring informative moral stories for kids all of the ages!

The success of programming in Telugu, whether children’s stories or the news show Samacharam Sameekhsa, hosted by Ayesha Minhaz, shows the demand for regional-language media within India.

Samacharam Sameeksha is a news and analysis programme about India’s two Telugu-speaking states, Telangana and Andhra Pradesh. It was only a couple of episodes old in February when COVID-19 swept across India. The show crossed 60,000 listeners after just 11 episodes, confirming the need for information and news-led shows in regional languages.

Suno India is building on the realization that listeners in regional languages are interested in their own culture and traditions, and it has further shows in the pipeline in this area.

Another gap is being filled by Suno India’s Hindi show Raah (“Path”), which offers career guidance aimed at 17 to 25 year olds, highlighting unusual career fields. It is particularly aimed at “Tier 2” Indian cities such as Indore (with a population of about 2 million) and Allahabad (1.1 million). These smaller cities – by Indian standards – and towns lack the media consumption patterns of larger metropolises.

Suno India’s audio format makes it easier to reach a much wider audience. “What’s working for us is that listening doesn’t need literacy. Also that our files, smaller ones, just 10 MB, can be downloaded and shared on WhatsApp”, Padmapriya says. She adds that it’s been rewarding to reach out to a younger age group that is still trying to figure out their lives.

From bootstrapping to sustainability

Suno India was launched as a for-profit company with personal savings and contributions from well-wishers. A grant from the Indian Independent and Public Spirited Media Foundation helped them scale up. Steady revenue from producing shows for think-tanks, corporates, and NGOs has kept Suno India going. Subscription and other models are being explored for long-term sustainability.

In August 2020, in the midst of the pandemic, Shobu Yarlagadda, a film producer and co-founder and CEO of Arka Media Works, came on board as an angel investor. With an alignment of mission and values, Yarlagadda’s trust and investment provide much-needed security to experiment, innovate, and even make mistakes.

The alignment has other benefits, too, explains Padmapriya. “When we ask him for advice, he’s good at it. He knows the industry. He’s very keen about podcasting and also where it can potentially help us move forward. It’s important to have investors who understand your mission, values, and vision and who … trust your vision.”

Despite the influx of revenue, Suno India wants to retain a lean team. “We want to make sure that our team size doesn’t suddenly become big”, Padmapriya says. “I think that’s one of the pitfalls of a lot of startups. Once they get an influx of money, they start hiring people and grow. But we are trying to stay slim and efficient and work more collaboratively. This is a time, honestly, for collaborative journalism.”

In 2021, Suno India was selected as one of 10 digital media companies from India to participate in the first round of the Google News Initiative Startups Lab India. This 16-week lab will help participants think about audiences, product development, and sustainability.

“Suno India is super unique even in the digital media space, so how do you monetize, how do you get business to support us in a more sustainable manner?” – these are questions that Padmapriya hopes to be able to answer after completing the lab.

They’ll use their time in the lab to deepen their audience research and product-development skills. “Sometimes you think you’re giving the audience what they must hear or what they should hear, but sometimes it’s good to also know what it is that the audience actually wants to hear”, Padmapriya says.

Building a love for audio

Padmapriya says the Suno India initiative resonates with journalists, who are willing to contribute to an effort they believe in, by hosting shows and sending in pitches. “We’ve built a nice community of journalists and that is expanding”, she notes. “Though the core is just the six of us, independent journalists who host our shows part time have fallen in love with the medium. I hardly have to tell them to do a story – they come to us with pitches.”

They are also helping to build audio journalism capacity more broadly and are called on to provide training in journalism schools and beyond.

“That’s a key value proposition that you’re bringing to Indian journalism as a whole. We’re showing that there’s a lot of scope for audio journalism”, Padmapriya says. 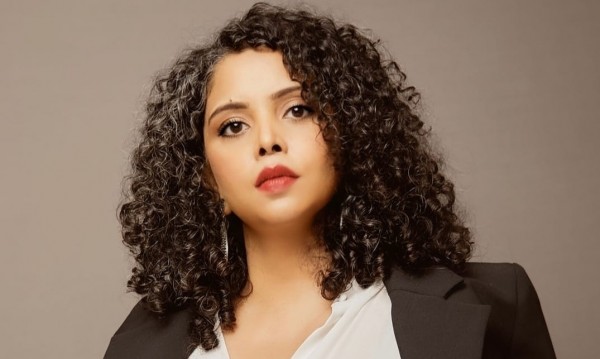 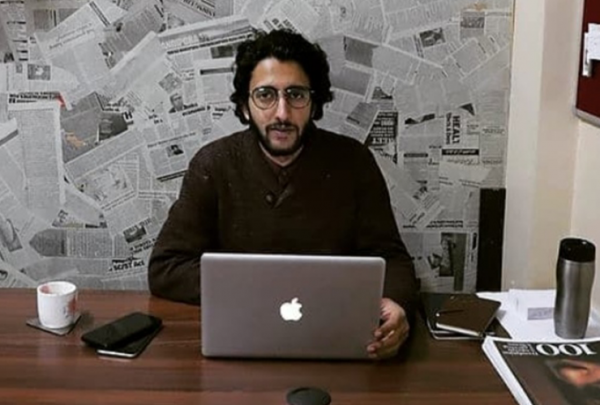