Pakistani journalist Cyril Almeida received the 2019 International Press Institute (IPI) World Press Freedom Hero award at a special ceremony as part of the 2019 IPI World Congress in Geneva, Switzerland, on June 5. At the same ceremony, the 2019 Free Media Pioneer award was conferred on Egyptian news site Mada Masr. Both awards are given by IPI in partnership with International Media Support (IMS).

A columnist and assistant editor with the English-language daily Dawn, Almeida is widely respected for his critical coverage of Pakistan’s powerful military and its direct or indirect involvement in political affairs. That scrutiny has made both him and Dawn a target of intense harassment.

In 2016, Almeida was banned from leaving the country and dragged before a military tribunal after publishing a story regarding the military’s protection of certain extremist groups. Last year, he was charged with treason over an interview with former Pakistan Prime Minister Nawaz Sharif in which Sharif indirectly suggested that Pakistan’s military aided the militants who carried out the 2008 terrorist attacks in Mumbai, India. Proceedings in the case remain open. Treason is a potentially capital offence in Pakistan.

It’s an honour to recognize the courageous journalism done by Cyril and his newspaper. pic.twitter.com/vCSQqUNMvZ

Introducing Almeida, IPI Executive Board Vice Chair Beata Balogova said that despite facing vicious smear campaigns designed to portray them as traitors, Almeida and Dawn “are keeping the essence of journalism alive. Their bravery deserves our appreciation, because they are heroes of press freedom.”

Accepting the award, Almeida said Pakistan was experiencing the “greatest rollback of civil liberties, media freedom and political rights in a generation. Increasingly, only state-sanctioned dissent, politics and protest are allowed.”

He added: “Your support matters. Thank you for thinking of me, the paper I work for, and for thinking of the excellent colleagues at Dawn who continue their fight for independent journalism under our tremendous leader, the editor of Dawn, Zaffar Abbas.”

Launched in 2000, on IPI’s 50th anniversary, the World Press Freedom Hero award honours journalists who have made significant contributions to the promotion of press freedom, particularly in the face of great personal risk.

In 2017, the site was one of nearly two dozen critical outlets blocked by the Egyptian government for “spreading lies” and “supporting terrorism” – accusations the authorities routinely level against critical voices. The site was unique in launching a legal case against the 2017 website blockings. The case has since been referred for technical review to a panel of experts within the Justice Ministry.

Speaking to IPI prior to the ceremony, Lina Attalah, co-founder of Mada Masr, which publishes news in Arabic and English, said that on behalf of the entire team of Mada Masr she was “grateful for such international recognition”.

Congratulations to @Linaattalah and the entire team at @MadaMasr, our 2019 Free Media Pioneer. ?

Together with @forfreemedia, it's an honour to recognize Mada Masr's commitment to independent journalism in #Egypt. pic.twitter.com/gg0aSWR6X2

Attalah said the award made her and her team proud of the work they have been doing over the past five-and-a-half years, often under very difficult political conditions. ”This is one of the moments in which I am particularly proud”, she told IPI World Congress participants at the ceremony.

The annual Free Media Pioneer Award was established by IPI in 1996 to recognize news or media organizations that have made innovations that have promoted news access or quality, or benefited journalists and the media community, thereby ensuring freer and more independent media in their country or region. For the past four years, the award has been given in partnership with Copenhagen-based International Media Support (IMS). 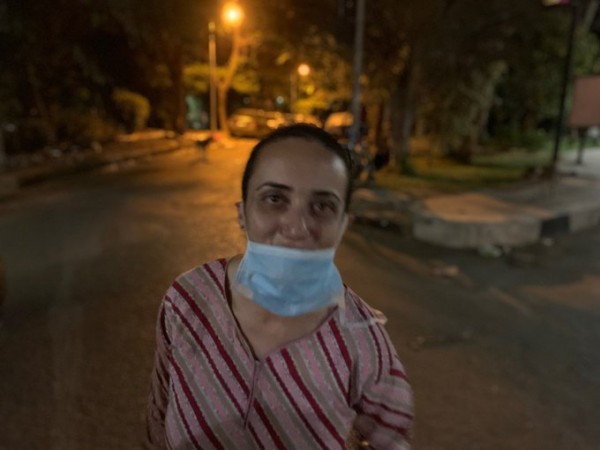