Over 600 COVID-19 related press freedom violations in past year

The demonstrators of the 'IoApro' movement during the demonstration of traders, shopkeepers and restaurateurs, in Piazza San Silvestro against the closures due to the directives of the Italian Government Anti Covid-19 of commercial activities, in Rome, Italy, 12 April 2021. EPA-EFE/ANGELO CARCONI

A little more than one year after the start of the global COVID-19 pandemic, IPI data show the extent to which media outlets and journalists have faced harassment and attacks while doing their jobs in reporting on the unprecedented health crisis.

Since February 5, 2020, IPI’s COVID-19 Press Freedom Tracker has recorded 620 press freedom violations around the world. Some 34 percent of these reports were about physical and verbal attacks on journalists, while 33.5 percent were about the arrests of journalists or charges filed against journalists and media organizations by governments. Some 14 percent of all the cases of violations relate to restrictions on access to information imposed by the governments.

Regional disaggregation of data shows that the highest number of violations related to arrests and charges were in the Asia-Pacific region, whereas physical and verbal attacks on journalists were the highest in Europe.

While the Press Freedom Tracker is likely unable to capture every press freedom violation related to COVID-19, the data clearly illustrate the pandemic’s impact on the exercise of journalism around the world.

Overall, nearly 200 violations linked to the pandemic were reported from the Asia-Pacific region, of which 107 were from four South Asian countries: Bangladesh, India, Pakistan and Nepal. As many as 71 journalists faced arrests and charges for their coverage of the pandemic and its consequences in those countries, while 32 cases of physical attacks and verbal threats were reported.

With 84 cases, India accounted for the greatest number of violations in the region. As many as 56 journalists were arrested or charged under various laws, and 23 journalists came under verbal and physical attack. The Indian government resorted to various tactics to prevent independent media from criticizing the government and reporting about the pandemic. In neighbouring Bangladesh and Nepal several journalists were arrested, and cases were filed against them.

Africa ranks second in terms of arrests and charges against journalists and media outlets. Zimbabwe reported the greatest number of arrests in the region, including that of prominent investigative journalist Hopewell Chin’ono. He was first arrested in July last year and once again in January this year for exposing COVID-related procurement fraud within the country’s health ministry.

An alarming number of physical and verbal attacks on journalists were recorded in Europe. A total 106 cases of attacks have been registered, of which more than 80 percent were by members of the public.

A recent IPI briefing on Europe lists Hungary, Romania, Spain, Turkey, Serbia, and Bosnia and Herzegovina as countries where new emergency restrictions or limitations on access to information threatened to impede media freedom. Turkey, which currently has 64 journalists in prison, refused to heed calls by human rights organizations to release them despite the threat of infection in prison.

In the Americas region as many as 117 violations were recorded, of which 31 cases were of verbal or physical attacks on journalists. Twenty-four journalists were arrested or charged and 22 incidents of denial of access to information were reported from the region. Venezuela and Honduras were among the top countries in terms of press freedom violations.

While some governments acknowledged that journalists and media outlets play a critical role in disseminating necessary information to help contain the crisis, many states imposed excessive measures that created impediments, preventing the media from reporting about the increasing number of cases and the shortcomings in official responses.

In several countries, journalists from independent media were denied access to press briefings and regulations were imposed to compel media organizations to report data provided by the government. In Azerbaijan, the government brought in a new law to prosecute publications that published ‘inaccurate’ information about COVID-19 and Turkmenistan banned the use of word COVID-19.

As many as 19 jurisdictions enacted new laws to clamp down on “fake news” and disinformation about the health emergency, which imposed restrictions on the media. Most recently, the Malaysian government took advantage of emergency powers to bypass parliament and introduce a regressive new regulation providing up to three years in prison for “fake news” on the pandemic or the state of emergency itself. Russia introduced legislation that imposes a fine of up to €21,000 and a five-year prison term for spreading “false information”. Other countries like Algeria, Bolivia, Cambodia and Uzbekistan, have brought in similar measures.

China, where the first cases of COVID-19 were reported, led the way in clamping down on the coverage of the pandemic. The government targeted independent reporters and citizen journalists who had exposed the extent of the infection. Many citizen journalists were detained, and the country also expelled foreign correspondents from leading international news organizations. It also supressed critical social media posts and restricted access to foreign news by blocking VPNs in the country.

As part of efforts to contain the virus, states introduced new surveillance measures, including the tracking of mobile phones, the use of track-and-trace apps and the expanded use of facial recognition. Singapore was the first country to announce that its track-and-trace app would be used for criminal investigations too. The increase in surveillance tools, even when ostensibly designed for public health purposes, raises serious concerns about the future of source protection and journalists’ privacy rights.

Flying the co-op flag: when your readers are also your publisher (May 19)

If it’s all about the readers, why not put them in charge? Through cooperatives or membe…
Read More 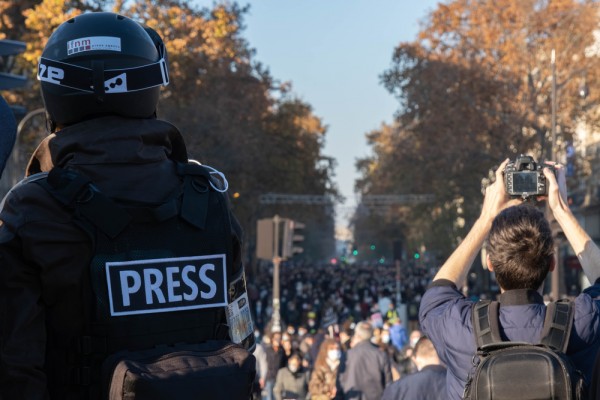