The International Press Institute (IPI) today strongly condemned the murders of three Mexican photojournalists and a newspaper employee, whose dismembered bodies were found wrapped in plastic bags and dumped in a canal in the state of Veracruz yesterday.

The gruesome discovery in the port town of Boca del Río came as IPI marked World Press Freedom Day, and less than a week after Mexican investigative journalist Regina Martínez was found beaten and strangled to death in her home in the Veracruz state capital of Xalapa.

The victims have been identified as Guillermo Luna Varela, a crime photographer for the website Veracruznews; Gabriel Huge Córdova, a photojournalist who previously worked for Notiver; and Esteban Rodríguez Rodríguez, formerly of the news website AZ and TV Azteca.  A fourth body was identified as Irasema Becerra, Luna’s girlfriend and an administrative assistant at El Dictamen de Veracruz newspaper.

Reports indicate that all three journalists had temporarily fled Veracruz last summer following the murders of two Notiver journalists.  Huge had recently returned to work as a freelancer for Veracruznews, while Rodríguez was reportedly working as a welder in an autoshop.

According to media accounts, the families of Luna and Huge reported the two journalists as missing Wednesday afternoon when the pair failed to answer their cell phones or the pocket radios that they carried as a security measure.  On Thursday, passers-by alerted police to suspicious-looking plastic bags in a wastewater canal.  The Veracruz state Attorney General’s Office said the four bodies bore signs of torture and had been dismembered.

IPI Acting Deputy Director Anthony Mills said today, “These grotesque killings come at the end of an already tragic week for the media in Veracruz and in all of Mexico.  We offer our deepest sympathies to the family, friends, and colleagues of all four of yesterday’s victims.  On a day designed to highlight the importance of free and independent media, these brave journalists had their lives brutally stolen from them.”

Yesterday’s chilling find reinforces the extreme risk facing journalists in Mexico, which last year was the deadliest country in the world for the media.  10 Mexican journalists lost their lives because of their work in 2011 according to IPI’s Death Watch.  42 have died since 2008.

The danger for journalists is particularly high in Veracruz, where competing drug cartels battling for control of the state’s largest cities have sent levels of violence skyrocketing.  Corruption is also rife: in December, the state government disbanded the entire police force in the port city of Veracruz and invited the federal navy in to patrol.

Four journalists were killed last year in Veracruz state, along Mexico’s eastern coast.  Notiver editor Miguel Angel López Velasco was murdered along with his wife and son – a news photographer – by gunmen who broke into their home in the city of Veracruz.  In June, a female police beat reporter for Notiver, Yolanda Ordaz de la Cruz, was found with her throat slit in Boca del Río after receiving anonymous threats.  Police last May discovered the body of Noel López Olguín in an unmarked grave after a drug gang leader confessed to kidnapping and killing Olguín two months earlier.

Mills continued, “The existential crisis facing Mexican media continues to grow.  The inability of Mexican authorities to bring those responsible for crimes against journalists to justice is empowering enemies of the press and allowing acts of violence against the media to be perpetrated repeatedly with impunity.  The resulting media self-censorship is dearly costing all Mexicans, who are being deprived of information about the forces ravaging their country.”

Despite the enormity of the challenge, Mills said he saw reason for hope, noting that the Mexican Senate last month finally passed a constitutional amendment that would federalise crimes against journalists.  While the amendment must first be ratified by the requisite number of state congresses, Mills emphasised: “it is absolutely critical that sufficient funds and resources be allocated to federal investigators so they can start supporting the work of regional and local law enforcement.”

On Monday, the Mexican House unanimously approved a separate measure requiring authorities to provide special protection – including bodyguards, armoured cars, and satellite phones – to threatened journalists, news reports said.  The bill, which had been unanimously passed by the Senate last week, will now to go to President Felipe Calderón for his signature.  IPI strongly urges the president to sign the bill into law.

The work of the Mexican media, Turati said, was now wrapped up in fear and basic survival. She wrote: “No statistic can reflect the horror, the feelings of censured or threatened journalists, who have lived with nightmares, who have their last will ready, or who have already been displaced from this earth.” 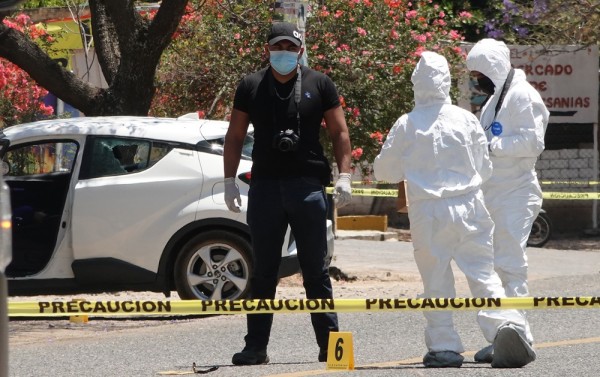