The International Press Institute (IPI) today expressed concern that a proposed media bill now before Tanzania’s Parliament will curtail freedom of expression and press freedom in the country.

The Media Services Act, 2016 will be tabled in Parliament today for final reading and is likely to be passed tomorrow. The bill is intended to replace two existing pieces of legislation, the Newspapers Act, Cap 229 and the Tanzania News Agency (Repealing) Act, Cap 149, which date back to 1976. The Newspaper Act, in particular, has been used to curtail press freedom in a number of instances.

Last June, IPI welcomed the withdrawal of the Media Services Act, 2015 after media groups and rights organisations argued that the bill purported to strengthen free expression and press freedom but instead would undermine those rights.

However, the Act has been quietly tabled again and it is believed that the enactment of the bill in its present form would have a greater negative effect on freedom of expression than the current legislation.

Among other things, the Media Services Act, 2016 would abolish self-regulation of the media by creating a statutory media council that would oversee all publishers, from major news outlets to bloggers’ sites. The government-controlled body would replace the current independent Media Council of Tanzania and have the right to ban newspapers and prohibit non-accredited journalists from publishing.

It would also introduce tough criminal penalties for offences such as defamation, sedition and publishing false statements, the descriptions of which have been copied directly from the Newspaper Act, 1976, and for offences under the Cyber Crime Act, 2015 and the Statistics Act, 2015.

“While IPI welcomes the initiative to repeal the draconian Newspapers Act and Tanzania News Agency Act, this new bill poses a severe threat to free expression and press freedom in Tanzania and is being hurried through Parliament without sufficient input from media stakeholders,” IPI Director of Press Freedom Programmes Scott Griffen said.

He added: “This measure has the power to completely subvert the media’s watchdog function by granting the Tanzanian government the right to license journalists and punish those who publish things it doesn’t like. We urge Tanzanian lawmakers to heed demands by media groups to push debate of the bill to the February session of Parliament in order to allow for a further exchange of views with the media sector and civil society at large and to revise the bill to ensure that it meets international standards and best practices on freedom of expression.”

Sections of the Media Services Act, 2016 that media groups in Tanzania regard as particularly threatening to press freedom include:

Section 3: Interpretation
The Act defines “media as “radio, television, newspapers, journals and magazines, and includes online platforms”. The inclusion of online platforms and social media in the bill is regarded as a further restriction on freedom of expression and of the media.

Sections 6 & 8: Licensing of media houses
The Act provides for licensing of electronic media (S6) as well as print media (S8). Community media are not recognised under the bill.

Section 7: Obligations of media houses
This section requires media houses to “broadcast or publish news or issues of national importance as the government may direct.” It also qualifies “restricted” information that the media should not cover.

Section 10: Licensing of journalists
This section provides for an Accreditation Board with powers to accredit and issue press cards, as well as to “suspend or expunge journalists” for committing “gross professional misconduct as prescribed in the code of ethics for professional journalists”.

Section 23: Statutory media council
This section establishes a statutory Independent Media Council of which all accredited journalists must be members. The Council, together with the Accreditation Board, would enforce government prescribed professional standards and deal with complaints, thereby overriding the voluntary Media Council of Tanzania.

Sections 32-38: Defamation
Part V of the bill deals extensively with defamation and libel, with many sections having been lifted from the Newspaper Act, 1976.

Section 47: Offences relating to media services
This section provides for situations termed offensive and includes “information which is intentionally or recklessly falsified” and threatens the “interests of defense, public safety, pubic order, the economic interests of the United Republic, public morality or public health.”

Section 49: Seditious intention
This section defines seditious intention in sweepingly broad terms as “an intention to bring into hatred or contempt or to excite disaffection against the lawful authority of the Government of the United Republic”.

Section 56: Powers of seizure
This section of Part VIII, General Provisions, provides the Director of Information Services Department with broad powers to seize equipment belonging to media houses that have been “established, installed, maintained, operated or provided in contravention of [the] Act”.

Key recommendations put forward by the Tanzanian media sector include: 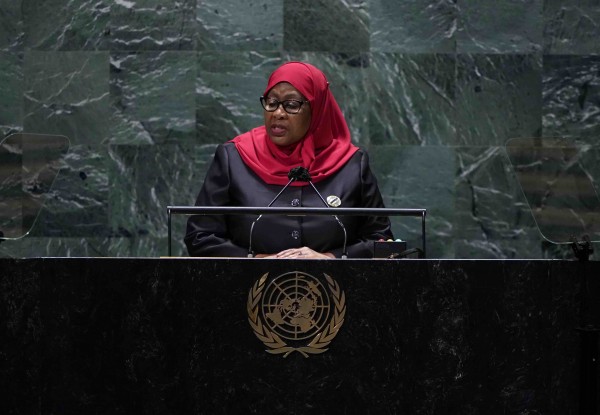