A large group of young people pelts the police present with stones and fireworks in Rotterdam, The Netherlands, 25 January 2021. EPA-EFE / Killian Lindenburg / MediaTV

A little more than two years ago, a stone was thrown through Chris Klomp’s window by an anonymous perpetrator. Although Klomp, a freelance Dutch journalist who is very active on social media, had received many online threats before in his 20-year career, it was the first time someone actually came to his house and used physical violence.

Klomp also found a letter tied to his door, threatening that if the journalist did not remove all his social media accounts, the perpetrator “would come back”. “After that happened, I received an emergency button that brings me in immediate contact with a private security company when needed”, Klomp told IPI. “I always carry it with me.”

Finding Klomp’s home was relatively easy for the perpetrators, as his business is registered with the Dutch Chamber of Commerce (KVK), which is mandatory for all companies, including freelance journalists. Registration includes the company’s address, but also home addresses of the owners, phone numbers and VAT tax numbers. Despite criticism, the chamber has been legally allowed to sell this information to third parties, regardless if a company prefers this or not.

The publication of the information has long been criticized by Dutch opinion makers and journalists, since it means they can be easily traced to their homes and threatened there. Derk Wiersum, a Dutch lawyer, was murdered for doing his job in 2019. His address was found via the database of the Chamber of Commerce.

“There is a real threat for journalists to experience violence in their personal homes”, Peter ter Velde, coordinator of the journalists’ safety project PersVeilig, told IPI. According to Thomas Bruning, secretary of the Dutch journalists’ association NVJ, reports of intimidation against journalists have doubled the past year. “This shows: you can say the threats are just online, until they aren’t”, Ter Velde added.

The fact that the Dutch Chamber of Commerce does not protect home addresses creates a feeling of danger, Klomp said. “People will simply look for you at the Chamber of Commerce and they know where you live. It’s scary. I receive many online threats. But you never know when they will actually stop by.”

Changing the mandatory registration of freelancers’ home addresses has been on the Dutch political agenda for the last couple of months, following renewed criticism from politicians, journalists and opinion makers.

Now, change is on its way. From 2022 onwards, the Dutch Council of Ministers agreed that third parties can no longer access freelancers’ personal information anymore, such as home addresses and phone numbers: only government organizations can still access this. The decision was long overdue, as the Dutch parliament had already accepted several resolutions to hide freelancers’ personal information in January 2021, but the responsible secretary of state refused to implement the resolution in practice, stating it would contradict EU law.

Now, ministers have decided to protect personal information but not the company’s information. “A step in the right direction, but far from enough”, Bruning responded. He emphasized that companies’ addresses will still be accessible to all. For freelancers, this is a problem, since their companies are mostly registered at their home addresses. “Only when freelancers hire an office this can be avoided, but not all freelancers want this or can afford this”, Bruning explained. Freelance journalists therefore remain vulnerable, even under the new law.

After previous discussions on the safety of freelancers, two years ago the journalists’ association arranged that Dutch freelancers can register the NVJ address as their company address, but only after individual journalists request this. “Especially after the debate in Dutch parliament the number of freelancers who came to us has grown”, Bruning explained.

Currently, around 50 journalists have registered the NVJ address at the Dutch Chamber of Commerce. Klomp is one of them. Although the number of requests usually rises after parliamentary debates on the issue, Bruning explained, the exception is specifically targeted at freelancers who experience threats or intimidation. Registration in advance is not always possible.

It is therefore a temporary solution, Bruning emphasized. “This measure is far from optimal”, he said. “It does not tackle the most fundamental problem: that it cannot be arranged preventively: journalists need to experience fear, threats or intimidation, physical or online. But then you are, in fact, too late. Those with bad intentions may have already succeeded in finding you. And when that information is on the internet, it is not easy to remove it afterwards.”

After the stone broke through his window, Klomp has increased security around his house, adding cameras. “I have thick skin, I can handle some negative comments and online intimidations. But the fact that people could find out where I live is scary: since you don’t know when online harassers will actually come to your house, like they did before.” 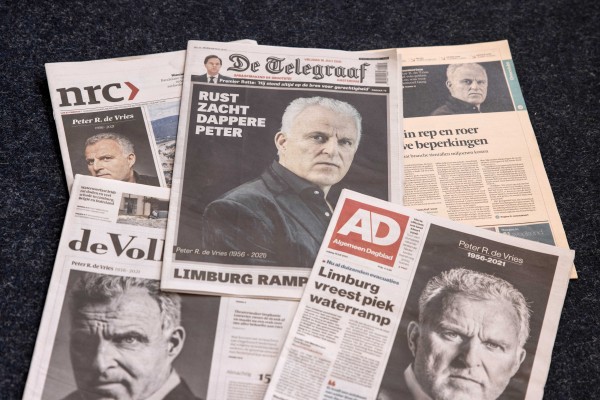 Netherlands: Media freedom mission on the safety of Dutch journalists